Sparks fly from the cutting saw that mas designer Clarence Forde is putting to a metal rod. At the Toronto. 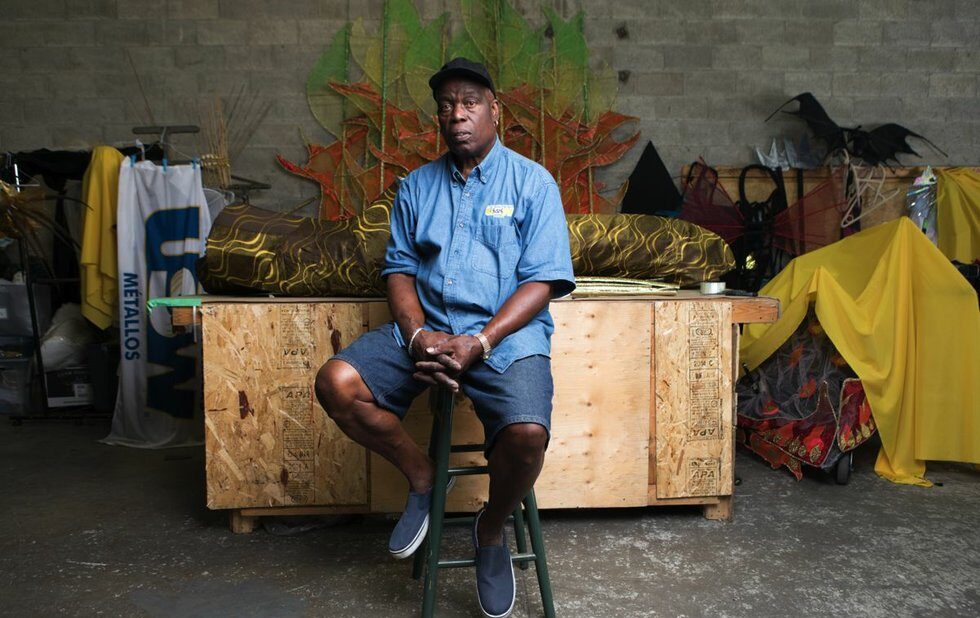 Sparks fly from the cutting saw that mas designer Clarence Forde is putting to a metal rod. At the Toronto Revellers mas camp in Scarborough, hes at work on the frame for a King and Queen showcase costume that is shrouded in secrecy but, he tells me, will be a sartorial critique of global warming. Taking a break, Forde pulls up a stool to talk about the history of carnival and its costumes.

For the past three years, hes led a traditional mas, called Ol Time Carnival, which took place on July 29 in Confederation Park. It celebrates traditional stories and characters such as the Dame Lorraine, Blue Devil, Fancy Sailor and the West African Moko Jumbie.

This fall, hes piloting a project underneath his Cajuca Mas Arts Producers banner, which he runs with wife and artistic designer Jackie, and in partnership with the Toronto District School Board. Hell teach grades six and seven students from Glen Park Public School how to create small head, chest and shoulder pieces based on the Fancy Sailors. The initiative has the potential to travel to more schools and aims to engage the younger generation in the culture of carnival and its techniques.

A native of St. James, Trinidad, a significant hub for mas, Forde came to Toronto in 1968 and has been designing since that time. He didnt learn about carnival history from books, many of which he finds favour a European origin story, but from his uncle, who was taught by his uncle, a Zulu forcibly brought to the Caribbean to work the plantations. In his own words, Forde shares part of the oral history that was passed down to him:

The plantation owners had a system that when somebody in their family died, they would throw away their clothing. The plantation workers took those clothes and made them into costumes that mocked the owners. Late at night, they would go by the owners window, wearing masks to hide their faces, to frighten them. Imagine, youve just had a deceased and youre seeing someone at your window looking like them. The workers would then run, but some of them were caught and killed because they couldnt get away fast enough.

Mas is an emancipation celebration. During the Canboulay riots [in 1881], the colonial system wanted to put a stop to it, but the people rioted for the right to have their carnival.

Were trying to upkeep the history of carnival so others realize the pains our people went though just to celebrate their freedom, the pain they endured to get out there and do it. This is why it motivates us.