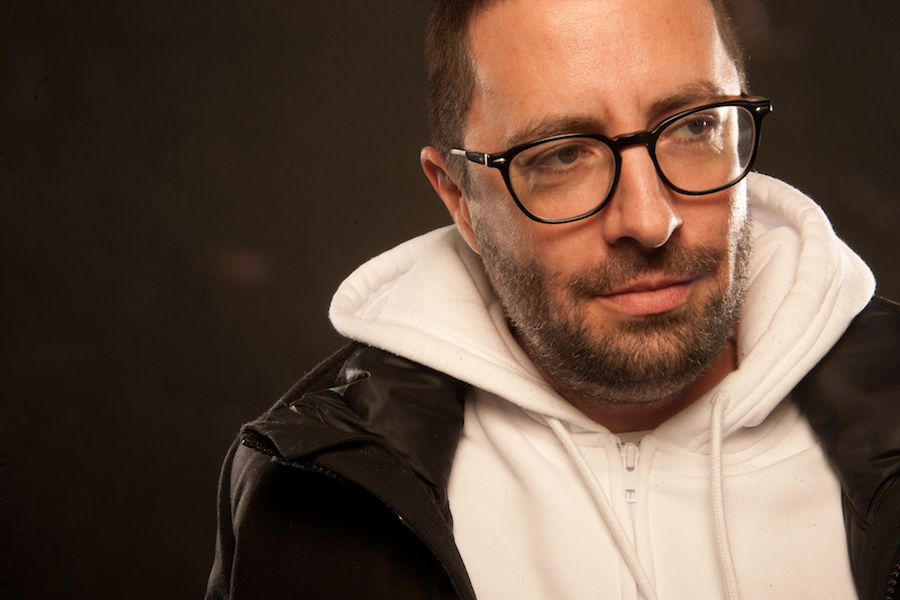 Even though we’ve produced some of the funniest people on the planet, Canadian comics don’t get the respect they deserve – especially when they’re just starting out. But for the past decade, Barry Taylor has worked to change all that.

Ten years ago this month, he and partner Tim Golden formed Comedy Records, the first Canadian record label to exclusively produce stand-up and sketch albums. Their debut offering was a compilation album featuring 11 rising comics – all of them guys (we’ll get to that later) – most of whom didn’t have agents or representation. They were just terrific acts Taylor and Golden were regularly seeing wow audiences at smaller clubs.

“These were guys we thought were great but weren’t represented by anyone,” says Taylor. “John Hastings may have been working with Yuk Yuk’s at the time, but Trev [K. Trevor Wilson, of future Letterkenny fame], Dave Merheje and Matt O’Brien… no one was working with them. And we could just see that they were all going to be great. We were at the clubs a lot more frequently than other people in the industry, so we could see who was killing on a nightly basis.”

A list of performers who have produced albums at Comedy Records reads like a who’s who of the indie scene: Wilson, Arthur Simeon, Mark DeBonis, Steph Tolev, Rebecca Kohler, Sandra Battaglini, Hunter Collins.

Some of them – like Wilson, Simeon, DeBonis, sketch duo Jay & Eytan and Tolev – have stayed loyal to the label when they could have gone elsewhere. Many are part of the 10-year-anniversary album, which is streaming exclusively on SiriusXM right now.

“We paid [those artists] more than other labels would have, and we have a lot of relationships in America that we’ve built over the years and are continuing to build – with U.S. satellite radio and also clubs. We’ve got a show in New York that I think is the first monthly show for Canadians there. And Tim, as well as being a managing partner, is also a U.S. immigration lawyer, so he can help in getting visas through the U.S. part of our company.”

Many have moved to the U.S., of course – “there’s just such a ceiling here in Canada, after you’ve done Just For Laughs,” says Taylor. And he’s upset that in the Minister of Heritage’s recent announcement about COVID-19 emergency funds for culture, comedy wasn’t recognized.

“Sure, we could debate about whether the arts should be funded in this country – that’s fine,” he says. “But the fact that when the arts are funded, they refuse to include comedy, that just blows my mind.”

Something similar happened last year, when the comedy community rallied together to make sure the Just For Laughs SiriusXM comedy channel broadcast Canadian content, so Canadians could earn their significant royalties.

“Yeah, that was the great example of, ‘If Just For Laughs is allowed to broadcast American material, I am going to have to leave the country,” says Taylor. “I was all set to move to New York or L.A. So, it was great that it eventually turned around.”

Speaking of turning around, one thing that’s thankfully changed over the past decade is the rise of women comics – and, especially over the past few months – more diverse voices. That original Comedy Records compilation album was essentially a sausage fest.

“In hindsight, we should have included women on it,” admits Taylor. “I absolutely think there should be diversity and visible minorities on shows. Think of how a lot of Canadian comedy is run, though. The first thing [people think of] is: Do these people check boxes? And after that: Are they funny? I understand that. It’s a good thing. Maybe we’re at the point where things have to be that way. But we’ve worked with Arthur [Simeon] because he’s hilarious, not because he was born in Africa. We’ve worked with Dena Jackson and Steph Tolev because they are hilarious, not because they’re women.”

The fact that Comedy Records – and its artists – are making streaming royalties from past albums is a godsend, especially during lockdown. But what does Taylor think live comedy will look like in the near future?

“It’s going to back to normal at some point, whether that’s five years from now or longer,” he says. “We’re assuming we’re not going to be doing any live shows until January 2021, and even those I’m sure will be socially distanced. But as comic Ryan Belleville pointed out recently, the Spanish flu happened and things went back to normal.”

“I know everyone kind of hates the Zoom shows, but I think virtual shows are going to be a thing. Some have been successful. And the idea that a comic can perform in Toronto but be seen literally around the planet is cool. So there’s something there, once they figure out the format.”