Being Muslim In Canada comedy show went beyond Trump jokes 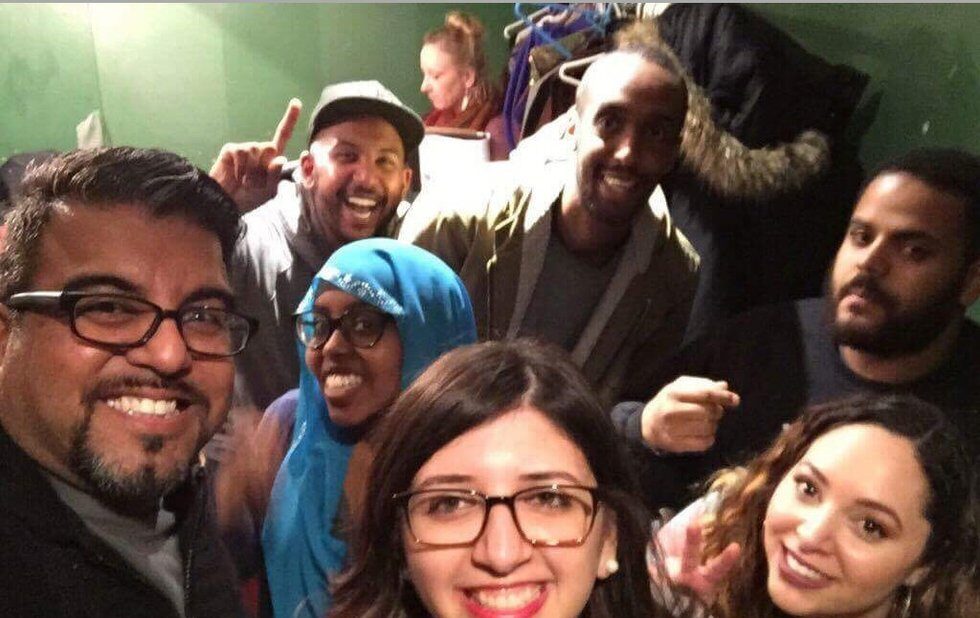 After Donald Trumps Muslim ban and the Quebec City mosque shooting, the comedians of Being Muslim In Canada: A Comedy Show know very well that the world is in a rough state right now. What better way to heal than to hold a night flipping the bird at societal bullshit? Comedy Bar was sold out last Saturday night, and all proceeds went to the Islamic Culture Centre for Quebec City.

From the start, it was clear there would be no pandering, and especially no stereotypes (thank god). Although the show was dedicated to Muslims, everyone was welcome. In fact, as host Nour Hadidi deadpanned, the comics came prepared by planting Qurans beneath each seat for non-Muslim audience members so that they could convert and get this show going already.

Hadidi, along with Hoodo Hersi, Guled Abdi and Ali Hassan, delivered strong sets that delved into personal experience, such as delayed reactions to racism that led them to make the wrong reply in that encounter, or feeling tired of how white feminism still exists.

While everyone had something to say about Trump and the Muslim ban, no one made their act dependent on it. The frustrating cultural navigations between family members came up more often than Trump, which was a relief. Muslim comedians dont owe you a weekend update on the news. Plus, jokes about being the failure kids of immigrant parents are funny in a comforting and relatable way.

The daughter of a Pakistani Muslim father and Russian Jewish mother (Im a MusJew), Allie Keith focused on how the expectations of marriage placed on her were doubled. At the back of the theatre, a group of women cheered in commiseration.

Reminiscing how his parents werent that overbearing about his heritage, Brandon Ash Mohammed said didnt even know he was Muslim until late into his childhood, despite having literally the most Muslim last name ever.

Xulf Ali would have had a solid act if the self-deprecating father of two hadnt made an offhand remark about his young son being a pussy on the soccer field. Though he rescinded the heterosexist comment in response to the crowds boos, the joke couldnt be saved.

The nights most memorable set, by Hisham Kelati, started with his tale about how, as an inspiring substitute kindergarten teacher, hed only give kids chocolate when they said Bismallah and ended with an endearing bit about how his mother won a difficult archery dodgeball challenge, much to the surprise of his family and a cynical arena employee. Kelatis candid delivery made it feel like he was telling stories to a group of friends. Now, thats how to work a crowd.

While each comedian has his or her own thing going on (Hassan debuted a new solo show, Muslim, Interrupted, last summer, and will be moderating the 2017 edition of Canada Reads), there should be more comedy nights like Being Muslim In Canada.

Its kind of nice not being the punchline for once.