The trailblazing Asian-American comic's 2002 special has barely aged at all, and some material resonates even more today 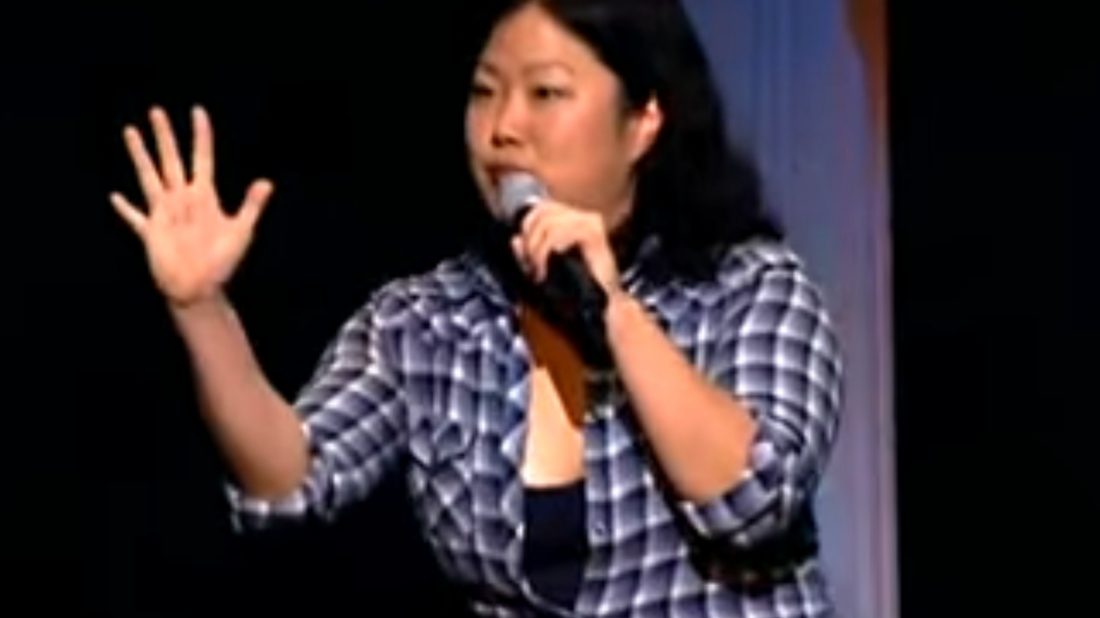 In this series, I look at some of the most famous comedy specials of all time to see how they hold up today. Some I’ve seen and will be rewatching; others will be new to me. But they have to have survived to become classics.

This week I’m focusing on Margaret Cho’s 2002 special The Notorious C.H.O. The comic, actor and singer still works regularly, but I think her trailblazing contributions to Asian and queer visibility remain underrated. Throughout, her comedy tours have been attended by the most diverse audiences imaginable, which you can see in the special’s opening interviews with fans pouring into the Seattle theatre to see the show. (There’s also an insightful chat with Cho’s parents, whom she imitates often in her act, discussing the show’s material.)

I saw most of Cho’s 00s shows live (this concert made my Top 10 comedy list in 2001), but I’d never seen the filmed special until now. Most of her material resonates even two decades later – some of it differently than it did back then. And I had forgot what a good actor Cho can be. Some side eye, a dropped jaw, a hand nervously fluttering over her mouth during an impression – all of these things enhance her punchlines, and obviously aren’t available on audio versions of the same material.

After a year-and-a-half of the pandemic and a troubling wave of anti-Asian violence, I look forward to seeing what Cho does next. We need her insights and humour more than ever.

The Notorious C.H.O. was the second full-length concert film Cho released. It was filmed in Seattle, although an album version with the same material and title – an homage, of course to The Notorious B.I.G. – was taped at Carnegie Hall. The special isn’t available on any streaming platforms, but you can find clips on YouTube.

Her post-9/11 joke opens the show with a bang, and a story about her mom falling off a camel in Israel ends it. In between are stories about getting a colonic, the difficulties of being Asian in the entertainment industry, an S&M sex club and the differences between gay and straight men.

Cho toured this show in the wake of 9/11, and she acknowledges that off the top with a brilliant joke, followed by another one evoking the anthrax scare. Coming off the popularity of her first full-length special, I’m The One That I Want, Cho doubled down on her raunchy material, opening up about being sexually adventurous with both women and men. What gives this act its heart is her material about body image and self-esteem.

It’s hard to imagine Ali Wong, Bowen Yang, Ken Jeong or, closer to home, Vong Show, Cassie Cao, Leonard Chan and Tiffany Hsiung without Cho paving the way. And before the Asian-led sitcom Fresh Off The Boat, there was Cho’s All-American Girl.

What holds up well today

More than a decade before Crazy Rich Asians broke through and proved that a film with an all-Asian cast could be a huge hit, Cho’s description of being told by an agent that “Asian people would never be successful in entertainment” is a brutal reminder of how things used to be. And her material about gay marriage, drag and trans rights was way ahead of its time. (Cho was a guest on Chosen Family, Thomas Leblanc and Tranna Wintour’s podcast, a couple of years ago.)

What hits differently today is Cho’s joke about her buttoned-down father’s experience with a best friend who turned out to be gay. Cho tells the story from her mom’s point of view, and it sheds light on toxic masculinity, all while being warm, funny and full of human truths.

When I visited Edinburgh a while ago and passed by the gay bar CC Bloom’s – named after the Bette Midler character in Beaches – I remembered Cho’s comment about the name, not even realizing I’d remembered it: “That is the gayest thing I’ve ever heard in my life.”

What doesn’t hold up well today

Nearly two decades after the special aired, references to personal ads and Mapquest are pretty much the only things that feel a little dated. (That and the fact that Will And Grace and Queer As Folk were big steps forward in terms of queer representation.) Pretty damn impressive. You might also get annoyed by the weird variety of camera angles.

When I went on Twitter and asked about people’s all-time favourite comedy specials, no one mentioned anything by Cho. Which surprised me. Now that I’ve watched this, I’m going to dig up her other specials and hope she’s writing more material. After these last couple of years, we all need some good laughs.