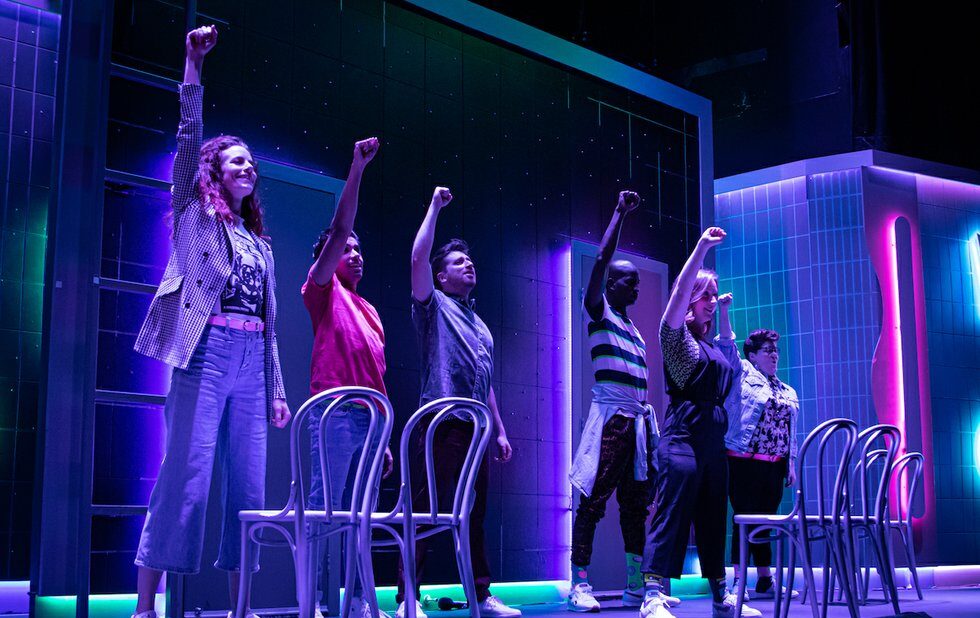 If I Could #Throwback Time provides a nostalgia-filled peek into past decades, with Power Rangers, the movie E.T. and various top-40 music hits. It certainly entertains, but if you prefer a Second City show thats more revealing than Cher in a Bob Mackie dress, the 83rd mainstage revue falls a little short.

The show opens with a plea to audience members to forget their troubles and recall better times. But then were forced to do the wave that hackneyed manoeuvre from stadium sporting events. Things pick up when McConnell enters as a cop to give Metcalfe some bad news about her husband, followed soon after by a clever sketch that mixes current gender politics with retro technology.

The shows first half contains few surprises and mostly covers familiar territory in predictable ways, such as not fitting in, or the white guy who cant dance.

However, Metcalfe bravely exhibits both her listening skills and comedy chops when she brings an audience member to the stage to be future Natalie. Improvising with a complete stranger can be hit-or-miss, but on opening night this scene embraced honesty and depth.

Act one wraps up with Wilson and Rasool as overbearing climate-change orators, with the rest of the cast backing them up. This sketch includes funny moments but rambles.

The show takes more risks in the second half. The ensemble has fun with the word alien in an E.T. spoof starring Lewis, followed by Wilson and Rasool showing off remarkable physical comedy in a pickpocket scene.

In a big mainstream comedy leap forward, Black ensures the audience laughs with, and not at, same-sex relationships, both through song and in her scenes with McConnell and Metcalfe.

Things get grittier near the end with Rasool as a frustrated serial killer, and while its fun watching McConnell and Wilson as a couple struggling to break up, you just want it to end already both the relationship and the long, drawn-out scene.

This isnt the strongest show, but it delivers a welcome respite from the real-world news cycle. And Mark Andradas neon lighting design adds colourful retro fun.