Ack! It's the final day of JFL42! The annual comedy festival kicked off their 2017 edition September 21 and it. 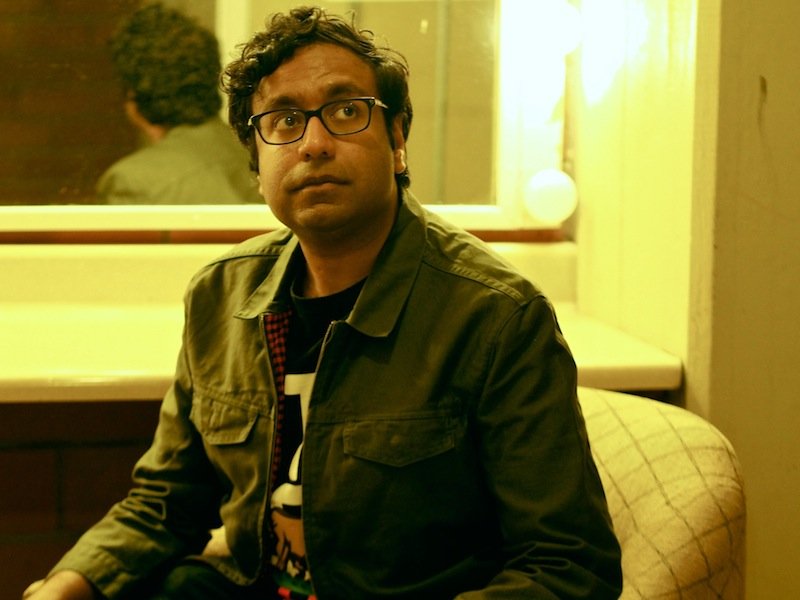 Ack! It’s the final day of JFL42! The annual comedy festival kicked off their 2017 edition September 21 and it all comes to a close today. Dont worry though, youve still got time to get your LOLZ in. Plus weve been catching up with a couple of featured comedians during the fest, checking in and finding out how they feel about Toronto.

Wednesday evening (September 27) we made our way to the Exhibition grounds to see Hari Kondabolu at the Queen Elizabeth Theatre. Kondabolu has been steadily rising as a stand-up, known for making subjects like race, identity and inequity both informative and hilarious. Hes been featured on a bunch of different late night TV shows and was also a writer for Totally Biased with W. Kamau Bell.

We linked up with Kondabolu and talked coffee, the iconic Jose Bautista bat flip and Broken Social Scene.

Have you been to Toronto before?

Working your way up! Are there any specific spots you make time to return to?

HK: I have never been able to spend time in Toronto properly. Its always like… you get in the day, you get ready for the show, you do the show, you fly out. So I dont have spots. The one thing I do like to do though is something I think Maria Bamford talked about. Its to look up the best coffee shops in the area and then find my way there. Its awful but I really love it.

What do you expect when you come to Toronto?

HK: Well I know it will be polite! Thats always comforting. I find most experiences Ive had in Canada, people are polite. Also, its somewhat of a familiar city. It feels like an American city in a lot of ways. When Im in Montreal, its different. Vancouver certainly has a North West vibe and stuff, but this feels like an east coast city cuz it is an east coast city.

What did you know about Toronto before you experienced it here?

HK: Drake talks about it constantly. I knew he likes it. So it was just a matter of, Will I like it? Basically, do Drake and I have similar tastes? Do I relate to Drake enough? I think we get different things out of the city. I dont know if he also looks for the fanciest coffee shop in the neighbourhood maybe he does! I knew Drake. I knew The Blue Jays. I knew the Maple Leafs, who never win is that right?

HK: Ive watched the Jose Bautista bat flip about a hundred times. Just watch that clip over and over again like, Okay! This is Toronto! Look at that bat flip! Thats the city!

You watch it on your phone before you go onstage to psych yourself up, right?

HK: ITS THE COOLEST THING! I cant believe people got angry that he did that! And someone tried to hit him? Baseball is so slow. I love baseball. Im a baseball fan but its so goddamn slow and something finally happened. Its an amazing home run and he just flips it! Its not even that big! I was screaming! Im not even a Blue Jays fan and I lost my shit. It was unbelievable and youre telling me thats *bad*? I feel like two of the best home runs Ive ever seen in my life are Blue Jays home runs. It was the Joe Carter home run in 93 that won Toronto the second championship and it was that bat flip. Its so cool. It will psych you up every time… What do people usually bring up when they think about Toronto?

Everyones stuff is different… for me the music is really amazing but a lot of people who live here dont even realize.

HK: Did Broken Social Scene come out of Toronto?

Montreal by way of Texas, Haiti and more.

HK: And of Montreal arent even from Montreal.

HK: Tell me about these fake Canada bands!

Boards of Canada are Scottish. Theres a bunch. Secretly Canadian? Not a Canadian label. Theyre based in Bloomington, Indiana.

HK: Oh my god! I didnt know that! I assumed that was Canadian! Thats crazy! What is is about Canada?

Trying to take our mystique. Shout outs to Broken Social Scene, though.

HK: That first album, I would listen to it obsessively when I was 20. Are they still doing stuff?

Yeah theyre back and they have a new album. Feist wrote two songs on it.

Yup! Theyre from Toronto, too.

HK: Man. Stars, man! I used to love their record that started with My name is Torq and this is my heart. I remember loving that album but being furious hearing that opening, like, Why? Why do you have to do this? Its already called Heart. The whole record already says it.

Toronto has lots of feelings. Anything tips you would tell a touring comic whos going to Toronto for their first time?

While Hari Kondabolu has finished his Toronto stint, theres a bunch more other sweet comedy acts you shouldnt miss out on. Dont miss it! Check out the JFL42 calendar and grab yourself a pass now!