Last year, after an absence of 33 years, the Junos started recognizing comedy albums as a category once again.And the. 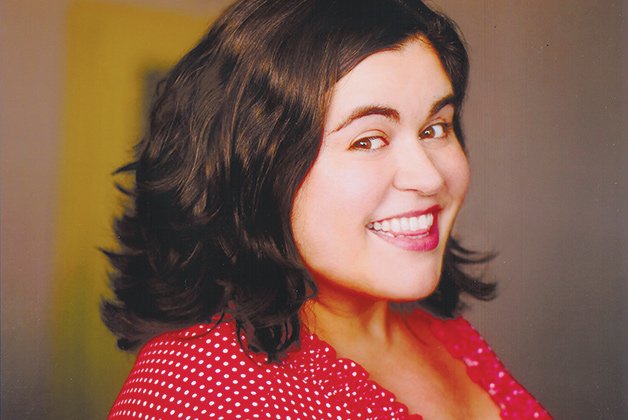 Debra DiGiovanni is at the top of her game in Lady Jazz.

Last year, after an absence of 33 years, the Junos started recognizing comedy albums as a category once again.

And the recent kerfuffle around SiriusXMs Just For Laughs deal has spotlighted just how important the residuals from albums can be to Canadian comics financial well-being.

Both of which might explain the explosion of albums being released, good and bad.

The Junos are awarded Sunday (March 17) on CBC.

Shes been doing material about being a large woman in a size zero world for her entire career, but her writing and delivery are now sharpened to their essentials. Whether wondering whether the California earthquakes were caused by her arrival or what she would do if she had one night left to live (eat KFC skin), DiGiovanni seizes a premise and bravely, hilariously runs with it.

Whats best is the sense of honesty beneath each of her gags.

The same is true of Mayce Galonis act, which gets a terrific showcase in Awkwarder (Comedy Dynamics, Rating: NNNN). Even though much of Galonis humour is tied to his unassuming onstage persona he sort of looks like Wheres Waldo? without the stripes his nerdy and gently subversive humour comes through perfectly on audio.

Whats novel about Galonis act is that hell occasionally add a raunchy detail truckers at glory holes, Black men on leashes, moms on crack that contrast with his likeable, seemingly meek self.

I cant wait to see where Galoni goes next.

In Chicken! (independent Rating: NNNN), Pat Thornton gets full marks for style. Hes perfected his persona as the blustery windbag whose stories draw you in with their faux dramatic confessions, measured delivery and sense of intimacy.

In one joke, he imaginatively tries to explore the repercussions of a stupid homophobic challenge in another, he wonders what life would be like without the delicious combination of peanut butter and chocolate.

And in one of his signature bits, he takes apart a dumb Corolla car ad, layering in absurd premises until it becomes something magnificently metaphysical.

And his albums closer brings a very human and humane element to what seems like a basic scatological joke. Theres no one else like him.

The cover of their album The Chanty Show (independent Rating: NNN) is a clever nod to k.d. langs infamous Vanity Fair cover, and coincidentally lang shows up in a joke about celebrities Marostica has been mistaken for. (The others include Justin Bieber, Miley Cyrus and Billy Idol.)

Marosticas comic targets include men who cat-call, Winnipeg vs. Toronto lesbians, and being so enamoured of a lady friend that they can only keep saying, Oh wow.

Their strongest material concerns testing well-meaning liberal attitudes toward queerness at a wedding. And another bit about dressing up in traditional feminine garb to please an employer is wickedly funny, and serious, satire.

At this point in their career, Marosticas writing needs more sharpness their act relies too much on infantile giggles and groans to get laughs.

Ive never been a huge fan of Dave Merheje, who tries to pass off rants as jokes.

Theres no shape or logic to the set, and some of the most spontaneous sections are improvised exchanges with the audience. (One about a turned-over glass is amusing.)

He doesnt dig deep enough into his personal material his Lebanese-immigrant parents, whom he impersonates, never come into focus and despite his repeated professed wokeness, many of his jokes, from encountering a seductive shawarma shop owner to enjoying being rimmed, seem like a straight dudes gay panic.