Disgraced comic Louis C.K. gets a standing ovation in Toronto

At the first of seven sold-out shows at Yuk Yuk's, the mostly white, male audience ate up jokes about sexual misconduct, Asians, gays and Justin Trudeau 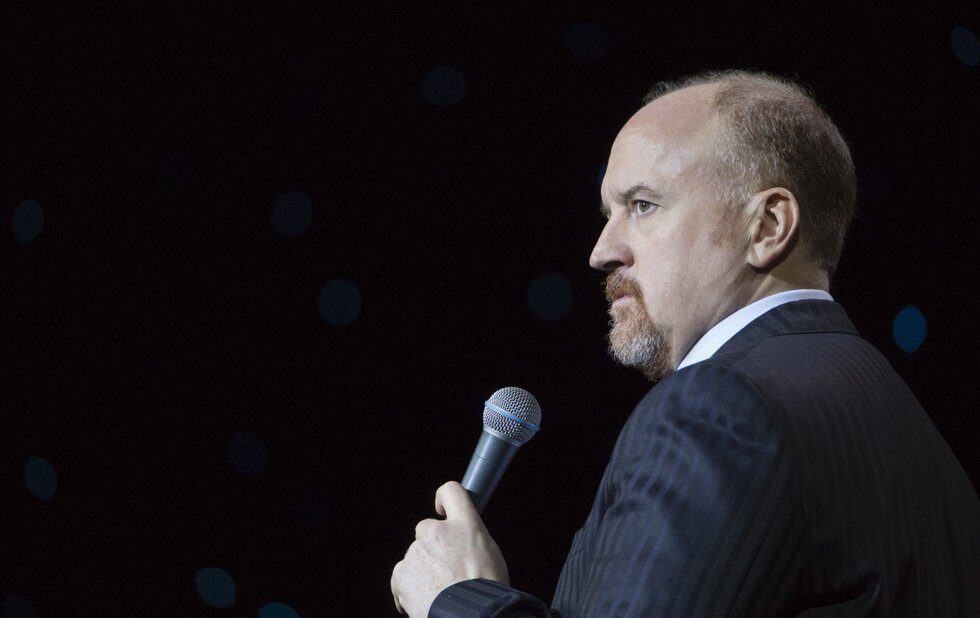 Louis C.K. performs in Washington D.C. in his 2017 Netflix special.

Jews, Asians, people with physical and developmental disabilities and gays were all part of Louis C.K.’s performance in Toronto, though few from these demographics were visible in the audience.

The controversial comedian, poking his head out after his moment in the #MeToo spotlight, appeared in the first of seven scheduled performances at Yuk Yuk’s this week where audiences will have their phones locked away in a Yondr pouch and any note-taking is strictly forbidden (so no direct quotes here).

C.K. was greeted by over 250 extremely enthusiastic fans at Yuk Yuk’s on Wednesday night. The audience was approximately 90 per cent white men. Their thunderous laughter would often compete with C.K.’s gags among the things that made myself and the two female journalists in my company uncomfortable.

Full disclosure: I am exactly the kind of fake-woke SJW that people like C.K., Dave Chappelle and most recently Joker director Todd Phillips have been railing against. Our politically correct sensitivities are ruining the opportunities for comedy, they say.

Twitter responded to Phillips’s comments in particular by listing off all the people who don’t resort to punching down to be funny (Phoebe Waller-Bridge, anyone?). Meanwhile an old clip of George Carlin speaking to Larry King went viral. Speaking specifically about Andrew Dice Clay, the late comedian explained why having fun at the expense of marginalized groups is a lazy and dangerous way to appeal to the white men who feel threatened by those groups. Enthusing about comedians who stick it to those in power, Carlin’s words feel as urgent today as when he said it over 30 years ago.

C.K. doesn’t punch up. Instead, the comedian kicked things off at Yuk Yuk’s by leaning into his own victimhood. He lamented that the last time he was in our city he performed at the Air Canada Centre (now called Scotiabank Arena) and described how rough things have been since.

C.K. was exposed for sexual misconduct by five women who told the New York Times that the comedian masturbated in their presence. The comic performed his embarrassment right off the top without actually being apologetic about the sexual misconduct, which he admitted to in 2017.

Like Chappelle in Sticks & Stones and Aziz Ansari in Right Now, C.K. seems to be trying to figure out how he can fit in today. Throughout the show, he would dance around controversial fare, probing the limits with the audience to see what he can get away with when discussing gays, Jews, people with disabilities and other minorities without blatantly offending. And with this particular audience, the only time discomfort was made audible was when C.K. had a bit about rescue dogs.

“Oh, that’s what did it,” he said, amused after the audience let out something between an “awww” and a gasp.

C.K. is doubtless a skilled comic. That much we can agree on from a set mixed with fully formed bits and some aimless tangents. I laughed, particularly during jokes involving social dynamics with Parisians and New Yorkers at the dog park competing for whose rescue is the most pathetic.

But then there are those other gags where C.K. puts so much talent and skill to the purpose of justifying controversial material. He has a hilarious take on Catholics who deny that Jesus is Jewish but couples it with a stale bit on Jihadis who believe they’ll get 72 virgins. He had an entire narrative about eating at a sushi restaurant, which set up some flimsy reasoning as to why he should be able to mimic the server’s Asian accent. He told a long story about his daughter’s friend whose Indian parents are very strict. There was absolutely no punchline, only the opportunity for C.K. to put on the heavy accent, and justify its performance because the Indian dad actually sounds like that.

Perhaps the biggest bit, the one that perfectly defines the show, was C.K.’s long explanation about how the word “retarded” went from acceptable terminology to something the wokesters deem offensive, only because people would hurl it like an insult. C.K.’s argument is sound, but the reason he seems to take up that cause is so he can luxuriate in the word.

He must have said it more than 20 times, with different emphases and accents, eliciting a variety of guffaws from the audience. And by the end of the night, that audience gave him a standing ovation.