NOW MagazineCultureComedyFrom the L.A. comedy circuit to mom and dad’s in Brockville, Ontario

From the L.A. comedy circuit to mom and dad’s in Brockville, Ontario

As far as comedian Andrew Johnston is concerned, there is no life for art to imitate 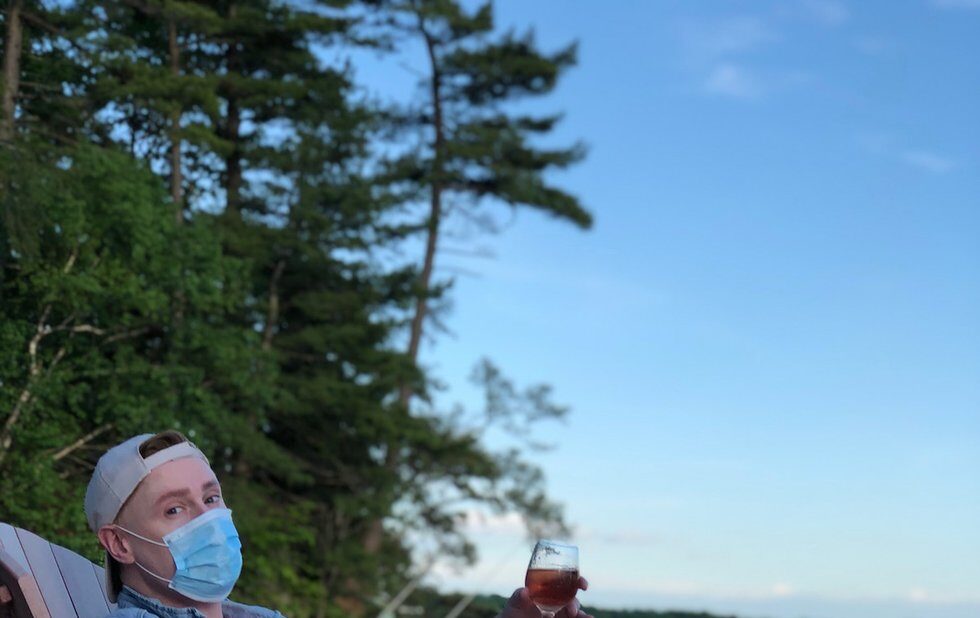 After his hotly anticipated move to Los Angeles, comedian Andrew Johnston is living it up in Brockville, Ontario.

Greetings from the gates of my own personal hell! However, please keep your distance and ensure you’re wearing a mask as I don’t want to pass anything along to my parents… whom I’m back living with. But more on my situation in a moment.

It’s me again, Toronto’s alpha-gay comic Andrew Johnston, and here’s hoping this dry run of the apocalypse is treating you better than it is me. Last we met, I was writing about why I traded the safe but limited shores of Canada’s entertainment industry for the bright lights and unspoken sex work of Los Angeles.

After spending approximately $14,000 USD out of my own pocket for the Green Card and an equal amount out of my parents’ pockets to set up house (“like paying for a wedding, only this will actually last,” I told them), I touched down exactly one year ago this week. I hit the ground sprinting, out watching shows every night, quickly learning which comics fucked/fucked over each other, and in short order took over co-hosting the Wednesday open mic at the Lyric Hyperion (L.A.’s closest thing to Comedy Bar). If I had to leave a Yelp review of my experience it would be to say L.A. is a godless, transactional flesh market where you either sink or swim, and if you do swim, you’d better know the butterfly stroke dahhhling. And oh, how I miss it. Five stars!

Unlike 9/11, the day that the coronavirus hammer came down is going to be a different “where were you when…” conversation for each of us. Tuesday, March 17, was the day I found myself downwind of enough Red Flags to run silently screaming to LAX and a short 12 hours later arrived at my childhood home in Brockville, Ontario, and… well, that’s pretty much it. That’s when and where my world stopped spinning. As someone who was on stage several times a week in L.A. and Toronto, I used to relish my nights in watching Netflix as much as the next part-time introvert. Until I didn’t have a choice. Three months into an indefinite quarantine, I realize how much my life not only revolved around my show dates, but how much my life FORCE depended on them.

Without those magenta blocks in my Google calendar telling me when and where I should be, it is a struggle to get out of bed, and when I do, it is only to snap at my well-intentioned mother/roommate for telling me about the deal she got on strawberries at Superstore before I try and slog through another 10 minutes of Ryan Murphy’s latest Netflix series Hollywood – IT’S BAD! – before angrily napping away the afternoon.

Occasionally, I do Zoom shows… which, I’ll say on behalf of every comedian who won’t say it, FUCKING SUCK. I’ve seen some think-pieces written by non-comics about how this will be the future of comedy, but let me assure you, universally, we hate it. Looking into our iPhone’s like being on the hallway side of a peephole for a grand maximum of 20 people who respond with the occasional comment of ‘you suck’ will never take the place of the pheromonic exchange of live stand-up comedy. Anyone thinking art will flourish under quarantine needs to revisit the phrase “art imitates life” as far as any live performance artist is concerned, there is no life for art to imitate.

Soon, I’ve heard, venues might reopen at 25 per cent capacity with people needing to socially distance, spread out to be one every three seats, and wear masks. If that’s true, live comedy will be fine, as a bar at quarter capacity with people spread out across several seats muffling their laughter wouldn’t be too different than comedy shows were before this. But even that’s a pipe dream.

So how do actors, singers, comedians and any other live performance artists last through our involuntary coma that is the COVID shutdown? Firstly, we physically and financially survive – screening jobs will be the new temp work, and the silver lining is that mandatory face coverings mean that no one will recognize us. But more importantly, how do we survive creatively? We create accountability for ourselves and make a time each day – or a day each week or a day each month – that we do something for even an audience of one to keep the muscles from atrophying.

Submit to the fact that although your momentum has ground to a halt, so has whoever you consider a rival, and there are only so many on-set photos that person can post from that unnamed Ryan Murphy production they did two days on last summer. Look forward to better days, because even if people hit the end of Netflix, they’ll still watch your self-produced basement vlogs over outtakes from AJ And The Queen.

Finally, be cool that your June birthday that was supposed to be spent doing musical theatre karaoke at 33 Taps in Silver Lake will instead be spent with your parents, whom you will never have the privilege of spending as much time with for the rest of your life.

It’s about survival. If you’re reading this, whoever you are, whatever you’re doing, you’re doing amazing.

Andrew Johnston is literally available to do any podcast, ever, for the foreseeable future.