NOW MagazineCultureComedyReview: Baram & Snieckus, You and me Both

Review: Baram & Snieckus, You and me Both 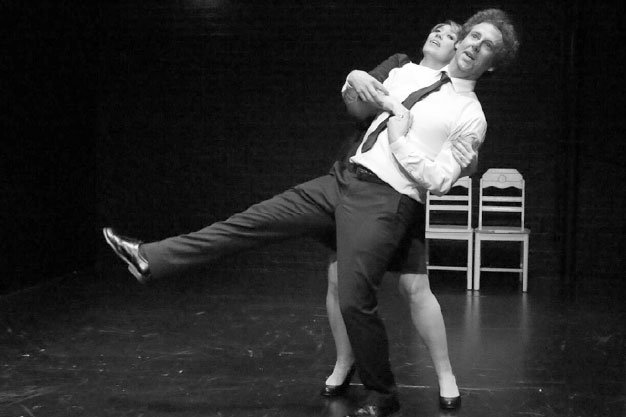 BARAM & SNIECKUS: YOU AND ME BOTH written and performed by Matt Baram and Naomi Snieckus (NTOW at Theatre Passe Muraille Backspace, 16 Ryerson). Runs to November 1. $20. See Continuing. Rating: NNN

In the world of comedy, we cut improvisers a lot of slack. After all, they’re making this stuff up on the spot. The bar’s set a lot higher for sketch, which has been written, directed, rehearsed, set.

Matt Baram and Naomi Snieckus are excellent at both. The married Second City alums are two of the funniest people in the country. They’ve graduated to scripted TV shows, but they still improvise whenever they can, as they do in their frequent, hilarious hosting gigs.

Their new show, dubbed “a sketch comedy revue,” consists of a dozen or so sketches with a musical number and a bit of improv. Alas, the sketches aren’t the strongest, and the entire show could stand tighter direction than what Kurt Smeaton provides.

A lively, titular musical number comes after an opening sketch its placement is disorienting. So are some introductory remarks about how many of the sketches are based on their lives together. And musical director Scott Christian‘s music isn’t effectively integrated.

The first-rate sketches include one about a couple on a first date who fight over the bill. There’s real tension here, and intriguing characters. Another solid sketch has a married couple meeting as “strangers” at a bar to spice up their relationship. It goes on a little long but showcases the pair’s vivid imaginations as they commit to their outlandish personae.

The best sketch finds them playing low-energy TV morning talk show hosts discussing the hot events in their small town. It owes something to SCTV, but they pull it off with deadpan panache.

Other scenes aren’t as successful. One involving a doctor and patient and a chair feels endless. (You need the timing and grace of a Nichols and May to get away with something like this.) And sketches riffing on Chekhov and Tennessee Williams feel like they may have emerged from their company National Theatre of the World’s improvised plays based on famous playwrights.

They’re on more solid ground in an improvised scene, which on the night I attended involved a taxi driver and a rider. It’s a shame they didn’t get the audience suggestion line right, or keep in mind the fact that the improvised scene was supposed to be 20 years old.

But the couple have such great chemistry and are so likeable, they make it work. You won’t leave the theatre doubled over with laughter. But you will be smiling.