With The Second City's current home on Mercer slated to become a condo, the comedy club is moving into new. 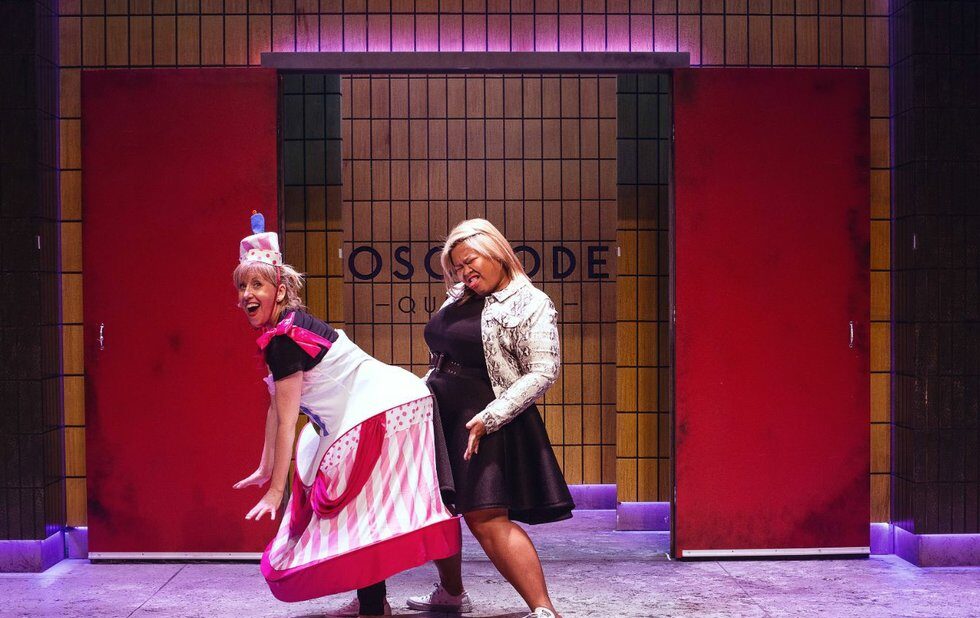 Ann Pornel (right) has her cake (Karen Parker) and eats it too in The Resistance Continues. (Photo by Samantha Hurley)

With The Second City’s current home on Mercer slated to become a condo, the comedy club is moving into new waterfront digs in late 2020.

The Second City will occupy third floor of One York Street, a large-scale tower complex at York and Harbour. The 28,700-square-foot space will contain three comedy theatres for live performances, as well as increased classroom space for the organization’s improv training centre. In addition to the arts spaces, The Second City will also open a games-driven bar and restaurant.

As reported earlier this year, 51 Mercer is slated to become a 40-storey, 500-unit condo tower. CentreCourt and the current owners of the building, siblings Vonna and Tom Bitove, are developing the project.

Our new home will allow us to continue the tradition of discovering new talent while affording us additional stages for diverse programming like She The People, said Second City CEO and executive producer, Andrew Alexander in a press release.

Started in Chicago, the improv comedy company opened a theatre in Toronto in 1973. It has moved four times since then. From 1997, it has been located in the entertainment district, first at Blue Jays Way and now at Mercer. Its new location is a stones throw from high-profile tourist draws such as the Scotiabank Arena, Rogers Centre, the CN Tower and Ripleys Aquarium.

The final performance at the Mercer location is scheduled for November 2020.