Second City’s She The People shows why women rule comedy 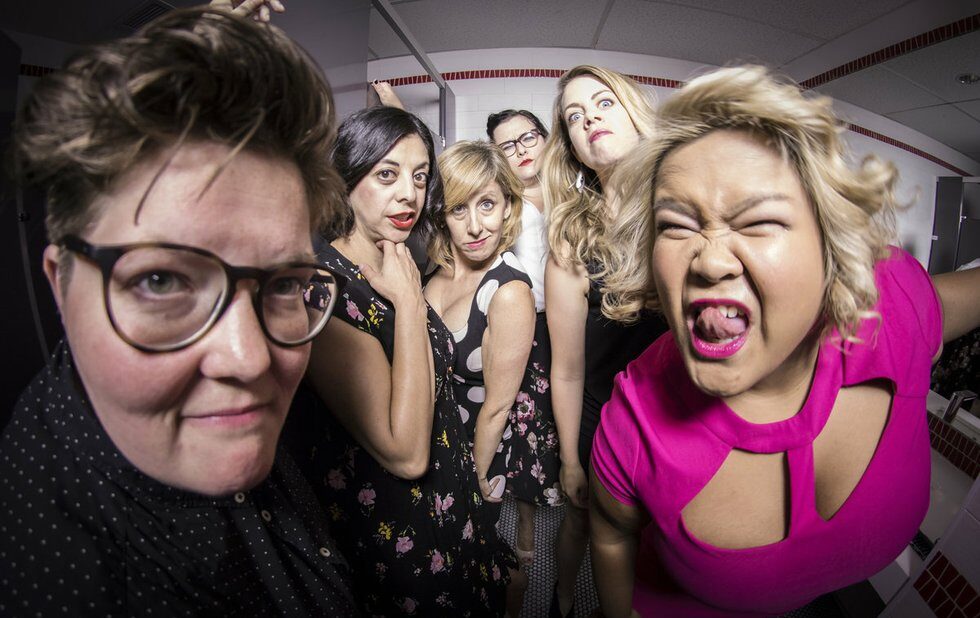 The timing couldnt be better for She The People, the Second Citys all-female sketch show thats currently running selected late nights and matinees until the end of November.

Consisting of sketches by and about women that originated at SCs various companies, with a few references to Nanette, Doug Ford and even the TDSB sex-ed curriculum thrown in for extra timeliness, the show sends up everything from competitive moms in a yoga studio to the annoying fact that businesswomen are judged by what theyre wearing, not what theyre saying.

The #MeToo movement gets a nod in a funny sketch in which Tricia Black plays a character who wakes up from a 10-year coma to discover that all of her heroes (Bill Cosby, Kevin Spacey, Morgan Freeman) have been shamed.

And the return of a sketch from 2016s Come What Mayhem! in which a grade school student (Ann Pornel) tries to tell her teacher (Karen Parker) about a boy bully, only to be told shell be blamed herself a sharp response to the Ghomeshi outcome now feels eerily prescient.

Also from Mayhem is a reworked version of You Oughta Know, in which a manic game show host (Kirsten Rasmussen) tests our knowledge of current events vs. silly pop culture.

And Pornel reprises her now-classic sketch in which she responds to a booty call and proceeds to undress, revealing surprising layers that every woman will relate to.

The specificity of womens experiences is what makes this show so on target.

The revues sharp parody of how TV commercials aimed at women are ridiculous why do shampoo commercials take place in front of waterfalls, and why are women featured in boner pill ads? also includes a bit in which Black plays a woman who mentions “a liquid resembling Windex” spilling down her leg.

I didnt get that reference until my female friend explained that sanitary napkin commercials usually feature blue liquid on pads to illustrate their absorbency.

Under Carly Heffernans firm direction, the cast is superb. Black described by one character as a living Muppet Rasmussen and Paloma Nunez have elastic, malleable mugs that express their characters feelings even while theyre saying something else, and Parker and Ashley Comeau are excellent at often playing the deadpan straight person. And Pornel? With her fierce stance and quick wit, shes a force of nature.

While not every sketch scores a send-up of toxically masculine bros golfing ends up in a dramatic sand trap this is an essential show.