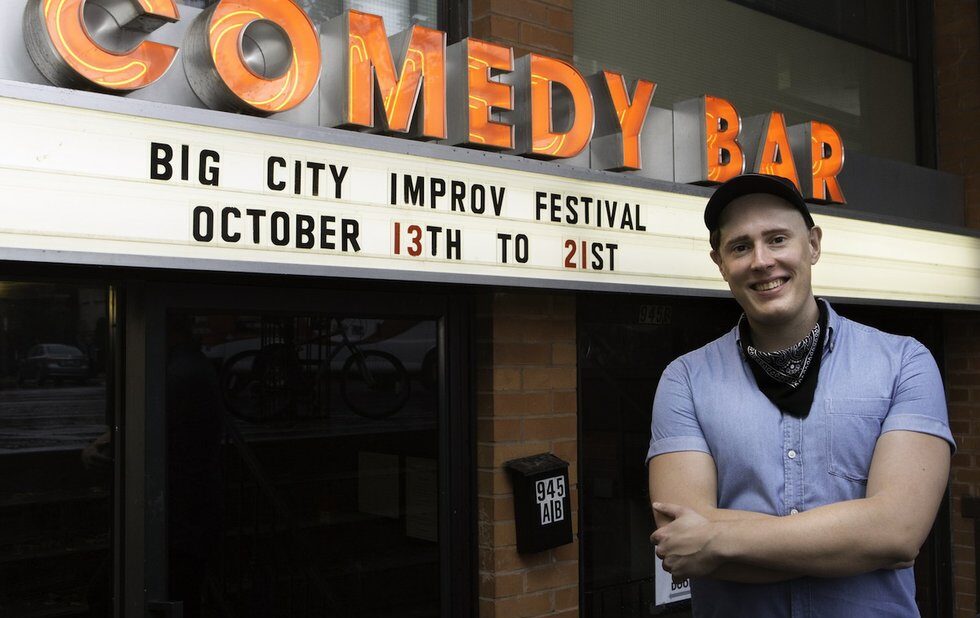 Last year, SiriusXM Canada was instrumental in reinstating the Comedy Album of the Year category in the JUNO Awards. Ironically, this year the company is shrinking the platform many Canadian comics use to earn a living in the precarious profession.

Canada Laughs, a 24/7 SiriusXM radio show featuring purely Canadian content has been “revamped” with a Just For Laughs partnership.

For Canadian comics, the radio show provided an opportunity for national exposure and a chance to gain fans. It was where they showcased their art and got paid for it – a rarity in an industry that barters a gig for drink tickets. Comics were paid royalties when their tracks played on air. But the rebranding to Just For Laughs Radio means an end to this, comedians say.

Comics from Canada and abroad are enraged and feel betrayed by news of the partnership, and have taken to Twitter to air their concerns. The rebranded channel will now feature archived JFL content from the U.S., Australia and the U.K., a majority of which predates 2012 – cutting air time from the Canadians that relied on the channel for income.

“In one fell swoop, they’ve eradicated any upward mobility or means to be a working comic,” says Andrew Johnston, a comic whose work aired on Canada Laughs. “It’s an act of cultural genocide and they’re counting on no outcry from the Canadian public to get away with it.”

Johnston says the radio show was “the only way hundreds of Canadian comedians were able to remotely eke out a living.”

Just For Laughs Radio will officially launch this spring. An official SiriusXM and JFL press release states the channel will feature a blend of stand-up recorded at various JFL festivals and events, plus content from independent comedy albums.

According to the release, JFL radio will highlight some of the best Canadian comedy as well as accomplished and emerging comedians from both near and far.

Before an official announcement about the partnership was made, JFL owner Howie Mandel went live on Facebook to clear up the “misinformation” circulating on Twitter.

Mandel’s voice echoed as he lapped around his mansion, giving viewers a virtual tour of his home – his message completely obscured by the winding staircase, grand piano and art behind him. He explained that SiriusXM approached JFL, the “mecca of all comedy,” to retool the station, fumbling as he misnamed Canada Laughs as “Canada Comedy or Comedy Canada.”

According to Mandel, “When networks want to retool things that means they’re not totally satisfied with how their customers are receiving it.”

Mandel says that this partnership will strengthen the reach of Canadian comedy. “There’s definitely going to continue to be a comedy station on SiriusXM, which wasn’t definite until JFL became a partner, so now you definitely have a place to show your wares.”

“JFL and Canadian comedy is growing like it has never been before, this is an asset to every Canadian comic, because I promise you this was going away,” Mandel says.

Nationwide, comedians are rallying together to boycott JFL. Stand-up Kathleen McGee tweeted that all comics have dropped out of the JFL Showcase that was scheduled for a Yuk Yuks Edmonton show tonight. The show will go on, but it won’t be affiliated with JFL.