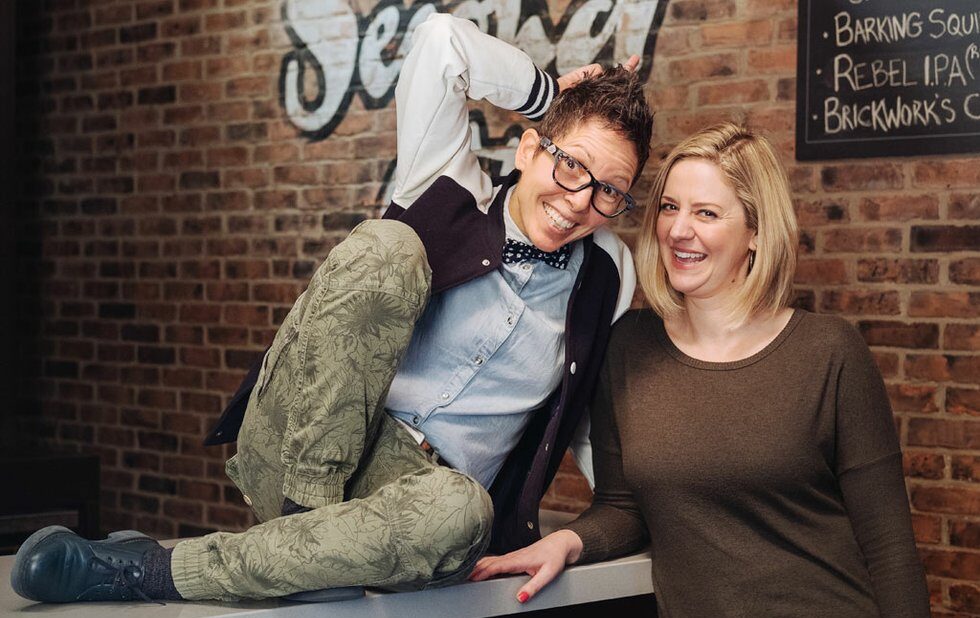 Think Donald Trumps buffoonery and incompetence in office are hilarious? For some of the citys top comedians, its no laughing matter.

Like so many others after the election, we were in shock, remembers actor/comic Leslie Seiler. When I got a text from my best friend, Jeanne Webber, about the Womens March in DC scheduled for the day after inauguration day, we both felt compelled to go, and it was an incredible experience.

But the real message of that day was What are you going to do when you go back home to your town or city or, in our case, country?

Their answer was to organize, and the result is Comedy Trumps Hate, an afternoon showcase of top-shelf Toronto sketch, improv and stand-up talent, with all proceeds benefiting Planned Parenthood.

Im an actor, so I dont have a lot of tangible skills, laughs Seiler. But put on a show? That I can do!

A veteran comic whose steady work south of the border led her to become a dual U.S.-Canadian citizen, Kurt voted in the November election and is still grappling with the outcome.

Im what Trump supporters call a special snowflake, says Kurt on the phone. Im still trying to wrap my head around the fact that we have to call this guy the president now.

So will the afternoon be an opportunity to gorge on jokes about Trumps latest wee-hours Twitter meltdown, Steve Bannons transparent brand of evil or Sean Spicers eye-watering ineptitude? Not exactly.

Im sure it will come up. We all know why were there, says Seiler. But we talk about this all the time. We want to give the audience a break. Recently, some people have been saying to me, Oh, youre a comedian. You must think Donald Trump is awesome theres so much fodder there.

And Im like, Yeah it would be awesome if there werent very real implications. Travelling to DC for the march and talking to Americans around town, at our hotel, restaurants or the march, was a real eye-opener. This election was a wake-up call.

The kind of comedy I do is rooted in the present, says Kurt about her set. So Trump will definitely be part of it, but it will fit in organically. It comes up, but so does whatever else is in the moment. Ill probably talk about Trudeau, too. I dont think he did such a shit-hot job when he went down there. And now populism is on the rise here also. Kellie Leitch is making news, and that guy from Dragons Den thinks hes got a shot, which is conceivable now. Basically, the whole world is going to hell in a handbasket, but its a very big handbasket, so theres lots there to choose from!

As a comedian, Seiler has a unique take on the commander-in-chief.

You dont need to be an improv actor to see that hes clearly improvising the presidency. You read the transcripts of what he says and its just ramblings and tangents. He cant answer questions, he cant stay on topic. Its fascinating and terrifying. Its not even good improv! Hes not listening to anyone else or going off the last thing that was said. If I were his presidential improv coach, Id have some notes for him!

Both Seiler and Kurt agree that this is an important moment for comedians and fans alike to join forces as part of the resistance.

Comedians have an important job, says Seiler. And this is one of those moments when its really clear. So come have a well-needed laugh and know that youre contributing to Planned Parenthood, a very important cause.

My personal politics is all of us or none of us, says Kurt. I must continue to serve the idea of genuine equality for everyone. When you dont speak up, you condone oppression. So my job is to speak funny truth to power.