The 5 best things we saw last weekend at JFL42

From Miranda Sings's metamorphosis to Trevor Noah's timing, here are some of the standout moments from the fest's opening weekend 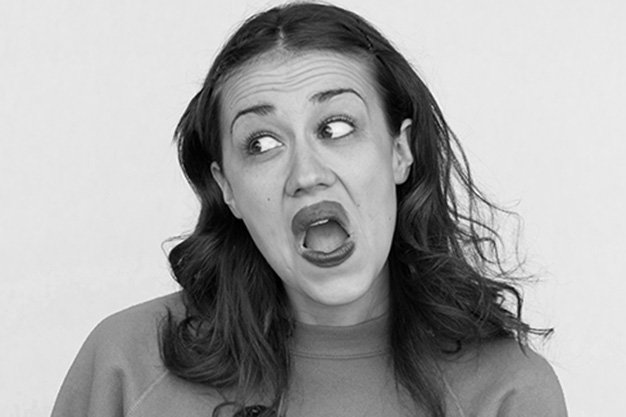 When someone in the front row made a mad dash to the washroom early on in his set on Friday, John Mulaney didn’t hesitate to set a plan in motion to alienate the shit out of her when she got back: “At some point later in my set I’m going to say, ‘And you know what they say in Toronto…,’ and you’ll all say ‘We love pancakes!’ As if it’s something everyone in Toronto knows.” Admittedly, I’d forgotten what we were supposed to say, so I yelled “Just gotta have pancakes!” But everyone else was on point, and the woman was as confused as we’d all hoped.

Noah, who takes over hosting duties of The Daily Show tonight, didn’t just play the race card at his JFL42 gala on Saturday he played the race deck. From joking about how Idris Elba as James Bond wouldn’t work in lily white Scotland to a great joke about airport racial profiling during the Eboli crisis, he got big laughs about a serious issue. The only joke that didn’t land was one about the Charlie Hebdo murders. He saved his smartest material for the end, when he recounted being pulled over in LA by a cop and, keeping in mind the lessons of Trevon Martin, Eric Garner and Walter Scott, not knowing how to behave to stay alive. The timely material detonated with the audience, who gave him an instant standing ovation at the end. See my cover story with Noah here.

Here’s something that might surprise the “haters” of self-obsessed, warbling parody vlogger Miranda Sings. Her creator, Colleen Evans, is actually a gifted soprano. So, before a mixed crowd of devoted “Mirfandas” (all wearing messy red lipstick and striped shirts, and all under 20) and their chaperones, Evans did a little fourth-wall breaking and “transformed” onstage to the tune of a reworked version of Let It Go: “I have my cameltoe and Crocs are on the ground,” she belted, while yanking red sweatpants up to her armpits. She brandished a tube of lipstick overhead like a torch, and the screams in the room went from ear-rending to brain-melting. A furious swipe and a few facial contortions later, there was Miranda, who led the room through an hour of audience participation, dubious “selp helf” advice, creepy uncle jokes and silly fun that appealed to the faithful, the families and grown-ass women who stand for YouTubers (AKA me).

At his late night Saturday set at the Royal, Kasher – who’s like a millennial Woody Allen – had some decent bits, especially about cultural appropriation and a disastrous appearance at a comedy festival in Ireland. But he really thrived on interacting with the audience. He had lots of fun flirting with the 20-year-old student in the front row who was wearing an animal hat, and called out the dude in the second row who was, it turns out, checking his phone to see if he could book tickets to a T.J. Miller set. But he had the best exchange with a teacher in the front row. When Kasher asked him what grade he taught, the guy replied, “Chinese kids,” prompting the comic to call him out for being “hella racist,” a bit he returned to a couple of times later.

I couldn’t see her, but she was behind me, laughing at everything and anything Bill Burr said on stage last night. It’s one thing to bust a gut at a great joke (the stuff about sinking cruise ships was particularly hilarious) it’s another to cackle when Burr suggested women should stop complaining about the wage gap because men pay for everything anyway (huh?) – or even weirder: simple contextual background info leading to a joke.