The GTOs move in for the Overkill

These days, its not a big deal to see all-female comedy ensembles on TV (Girls, Broad City), in film (Ghostbusters,. 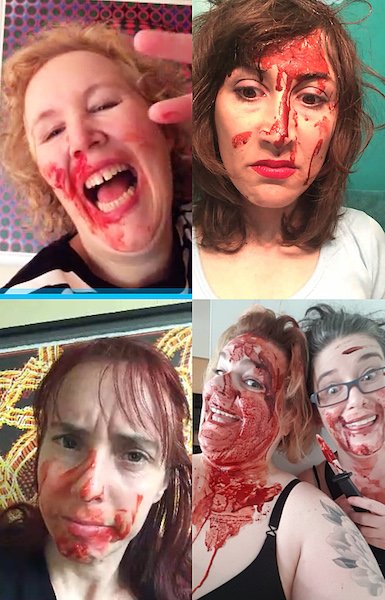 These days, its not a big deal to see all-female comedy ensembles on TV (Girls, Broad City), in film (Ghostbusters, Bridesmaids) or onstage. Theres even an all-female Toronto comedy festival. That would have been unthinkable two decades ago, when the GTOs named after Pamela Des Barress 60s rock group stepped onstage as the citys first all-female troupe. Now, although theyre spread throughout North America (Adrienne Weiss, Jeanie Calleja and Julie Bot are in Toronto, but Mary Crosbie lives in Brooklyn and Gabriela Hahn in Ottawa), the raunchy, fearless comics reunite June 1 at the Rivoli for their 20-year anniversary. Ready to party like its 1997?

Whose idea was it to reunite after all this time?

Will this be a greatest-hits package or new material?

Mary [Crosbie] now lives in Brooklyn, and Gabriela [Hahn] is in Ottawa. Was there lots of Skype involved in the sketch writing process?

We tried to stay old-school. So mostly telepathy. And Google hangouts.

What kind of things can we expect to see?

What advice would you have given yourselves 20 years ago?

Dont over-pluck your eyebrows they dont grow back! And learn a trade.

Two decades ago, there was no Girls, Broad City or SheDot Comedy Festival. How do you think youd be received if you were just starting out?

Nudity. Vomiting blood on command. Inserting tampons in the dark. Opening hard plastic with our razor-sharp talons. And mornings.

Stairs. Small talk. Preventing our children from googling us.

There will probably be some people seeing you for the first time. What should they know?

We wont lie: the first time always hurts. There might be blood.

What do you hope to be doing in another 20 years?

Lounging on the lanai.