The top 5 Canadian comedy albums of 2021 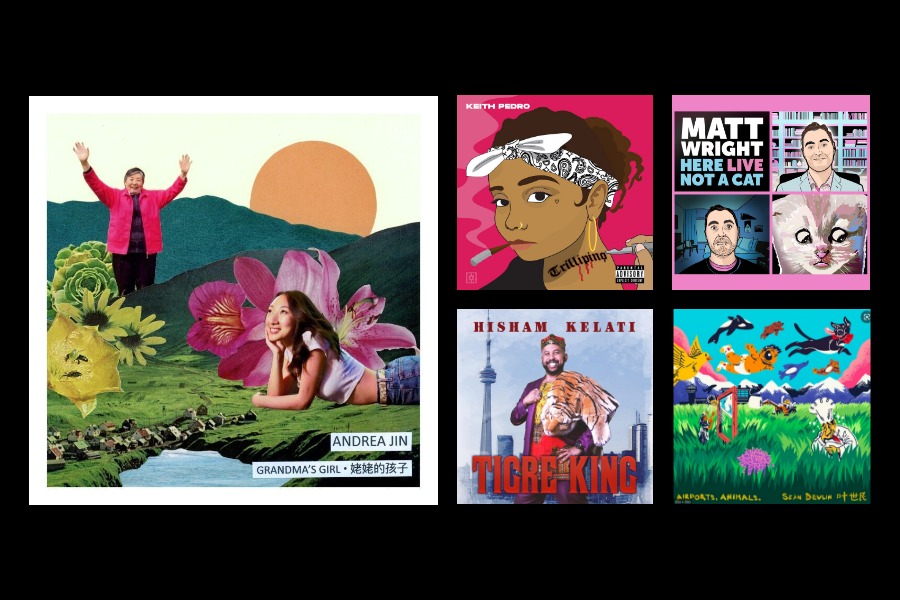 With the pandemic dragging on, the environment burning up and the economy faltering, we really needed to laugh this year. Thankfully Canada’s comedians came through with lots of cathartic, first-rate laughs. Since many live comedy clubs have shuttered again thanks to the Omicron variant, you can listen to these tracks properly distanced outside or in the privacy of your own home and pretend you’re back in a crowded theatre. Just be sure to check these comics out when they start touring again.

Vancouver-based comic Jin has an intriguing, original stand-up persona. She exudes a mixture of brash confidence and voice-quavering insecurity, whether she’s deconstructing the differences between Mulan and the white Disney princesses or breaking down the hypocrisy of people who say they’re “in a really good place right now.” The result is immediately winning. Her take on racism is razor sharp (“imagine,” she tells the Vancouver crowd, “bringing a bike onto the SkyTrain”) and her material about her Chinese grandmother’s bulk-food shopping habits and belief in herbal remedies is both hilarious and endearing. And her bit about enjoying a “white Christmas” will ring especially true for anyone of Asian background.

Listening to Toronto-based Pedro’s cocky, in-your-face style of comedy is the perfect way to close out one crappy year and begin another. Captured live at Kenny Robinson’s Nubian night, the Filipino-Canadian comic warms up the crowd with likeable bits about drugs, sensitive millennials and white privilege. But the album catches fire when he tells two stories involving his kids, especially one about seeking revenge on his daughter’s big-headed cyber bully.

3. Here Live, Not A Cat by Matt Wright

Wright, whose excellent album Existing Is Exhausting was nominated for a Juno this year, follows it up with yet another great collection of jokes, almost all of them involving the pandemic. More than any other stand-up I’ve seen or heard, the Newfoundland-born comic captures the weirdness of these times, whether it’s fluctuating between anxiety and laziness, performing a Just for Laughs set for a theatre filled mostly with mannequins or being socially awkward after more than a year in isolation. In the album’s stand-out sequence, he deconstructs every aspect of the viral video involving the lawyer stuck on a Zoom kitten filter. That bit alone is so good it should have made it onto every late-night TV show on the continent.

If at first it seems like Toronto-based comic Kelati’s act (captured live at another Nubian show) is a little loose – coasting on his energy and gregarious personality – he soon gets on track with a story about how his white girlfriend is obsessed with true crime, something that, as a Black man, he experiences differently. But the album really comes to life when he tells stories about his Eritrean mother, who had a secret life as a soldier during that country’s civil war. His Seinfeld trivia competition joke at the end has already earned classic status in comedy circles, and it never gets old.

The Ontario-born, Vancouver-based comic and filmmaker is the most purely cerebral comic on this list. Which you can tell immediately from the quiet, dry, unassuming delivery of a savagely satirical land acknowledgement at the top. He’s so clever he can find layers of racism in the colour of bird shit. And beneath many of his jokes, whether it’s an awkward encounter on an airplane or a story about chef Wolfgang Puck, is a running theme about the indomitability of white male privilege.