NOW MagazineCultureComedyToronto, I Love You serves up lots of local improv laughs

Toronto, I Love You serves up lots of local improv laughs 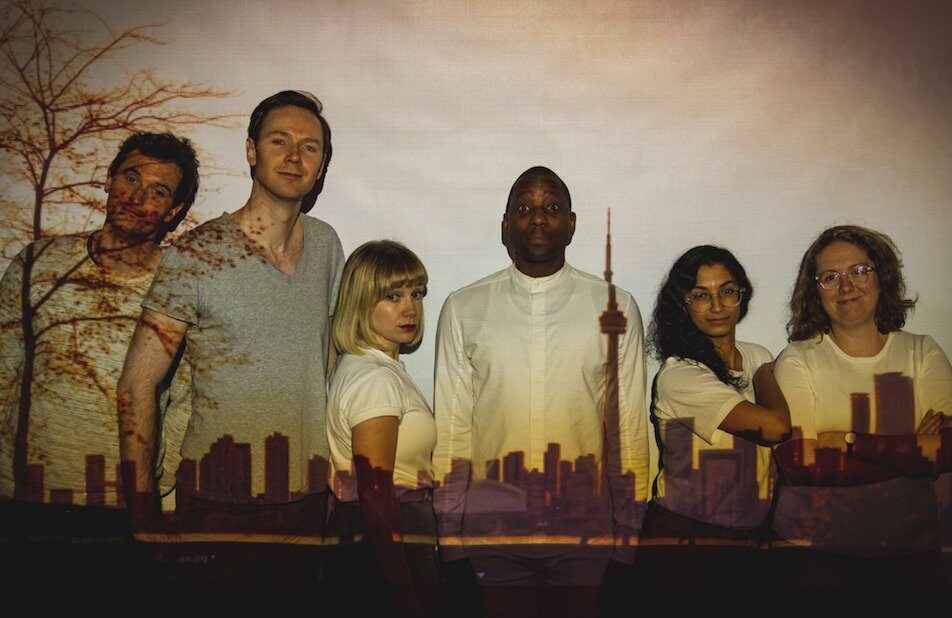 Bad Dog Theatres artistic director Julie Dumais Osborne has gathered an esteemed group of comedians to create original tributes to our city. The energy never wavers as the performers concoct on-the-spot stories based on three of Torontos neighbourhoods and weave them together expertly through longform improv.

Musician Nick DiGaetano kicks things off strumming his guitar, with a harmonica on hand to add a folk-blues feel. At the opening show, Nigel Downer stepped forward and requested favourite Toronto locations. Cast members offered Alexandra Park Pool and the R.C. Harris Water Treatment Plant, then audience members called out ideas for a third place and Koreatown got the nod (which also resulted in a hilarious geography lesson for Downer). With suggestions in place, the adventure took off, with the performers creating countless characters human and otherwise.

The basic storyline (which will change every time since its improv) included a pair of hipsters (Kyle Dooley and Nadine Djoury) at the pool under the watchful eye of a lifeguard stuck in a life rut (Lucy Hill) employees at the water treatment plant (Dooley and Anders Yates with Downer as their boss) and a minimum-wage Koreatown restaurant worker who hopes legalized drugs will help her low self-esteem and nausea problems (Paloma Nunez, with Devon Henderson egging on her drug habit and Rob Baker scooping her ice cream as a snarky Baskin Robbins employee). Carolyne Das served as a supporting player and Connor Low, who ran the lights, will join onstage at a few shows.

The opening scene included some confusing action choices but they got resolved as the narrative clarified. Each scene contained its share of funny moments, callbacks and lines. A riff on Vietnamese coffee got laughs, as did a Dooley remark delivered to Yatess character with perfect comic timing: Ive got to tell you, James, Ive been going to therapy lately… and you come up a lot.

The group constantly support each other. When Hill momentarily forgot the name of her character, Yates pointed to Hills imaginary name necklace (you know, the ones currently adorning necks around town) and said it aloud. Baker offered up well-timed sound effects. His dripping water set off a cacophony of leak sounds from the other players. They also found interesting and kooky ways to transition between scenes.

It may be freezing outside but this heartfelt salute to Toronto provides many warm laughs.