Cripping the Arts shines a light on disability arts in Canada 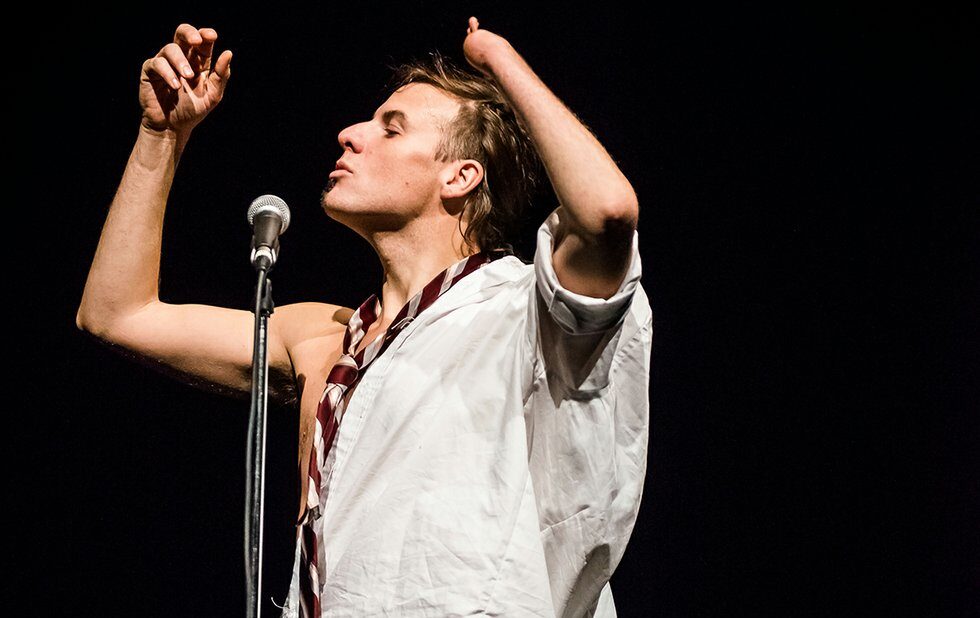 In 2003, Alex Bulmer was fed up fighting full-time for disability rights in Canada, so she moved from Ontario to London, England. The playwright and actor, who is blind due to a condition called retinitis pigmentosa, wanted to focus on her career and felt a change of scenery would be just the ticket.

“I knew I would have a chance to thrive artistically without the energy drain of repeated barriers, and the loneliness of feeling like the only ‘crip’ in the village,” she says. “I knew if I could prove myself to be an asset to the UK disabled arts community, I could possibly get a work visa and fortunately I did.”

Inspired by her time abroad, she eventually returned back to Canada, where she began working towards creating greater inclusion and support systems that were lacking in the country. In 2016, Bulmer teamed up with the British Council, Tangled Art and Disability, Ryerson University Disability Studies, and Harbourfront Centre, to produce an arts symposium with a performance event entitled Cripping the Arts and Cripping the Stage.

This year’s edition of Cripping the Arts is taking place January 24 to 26 at the Harbourfront Centre, focusing on how Deaf, Mad and Disability arts and activism changes how we experience art and culture. Cripping the Arts 2019 features three days of panel discussions, creative workshops, exhibitions and performances, with the organizers not only wanting to reflect the diversity of the community, but the arts themselves.

“We thought something that gave a broader scope to the style or tone of work being performed was a good idea,” says Bulmer, the creative producer of two performances at Cripping the Arts.

Saturday night features a kaleidoscopic performance from UK-based Afro-futurist performance group Brownton Abbey, which was created by and centres on queer people of colour, especially those with disabilities. The theme for the evening is Space Church, and the event brings together a party, performance art, and the personal/political, as a catalyst to celebrate intersectional identities.

“Together, these two events complement the extensive conversation occurring during the daily Cripping the Arts discussions, and present the wide range of artistry across our community,” says Bulmer.

While she points out it’s important to acknowledge the progress that’s been made surrounding disability awareness in Canada in recent years, Bulmer says there’s still a long way to go.

“Government policies were established in the UK back in the 90s which give teeth to the laws and rights of disabled people,” she explains. “Those legislative initiatives are slowly coming in Canada, but seem to have less significant impact.”

She adds that she’d love to see more self empowering initiatives in Canada like the UK’s Access To Work, which provides disabled artists with financial resources to work. In the meantime, what does she hope attendees take away from the three-day event?

“I hope we open minds to imagine beyond the assumed.”