Although the Toronto Dance Theatre performers execute their moves well, this hypnotic ensemble piece could be more polished 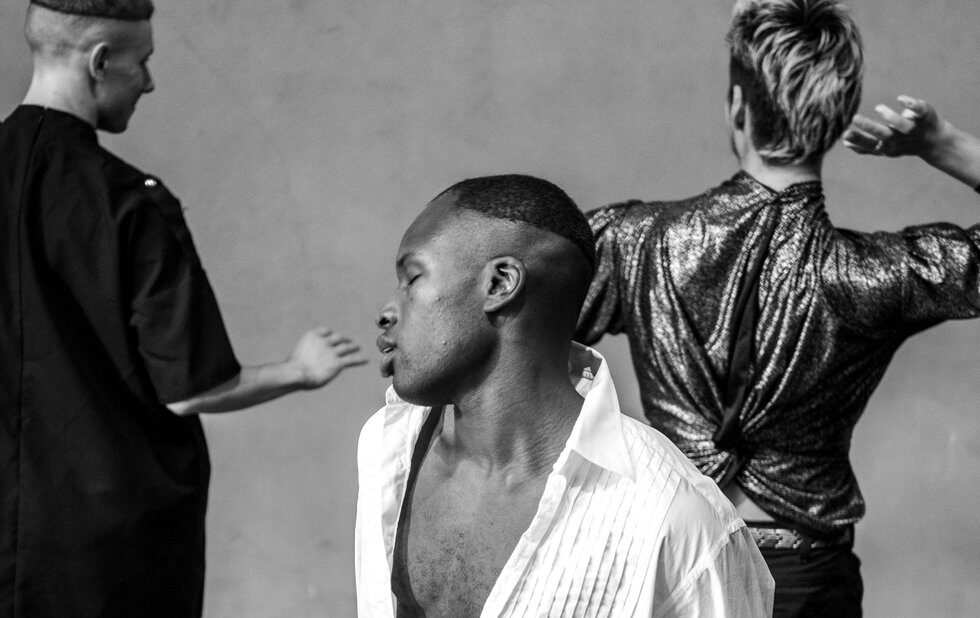 Created collectively but performed by a crew who meet eyes only occasionally in passing, the piece begins with many minutes of open-mouthed vocalizing over Sarah Davachi’s electronic score. A large circle dominates the floor of the elegantly stripped-back Winch space, and eventually, Roberto Soria steps into it with lunges and arms that float into formal, almost balletic port de bras. The others join in and the group slowly circumnavigates the central dance floor. As the movement gains more air and velocity, the group continues to hum and drone. They perform mostly without affect, but there are several curious moments of grimacing and mid-stage eye contact that lead to more genuine smiles.

First singly, then as a group, the dancers approach the audience and stand, giving us a chance to closely scrutinize them as the sound and energy achieve a momentary front-facing direction out of the ebb and flow. We notice details – Alana Elmer’s eyes are closed as she sings Christopher House is serious one minute, seemingly on the verge of giggling the next Megumi Kokuba looks slightly worried.

The individualized expression is welcome in a work that keeps its distance from those watching. There are ghostly echoes of post-modernist experimentation haunting Ring (I found myself thinking about Lucinda Childs at one point), along with ideas about natural forces and structure, both vertical and horizontal.

It’s easy enough to just follow the dancers’ lead and go with the flow – at about 60 minutes, Ring is brief, serious and hypnotic. But that brevity also evokes a work-in-progress feeling. The production is fine. Simon Rossiter’s lighting design is complex and subtle. And while I can’t assess where Davachi’s composition and Matt Smith’s sound design begin and end, the score is carefully calibrated, masterful, really (though some audience members will likely feel alienated by its drone-ier qualities), and the dancers’ interlacing choral work is fascinating. Sarah Doucet’s striking costumes hold clues to each dancer’s sensibility (or at least I had fun imagining they did).

But something’s missing. Conceptually, the work is a few layers short, and the dance itself is not fully realized. Maybe the light touch of this collective sketch is part of Henderson’s point, but exiting the theatre feeling unsatisfied on a cold winter night had me thinking about lost potential.