Subversive Figaro 2.0 is relevant and user-friendly

FIGARO 2.0 choreography by Roberto Campanella and Robert Glumbek with members of ProArteDanza (ProArteDanza). At the Fleck Dance Theatre (207. 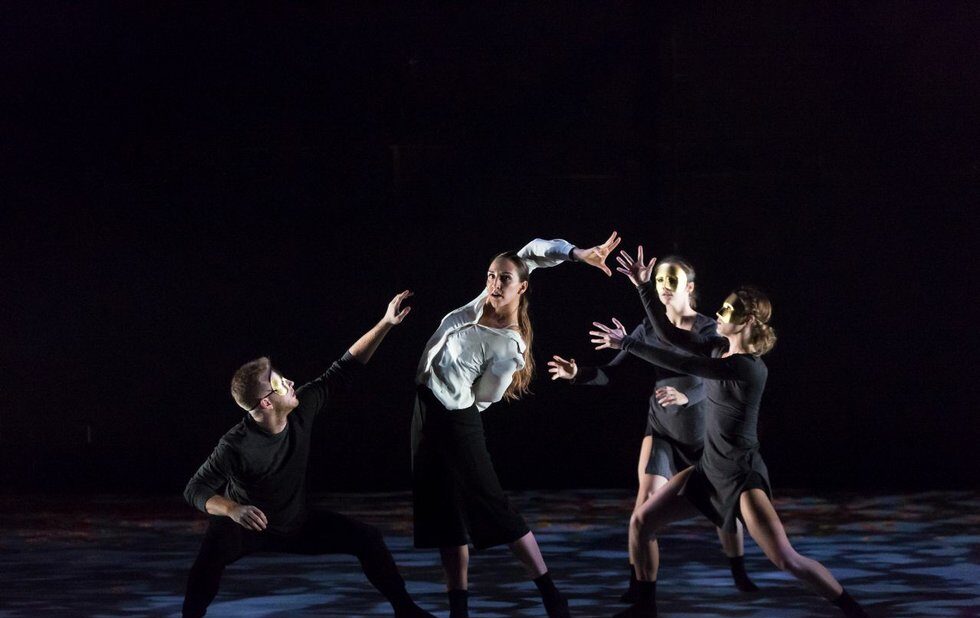 The 18th-century comic opera about deceit, love and power is complicated in its interpersonal cross-referencing: servants Figaro and Suzanna wish to marry their boss, the Count, puts up roadblocks due to his own lust for Suzanna his wife, the Countess, and Suzanna plot together to expose and humiliate the Count. And there are multiple sub-narratives involving bit players and mistaken identities.

The work also contains some of the most beautiful arias and choral passages imaginable, making it treacherous material to reference in any art form.

Theres a nod to early cinema in title cards projected onto the back of the stage (utilitarian in the early scenes, they get cornier as things progress, eventually evoking comic book thought bubbles). Theres a reference to masters of Italian cinema Antonioni and Fellini (especially when Suzanna and the Countess don headscarves and sunglasses). Theres lots of crotch-grabbing to indicate desire, fragments of spoken text (mostly well-delivered), a simpering camp figure in Ryan Lees Marcellina. Yet the comic aspects largely lack confidence and buoyancy, and much of it falls flat, exposing some of the challenges of paying responsible tribute to a masterpiece while exploiting its best bits.

There are a few other dramaturgical problems that may get worked out over the course of the run. For example, I found it distracting that the work goes back and forth between matter-of-fact, task-oriented activity and more abstract treatments (in Greg Harrisons soundscape, as well) to suggest emotional conflict or confusion.

ProArte is on more solid ground using choreographic tools synchronicity, repetition, body torquing, partnering and lifts to craft sinuous dance sections, especially when the intricacies of Mozarts music are explored in movement for trios and quartets.

While the dancing itself is technically solid across the board, the women are stronger when it comes to characterizations. Tori Mehaffey makes a resolute Suzanna, deftly deflecting the Counts unwanted advances time and again. And Kelly Shaw as the Countess is stately and long-suffering, trying to hang on to her dignity while scheming to expose the Counts (Daniel McArthur in a suitably handsy turn) infidelity.

The companys subversion of the source material is most apparent in the closing moments. The Count appears as he began in the opening scene of the work, stripped and shivering with his back to the audience, muttering bitterly about female duplicity. The Countess has won this sad chapter in the battle of the sexes, but it is no triumph. The audience is also denied the . celebratory resolution Mozarts original work typically offers. Seems about right.