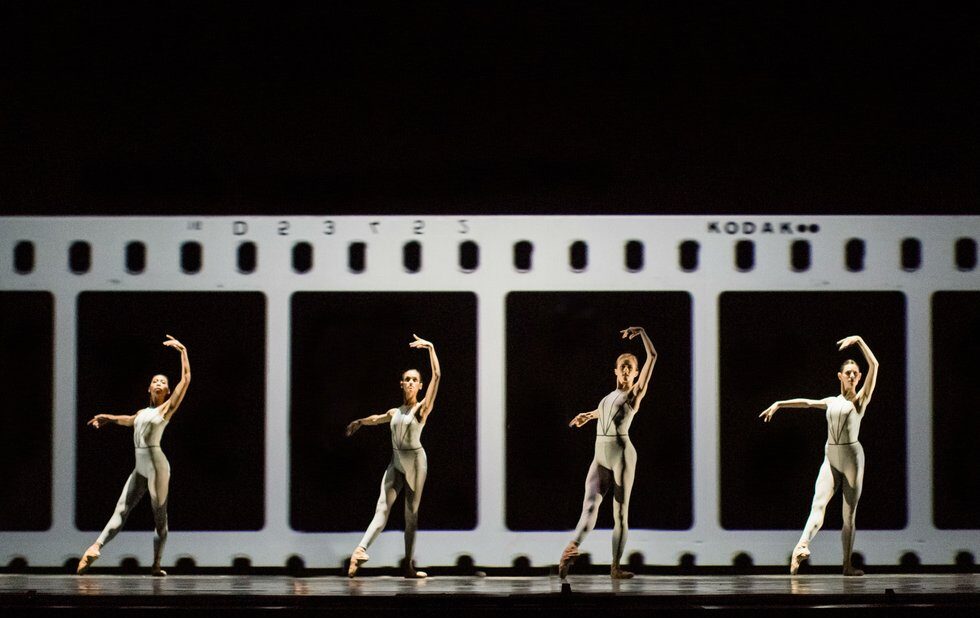 Since the dawn of cinema, dance and film have been flirting with each other. One of the great experimenters in marrying the two was a quiet genius named Norman McLaren. Born in Scotland in 1914, McLaren made short films for the NFB in Montreal for decades until his death in 1987. The new full-length ballet Frame By Frame explores McLaren’s life and work with loving respect and a lot of theatrical sorcery.

In quick succession director Robert Lepage quotes or excerpts McLaren’s greatest works, often as full-size backdrops to Guillaume Côté’s choreography. Other times he plays with aspect ratio, framing the dancers using cinematic elements. Though much of Côté’s work seems doomed to be overshadowed by the effects, it’s inventive and frequently holds its own in this tricky balancing act of a ballet.

In a section devoted to McLaren’s iconic film Pas De Deux, with its ghostly black-and-white trails, disparate dynamic elements blend harmoniously to defy time and context. Lepage and Côté layer dance (with Heather Ogden and Harrison James in roles originated by Margaret Mercier and Vincent Warren) and scenes from the film with newly shot material that speculates on McLaren’s creation process.

Animated film experiments in seeing music and painting with light, and home-movie-style set pieces featuring McLaren and friends, are also addressed, visual themes plucked from the films mashed up against snippets from McLaren’s private life. (The filmmaker is danced throughout the ballet with great sensitivity by second soloist Jack Bertinshaw).

Some of these vignettes are more successful than others the most entertaining occur when Lepage and his team start riffing on McLaren’s concepts, spinning them in unexpected directions – as in the exquisite scene in McLaren’s studio with its metamorphosing drafting table, currents of inspiration almost visibly floating around the stage.

Like McLaren, Lepage and his creative team are confident working with everyday materials – mirrors, hands and coffee cups, lines and numbers – in small and detailed ways that illustrate much bigger ideas.

There may be some polishing and refining yet to come in this world premiere. The work could use an edit to make it flow better and run tighter than its current 130 minutes. Four or five scenes wouldn’t be missed. And there’s so much to look at, so many adjustments the eye must make moving from two dimensions to three, real bodies to screen bodies, peering through scrims or clouds of smoke – perhaps mercy could be extended to the audience by tweaking a few of the harsher lighting effects.

It ends with the conventional closing character parade you’d expect from a more ordinary bio ballet.

Though thrilling, it can’t quite live up to some of the quieter, more perfectly intimate interplays of narrative, choreographed movement and design. It’s in those moments that titanic talents synchronize to make real magic. 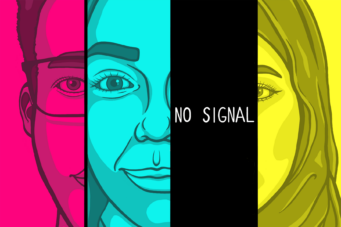