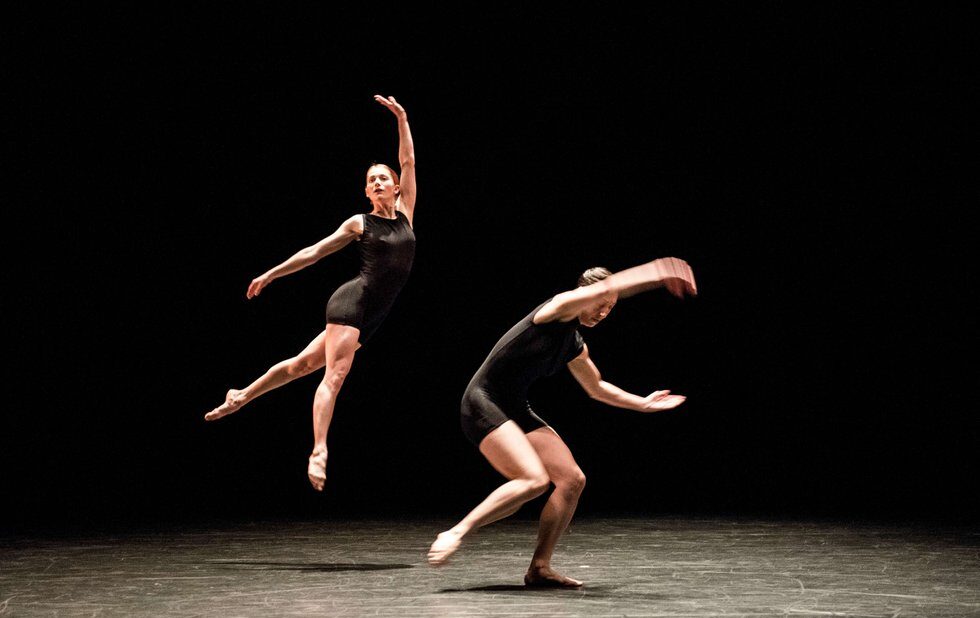 Artistic goodbyes aren’t always graceful. So it’s been satisfying to watch Toronto Dance Theatre artistic director/choreographer Christopher House wrap up his long tenure with the company in such style.

House’s last main stage production with the company is House Mix, four works selected from his enormous oeuvre, and one guest contribution.  For those who’ve followed his career (41 years in total, 26 of them as AD), it’s hard not to be emotional about the end of this era, and curious about what’s to come for the company. And yet it’s also hard to be sad with so much beauty and spark onstage.

The program opens, thrillingly, with Martingales from 2014. Built around simple task-based movement such as passing a small weighted ball tossed high in the air, the work builds in complexity. When dancer Christianne Ullmark breaks into a sprint and the dancers pair up and run full tilt – one partner forward, one running backward – it’s impossible not to be cheered by the exuberance and momentum. Program notes point to the martingale as a system in which no amount of past experience can help predict the future. It’s an apt conceptual underpinning for a dance that achieves expression through the collaborative task of keeping things moving without bumping into each other.

For me, the collective energy was much more subdued over the next three pieces on the program. Originally created for the Men Dancing Men’s Dances Festival in 1993, Encarnado was performed on opening night by Ullmark and Erin Poole. (Ryan Kostyniuk and Roberto Soria will perform later in the run.) Taking inspiration from classical literature is a frequent House MO, and the sculptural shapes here are said to reference The Iliad. More to the point, the work demonstrates the fluid approach to gender identity that House and TDT have developed together.

6 People Doing 6 Poses From 6 Photos To Music is Tedd Robinson’s witty contribution to his long-time friend and colleague’s last TDT mix. Robinson’s quirky vocabulary and unique sensibility are always interesting, but I’m not really convinced by its inclusion here. As the clock is running down, I would have preferred to see one more morsel from the treasure box of House’s work.

Echo Dark feels more visually and aurally emphatic than some of the other pieces. Wearing big boots and voluminous skirts, the cast pose, roll and slam those boots into the floor, creating a rush of moving texture. Using choreographic material from 2005’s Echo’s Object, the work is a good example of House’s relationship to repertoire as a living, breathing resource to be re-calibrated and re-imagined at will. That said, it still feels a bit like a lovely extract, dark and mysterious, hinting at depths while clinging to surface tensions.

The last work on the program, Vena Cava from 1998, brings us back into the light with blood pumping physicality. I love watching the company dance this. Within the work’s overall kinetic spirit – so representative of the company style – you can see how individual dancers can grow in confidence. With Kostyniuk in a featured role, the choreography looks like House might have created it for himself to dance. But Kostyniuk brings an uncomplicated fleetness to the part and, in the end, owns it. Megumi Kokuba stands out with sensitivity – she’s self-aware, but relaxed with it all. I also loved Poole in this piece, with her long limbs precisely slicing arcs in the air.

Hard to remember if the company has ever looked better.