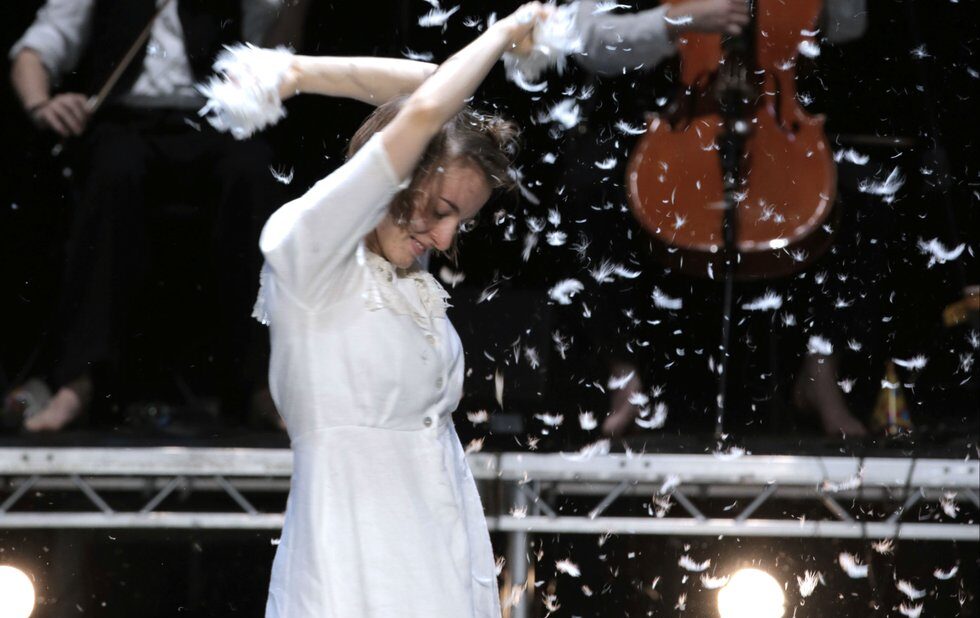 Misery and beauty. Swan Lake/Loch na hEala, the dance theatre work from Ireland that kicks off Luminato, glides effortlessly between the two, wringing audience hearts in the process.

Directed and choreographed by Michael Keegan-Dolan (noted for his work as Fabulous Beast, now reinvented as Teac Damsa, roughly translated as house of dance), the 75-minute work is set in rural Ireland, where change is afoot amidst crumbling social and institutional frameworks.

In a narrative that seemingly has nothing to do with the eponymous ballet, Jimmy ONeill (played by Austrian actor Alex Leonhartsberger) is a sad man getting sadder as his arthritic mother Nancy (Elizabeth Cameron Dalman, a pioneer of contemporary dance in Australia) prepares to sell the family home in order to move into more modern council digs. If Jimmy appears hopelessly lost, we still care deeply about his fate almost from the opening moments in which he sits dourly smoking a cigarette. Later he cradles his dead fathers gun and struggles to find comfort in sleep atop two cinder blocks. When Jimmy finally finds some joy dancing with a compassionate swan/girl (Rachel Poirier) down by the lake, it is a lovely respite.

The level of stagecraft in this production is remarkable. The gifted cast of charismatic performers continually wring new meaning from simple materials towels, sheets of plastic, concrete blocks. Veteran performers Mikel Murfi, playing a range of characters (sometimes simultaneously), and Dalman stand out with chilling conviction whether speaking or moving. The casts skill culminates (if thats the word) in a chaotic horror show of a birthday party that reveals the meanness and brutality possible when broken, ignorant people gather.

Through imagery, gesture and dialogue, Keegan-Dolan and company keep raising the intensity of their observations about humanitys bumbling cruelty to the point where were set to join Jimmy in head-hanging despair. Then they seduce us all away from the brink with gently melodic music, dancing and singing that tempers the dreadful action.

You might leave the theatre grateful, as I was, for the compassionate gift of the shows final rapturous dance party which everyone, onstage and off, has earned and deserves.