Made In Canada is a worthy celebration of homegrown classical dance

The National Ballet of Canada’s mixed program is cerebral, weird and moving 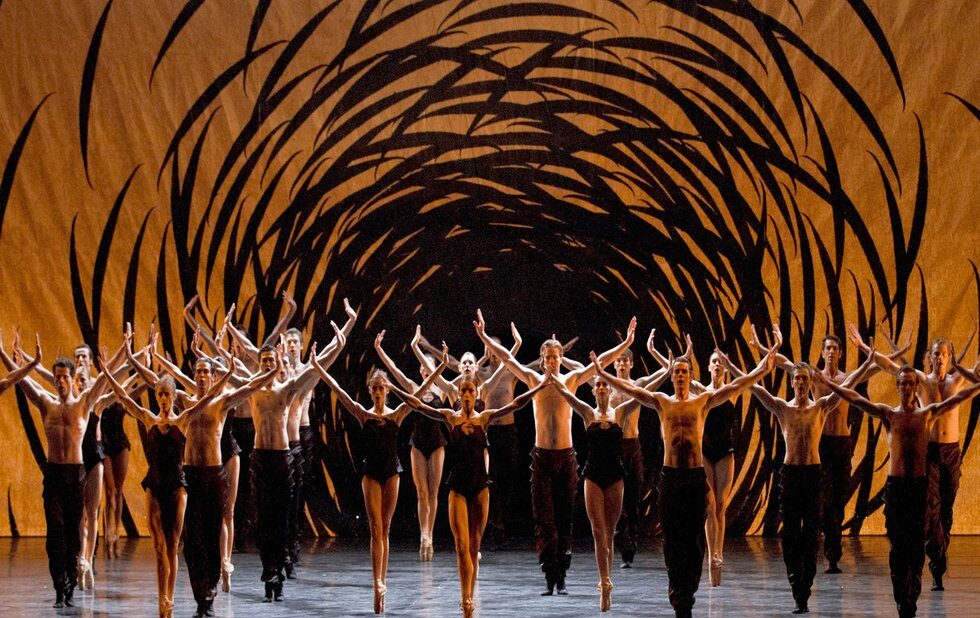 The National Ballet of Canada’s mixed programs are fascinating. Much less popular with regular audiences than big, shiny multi-act productions like Alice’s Adventures In Wonderland or The Nutcracker, they’re nonetheless important to demonstrate the range and depth of choreographic and artistic genius available both within the company and from the outside. The current program, Made In Canada, is a mixed bag.

Robert Binet’s The Dreamers Ever Leave You was originally presented as an immersive installation at the Art Gallery of Ontario in conjunction with a retrospective of Group of Seven painter Lawren Harris.

Binet graduated from the National Ballet School and joined the company as choreographic associate in 2013. Still in his 20s, he’s on a stellar career trajectory, having recently been mentored by Wayne McGregor and making works for the Royal Ballet, Ballet Moscow and New York City Ballet.

Although a touch overlong at 40 minutes, the stage version of Dreamers feels light and fresh in its choreographic intent. The work is sensitively attuned to Lubomyr Melnyk’s piano score, here played live by the composer.

The dense music rolls on, with the dancers’ movement propelled by and catching periodically on its sonic progressions. There are impressions of relentlessly changing ice and refractions of light, of isolation and intimacy – which achieve physical manifestation in duets and solos that tilt and torque, lightning quick movement that slows into very precise final placements of arms and feet.

Simon Rossiter’s artful lighting design and an unfussy set by Robyn Clarke that periodically re-balances white and black elements to echo some of Harris’s best-known paintings contribute to making this newly minted stage spectacle a success.

James Kudelka’s The Four Seasons dates from 1997 and is a company favourite. In the 45-minute work, the choreographer approaches Vivaldi’s iconic piece of music with a similarly tight grip on structure. Equating the stages of life with each of Vivaldi’s four movements, Kudelka deftly sketches the exuberance of youth/spring, the mature ripeness of summer/fall and the precarious chill of winter.

Some aspects I remember from previous viewings – the strange positioning of The Man’s hands, the step-per-note stage crossing (whether en pointe or flat-footed), the women as seasonal representations – still bother me 20 years on.

But there’s just so much to admire: the patterns woven by groups of dancers in full flight the showcase moments for shining technique (most thrillingly represented on opening night by Greta Hodgkinson and Guillaume Côté in the sultry Summer section and by Jenna Savella in Autumn) the minuet-like delicacy of the final quintet of Winter. The Four Seasons is considered a masterwork for good reason.

Crystal Pite’s Emergence premiered in 2009, pre-dating the BC-born choreographer’s rise to international acclaim with works for Nederlands Dans Theater and the Royal Ballet, and the still touring sensation Betroffenheit from 2015.

Earlier this week, artistic director Karen Kain announced a major new commission from Pite coming for the 2019/20 season. However, Emergence will more than suffice until then.

The work packs a lot of drama into 30 minutes, supported by a bleak sonic framework of electronic and sotto voce count-chanting by Owen Belton. Pite’s exploration of swarm intelligence and group dynamics has many thrilling moments, clearly inspired by the natural world. From the creepy strutting en pointe to advancing lines of ballerinas extending their legs and feet in unison to the 36-dancer closing statement of unity (and making a break for it), the movement sustains a mesmerizing metaphor about collective endeavour.

Made In Canada is a sometimes cerebral, periodically weird, yet often moving, ode to home-grown classical talent across generations. Something to be proud of, for sure.