Next Stage review: That “F” Word 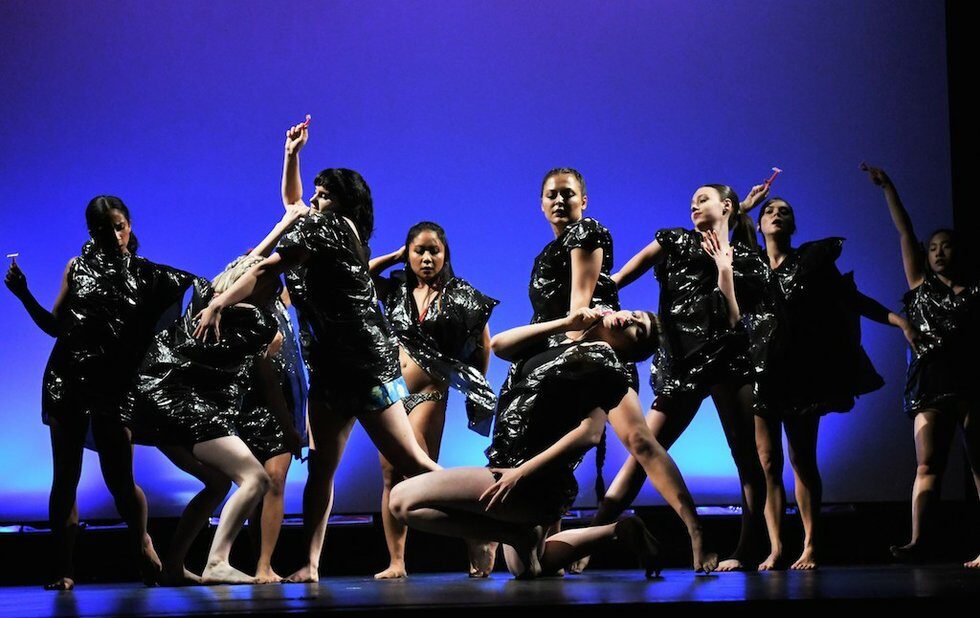 This reworked and slightly renamed version of The F Word (the F stands for feminism) from last years Fringe is a fiery hip-hop and contemporary dance show depicting the patriarchal problems women routinely face and the ways women are working together toward equality and justice.

Memorable moments include movements timed to the authoritarian ticking of clocks and clacking of typewriters, a killer solo pop n lock routine by Holly Pocket and fun and poignant numbers performed by a full-tilt hip-hop crew.

Other more symbolic scenes that focus on the politics of fashion choices and the double-standard in how powerful women and men are described are clearly and cleverly choreographed.

Even more relevant post-#MeToo, and full of up-and-coming talent, That “F” Word entertains and educates.