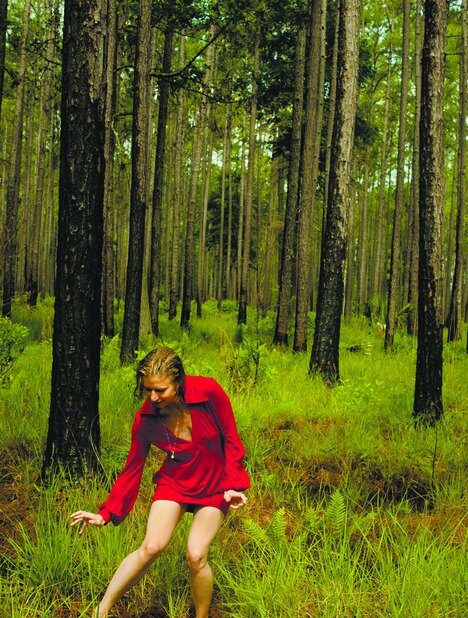 Aszure Barton got to hand-pick her dancers. Photo by George Lange.

Watch her. That’s the title of Aszure Barton’s new commission for the National Ballet of Canada. But the imperative could just as easily apply to the fast-rising dance star herself.[rssbreak]

“Four world premieres in two months,” Barton says in a girlish voice over a crackling cellphone when I ask about her recent schedule.

Mikhail Baryshnikov, whom she met after she left Canada for New York a decade ago, attends all her shows and has called her work “fresh and arresting.”

No wonder the National’s Karen Kain got her on the phone pronto to create a new piece for the company.

“She basically said, ‘We’re here to support your vision, and what you want to do will happen,'” says Barton.

A former student at the National Ballet School, she recalls walking into the studio for the first time, watching and feeling watched. She experienced déjà vu when creating the piece.

She seldom has a fixed idea of what she wants, preferring to work with dancers first and pick up clues about their personalities.

“I really like to bring out their characters, even though there’s no real narrative,” she explains. “I like to get the flavour of them.”

She was initially intrigued by the pairing of principal dancer Sonia Rodriguez and Kevin Bowles. Bowles, she says, stood apart as an outsider.

“So I had Kevin sit and go through a series of different postures. The whole piece sort of stemmed from that. Sonia came into the studio, and I created a separate relationship between them. I like that their energy is so different, but they get along very well.”

Although she began choreographing while in the ballet school, her interest goes back to childhood.

“My sisters and I would go down to the basement and make little dances,” she says. “I never chose dance – it was always what I knew and how I knew to have a good time.”

After gigs in Les Ballets Jazz de Montréal and time in Europe, Barton’s settled in Manhattan. She recalls her early years there, self-producing, holding down five jobs.

“One of my first pieces was performed in a deli,” she laughs.

Now she’s in a position to turn down work and concentrate on only the most intriguing commissions. And her health.

“I had my appendix taken out mid-creation with this National piece,” she says. “It was a wake-up call that I’m not invincible.”