The Montreal choreographer mocks her own mythology in this collection of weird, beautiful solos and duets 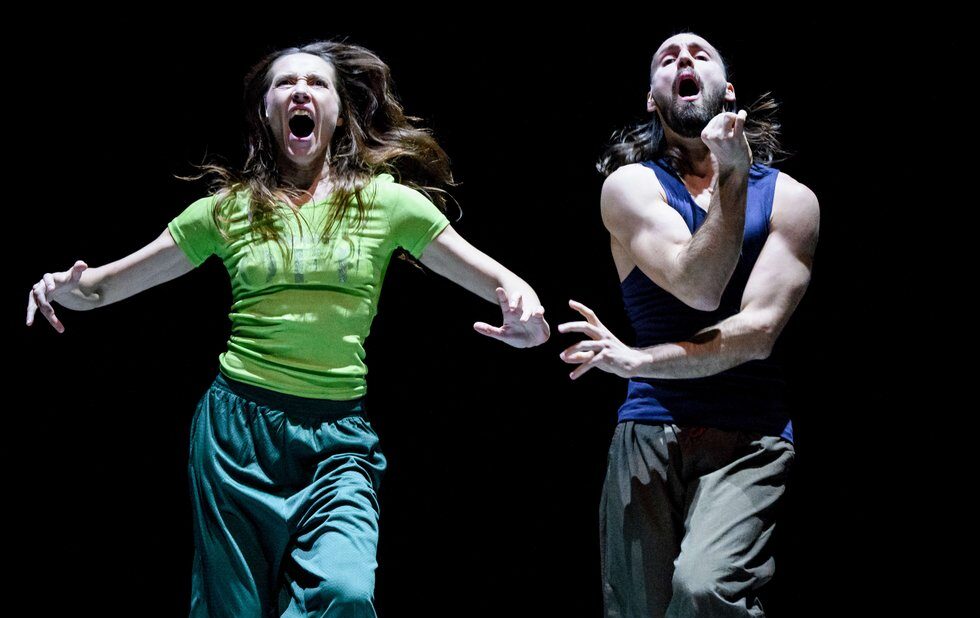 “Radical” is a word that’s everywhere these days, and in her latest show, Montreal choreographer Marie Chouinard harnesses it with a bit of her typical wordplay. For Radical Vitality, she says she is looking at the origins of the word: “radix” is Latin for “root.” The 90-minute show is a series of extracts – roots – plucked from the context of 30 years of repertoire and presented as an anthology of standalone conceptual pieces.

In some of the solos and duets on the program, Chouinard gently mocks her own mythology. For petite danse sans nom, performer Sayer Mansfield walks to centre stage with a bucket and a glass of water. Long-time fans – and there seemed to be many on opening night – already know that once the dancer downs the water, she will squat over the bucket and seemingly urinate – a nod to a notorious outing at the AGO early in Chouinard’s career.

Several pieces seem to comment on performance dance itself: The 2005 Ouch! duet from bODY rEMIX / gOLDBERG vARIATIONS, for example, or the Wild Goose Duet from Les Trous Du Ciel, 1991, in which Scott McCabe and Motrya Kozbur mimic birds excited by the opportunity to show off in a pond of light.

It’s no accident that we see lots of bird imagery over the course of the evening. The company dancers preen, strut and pose like peacocks. Many of them are recent additions to the company and thus new to the work, but they’re pliant and brave – no one shies from the nudity or athleticism required by Chouinard’s sensual explorations.

Veteran company member Carol Prieur anchors the action with a radiance that comes with having created many of the roles. From an early regal and comic turn in Royal Bell (from 2008’s Orpheus And Eurydice) to evocative solos in Last Part (from Étude No 1 from 2001) and Solo and 4 Heads from The Golden Mean (Live), from 2010, she continues to dance magnificently.

There’s also a small amount of brand new work in this greatest-hits parade – notably the gorgeously agonized duet Laschia ch’io Pianga, performed by Adrian W.S. Batt and Valeria Galluccio. And two video segments represent Chouinard’s ongoing interest in media. In one, Kozbur grotesquely manipulates the skin of her face in close-up the other is a surprisingly romantic duet for hands and fingers.

As a cursory primer on all things Chouinard, Radical Vitality is very effective, if slightly skewed for laughs. More interestingly, it puts her choreography under a spotlight for closer examination away from the imperatives and trajectories of a longer work. The contorted limbs, the breathy, shrieky vocalizing, the playful, slightly dark-tinged sexuality – it’s all there, a roll call of weirdness and beauty from a choreographer who has proved her creative mettle many times over.