Fusion of Palestinian folk dance, ballet, contemporary and hip-hop is lively but repetitive 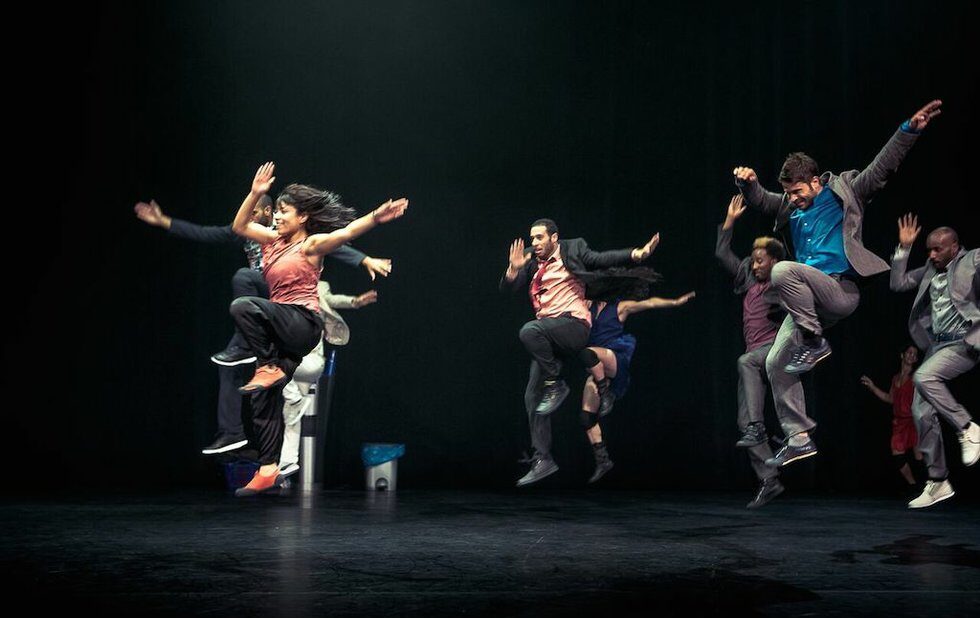 As a look at how the Palestinian folk dance form of dabke has been shaped and transformed into a piece of concert dance for an international audience, Badke is energetic and as infectiously fun as the dance party at a wedding reception. But even at 70 minutes, it becomes repetitive.

This ambitious collaboration between the companies KVS (from Brussels), Ghent’s Les ballets C de la B and the A.M. Qattan Foundation (which invests in culture and education in the Occupied Palestinian Territories) begins in total darkness, with people shouting out words, presumably in Arabic. (There are no surtitles, which would have added other layers.)

Gradually the lights come up and the lively, brightly coloured ensemble begins dancing and clapping. When people pair up to dance in unison, they’re usually segregated by gender. But this isn’t merely a recreation of a folk dance. When a woman breaks through the group and begins swaying to music she hears on her headphones, the point becomes clear: not everyone’s listening to the same tune.

The Palestinian dancers come from a variety of disciplines, and they all get to strut their stuff. There are breakdancers, circus performers, ballet dancers.

What follows is an eclectic mix of folk, ballet, contemporary and urban. And while there’s nothing overtly political – the image of one woman, clearly injured, on the floor can be read many ways – there’s something very satisfying about seeing a range of personality and expression on the same stage.

If only that could happen in real life.