NOW MagazineCultureDance>>> Show about bros will keep you on your toes

>>> Show about bros will keep you on your toes

Immersive dance show What It's Like explores brotherhood and connection 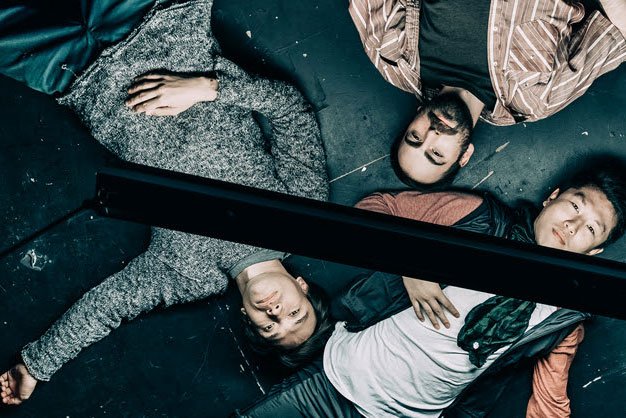 There’s a bit of a protocol preamble before what it’s like, Heidi Strauss‘s ambitious new immersive work about brotherhood and connection, even begins. Ushered into the gallery space outside the main theatre, we see the performers onscreen in a live-streamed introduction to the way the show works. Their key message is “Trust us” – and we should, because we’re in excellent hands.

The journey begins in a kind of tarpaulin cave, where the dancers lie on their backs under a light suspended just above their faces. They chat casually, playfully competitive about which one of them is “winning” at any given moment – at being most present, at playing rock/paper/ scissors, at losing. Their banter gives us glimpses of connections and rivalries to come.

Prompted by the cast and a discreet gang of white-T-shirted volunteers, we’re then led through a series of spatial situations in a theatre stripped bare of risers, seats and wings. With help from scenic designer Julie Fox and lighting designer Simon Rossiter, the performers push out or contract the edges of their playing area as needed. We could be inside a video game, not quite role-playing but observing as the action unfurls, and, on occasion, stepping in to help with a bit of business.

At times the vibe is intimate. One of my favourite scenes has Luke Garwood and Naishi Wang seated at a table bathed in light. We gather close as Wang verbally makes a case for Garwood’s being his brother. Meanwhile, they’re wrapping each other’s hands in packing tape. Michael Caldwell monitors the exercise in a bossypants way that also shapes its momentum.

At other moments, the dancers dodge audience members, running and then converging in duos and trios, pushing and shoving in the manner of small boys or thugs. What might be interpreted as battle scenes toward the end take place within a knee-level framework of infrared rays. The dancers, alone and together, struggle with unseen forces, working under and over the lines.

Strauss and her creative team have crafted this user experience with care, and the work reveals its surprises with style, prompting both thought and (sometimes) emotion in its pursuit of the brotherly themes that affect us all.