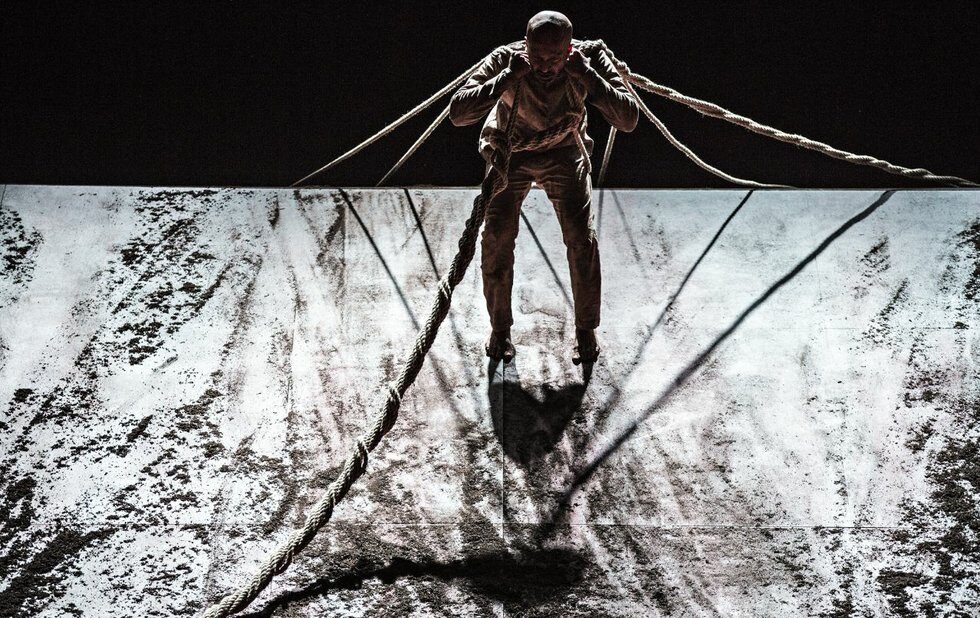 Artistically, the military experience is frequently explored. But in the hands of UK-based dancer/choreographer Akram Khan it seems there are still many nightmare angles and shades of tragedy to uncover.

The solo work Xenos (Greek for “stranger” or “other”) is Khans ode to Indian soldiers fighting for Britain in World War I. Blending contemporary movement and the kathak classical forms in which Khans practice is rooted, its an impressionistic hour-long dreamscape in which the body struggles to hold its own amidst forces exerted from all directions.

Xenoss exquisite production values are a finely tuned balancing act. The performance area (designed by Mirella Weingarten) is sharply raked, suggesting the inclined sides of a trench its the source of several stunning effects. Every once in a while the companys fine musicians and vocalists appear in a lighted rectangle above the set, alternately sweet-sounding and menacing ghosts or witnesses. Props beget images: Khan unwraps the string of kathak bells that circles his ankles, using them to suggest a marionette, then a bandolier of bullets strapped to his chest. Organic elements fibre ropes, dirt, pinecones, human voices offset the repetitive and regimental precision of the staging.

And Vincenzo Lamagnas score and sound design is mighty, a constant presence onstage even when the musicians retreat, with mechanical clicks and alarms and the sound of booming thunder or heavy artillery underpinning the action.

Fragments of traditional songs, a roll call of soldiers names, all Indian, crackly voices emanating from a gramophone-horn-turned-intercom-turned-searchlight the organization of these sensory elements is near-perfect (though at times I had to struggle to hear some of the very minimal text written by Jordan Tannahill).

But Xenos is still visceral, corporeal frailty and strength always front and centre for those watching.

Thats largely because Khan is simply riveting to watch, spinning like a fury, wrestling with his ropes, working that 45-degree incline over and over. When not unleashing a barrage of continuously flowing movement he catches an uneasy rest, pausing amid the hallucinatory fog of war and its aftermath. At one point he wraps the ropes around his head like a turban, obscuring his face, and performs a delicate dance with arms undulating like wings and fingers fluttering like a bird.

These moments of troubled peace and poetry collapse suddenly with a (literal) bang and we are startled out of our seats by the violence that has been lurking all along. It happens with a frequency that begins to feel formulaic by the end of the evening.

Yet Xenos is a powerful achievement by an artist at the top of his game, full of potent images that keep us thinking long after we leave the theatre.