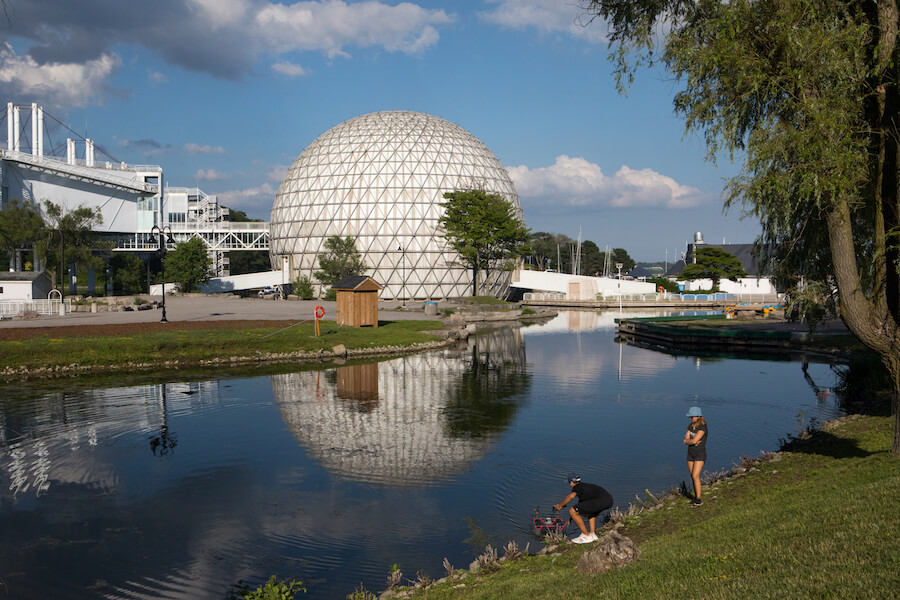 Two major corporate players in the Toronto entertainment world are opening a drive-in venue on the waterfront.

The venue will host screenings of NHL and NBA playoff game TV broadcasts on a 40-foot screen, as well as concerts by Walk Off The Earth and Sam Roberts Band (details are TBA), among other acts. Capacity is 220 vehicles.

The drive-in venue’s debut concert is country duo The Reklaws on August 13.

As the Raptors advance to the playoffs, OLG Play Stage will essentially be like a ticketed version of Jurassic Park, the space outside Scotiabank Arena where fans gather to cheer on the basketball team.

Toronto is the host city for the NHL Eastern Conference teams during the NHL Stanley Cup Qualifiers and NHL Stanley Cup Playoffs, but the hockey teams are playing games without fans in seats as the coronavirus pandemic continues.

The TSN and Sportsnet broadcasts will feature special guests on the main stage as well as pre-programming and prizes to be won, including sports merch.

How to get tickets

Vehicle admission for the game broadcasts is a minimum donation of $25 that goes to the MLSE Foundation. Tickets will be available on a game-by-game basis.

Details of the summer concert lineup have yet to be announced. Tickets for the Reklaws show go on sale on August 7 at 10 am via OLGPlayStage.com and Ticketmaster.

Toronto is in stage 3 of Ontario’s reopening plan from COVID-19 lockdown measures. As per government rules, attendees are only permitted to leave vehicles to use the restrooms. Masks must be worn outside of vehicles.

The list of what fans are allowed to bring and not to bring is on the venue’s website. Food and non-alcoholic drinks will be available to purchase online.

Drive-in venues are back with a vengeance in Toronto.