NOW MagazineCultureArt & DesignEgyptian mummies are coming to Toronto in September

Egyptian mummies are coming to Toronto in September

Originally set to open at the ROM this past spring, the exhibition will now touch down on September 19 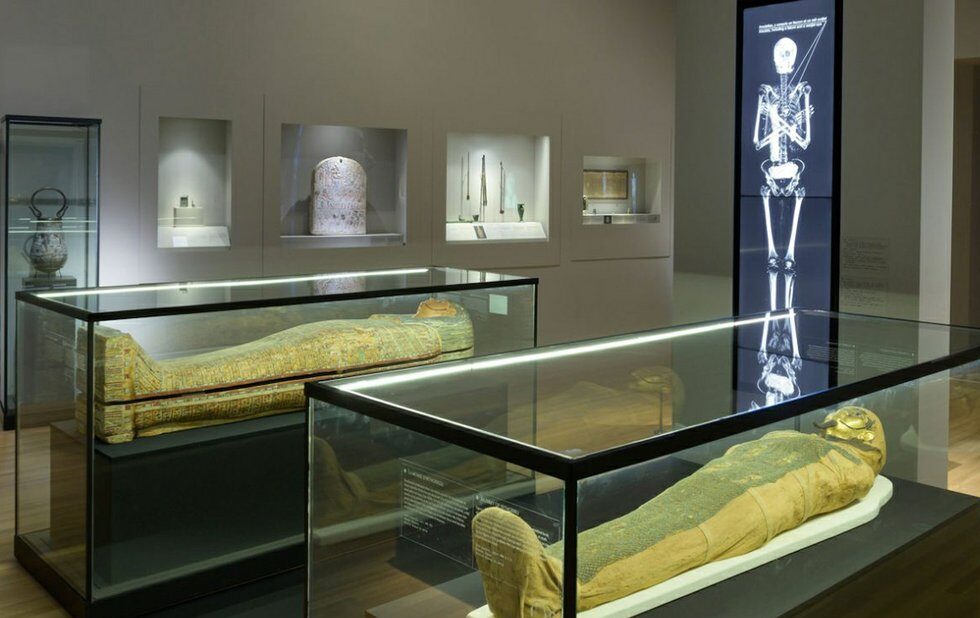 An exhibition on Egyptian mummies will open in Toronto at the Royal Ontario Museum in September.

The show, which features six mummies preserved for up to 3,000 years, was originally scheduled to open in mid-May. As with everything else, the museum had to close and cancel or reschedule events due to coronavirus lockdown measures.

Now set to open on September 19, the exhibition uses CT scans, 3D imaging and 200 contemporary objects to recreate the lives of the six people who lived in Ancient Egypt between 900 BCE to CE 180.

Advanced 3D CT scanners, known as dual energy CT scanning, produced thousands of images from the remains without disturbing the mummy wrapping. This allowed researchers to determine each individual’s sex, age and health conditions at the time of death and mummification process.

The ROM is the last stop on the exhibition’s global tour.

Egyptian Mummies will run to March 21, 2021. It’s a ticketed exhibition and the ROM will limit the number of visitors to the show per day. Visitors must book timed-entry tickets in advance online via rom.on.ca.

The ROM reopened from a 17-week closure in early July. Art galleries and museums were allowed to resume operations in stage 2 of Ontario’s reopening plan.