This week, to mark NOW’s 40th anniversary this fall, we’re launching a series looking back at 40 memorable covers 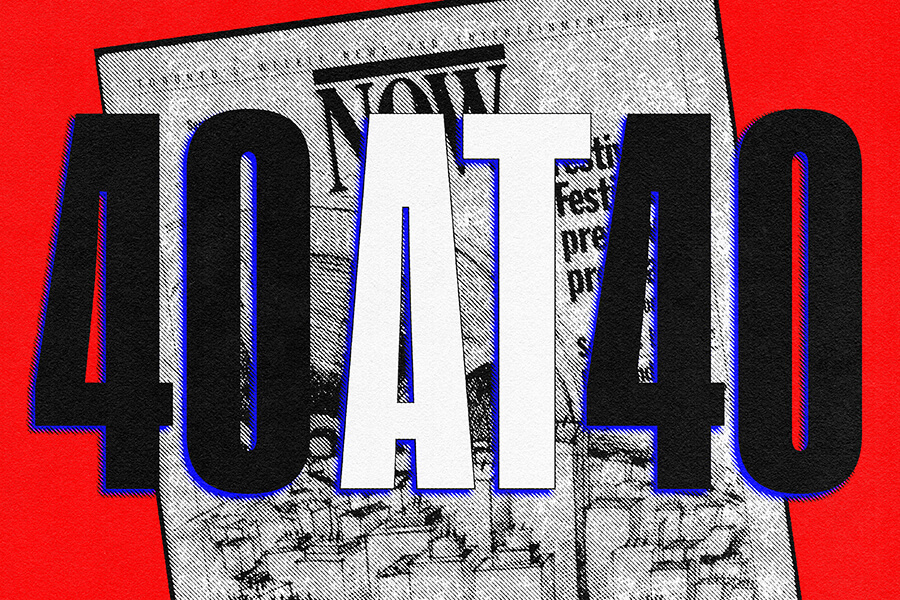 This year, NOW Magazine turns 40 years old. To mark this occasion, we’re launching 40 at 40, a series looking back at 40 of our most memorable covers.

What makes a cover memorable? It could be a musician, or an actor, or a chef just breaking out on the local scene. It could be a deep-dive interview with a mid-career artist or politician trying out something new. It could be a story about an emerging cultural trend. Then again, it could be, in retrospect, a bad call – but still memorable because it reflected what was happening in the zeitgeist at the time.

Every Monday morning, we’ll be republishing one NOW Magazine cover story from our archives online at nowtoronto.com. In addition, we’ll update you on the cover subject. What are they doing now? How does their work hold up? In some cases, we’ll be interviewing the subjects, writers or photographers again to look back at the making of that cover story.

We’re kicking off the 40 at 40 series this Monday with our April 14, 1988 cover story, written by Daryl Jung, on Buffy Sainte-Marie, the legendary singer/songwriter/activist. In the middle of a major career back then – five years earlier she became the first Indigenous person to win an Oscar, as co-writer of the song Up Where We Belong – Sainte-Marie has continued her activism and music-making, and seen her work discovered and embraced by new generations of fans and musicians. 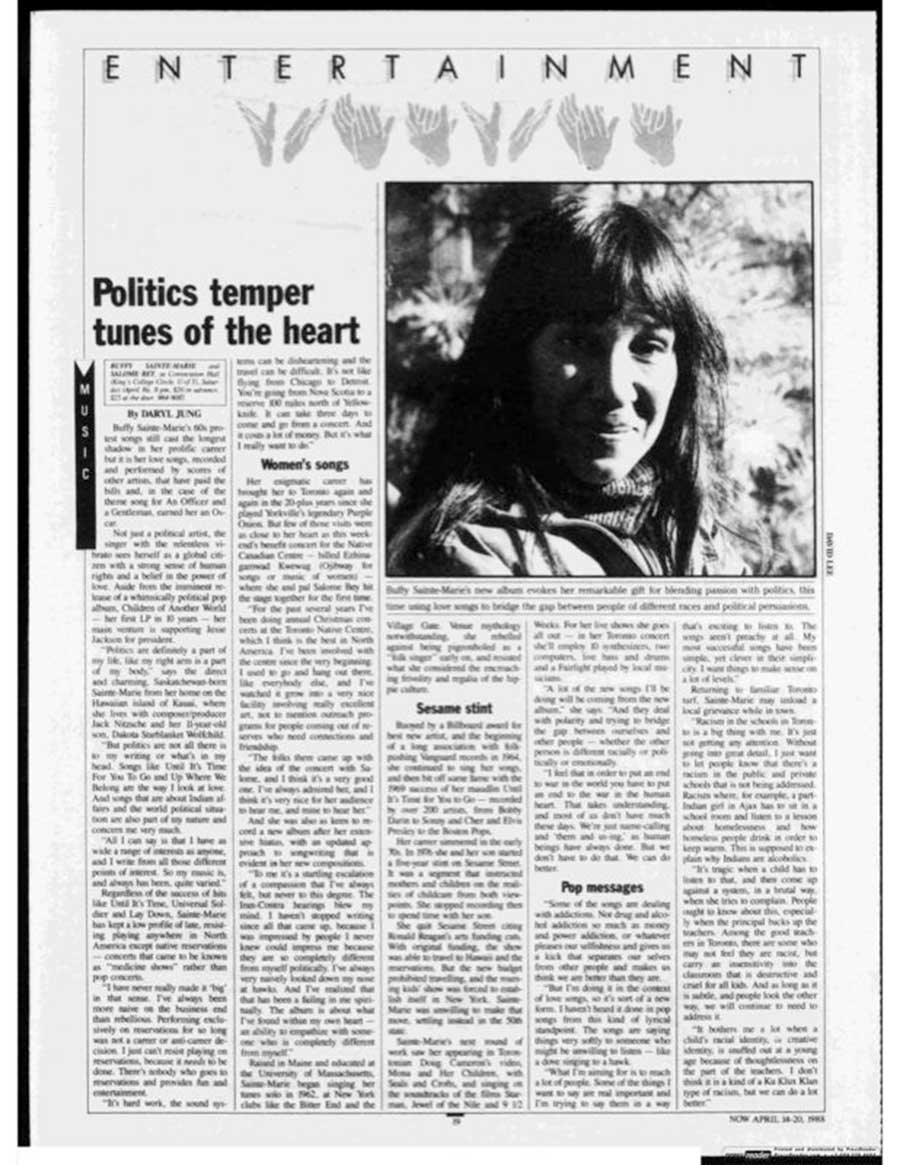 This week Sainte-Marie is taking part in The Elements Of Story at Canadian Stage, a discussion on how three particular books have shaped her life and how they comment on our current moment. Veteran playwright, director, actor and educator Yvette Nolan will interview Sainte-Marie.

So remember to check out who we’ve chosen as a memorable NOW cover every Monday on our website.

And since NOW’s archives are fully available online, you can decide for yourself which covers deserve another look. Did a particular NOW cover open your eyes to something new? If you’re an artist, did a past cover subject inspire you to pursue your current career? Did we make any mistakes?

We’d love your feedback – and who knows, maybe your choice will show up as one of the 40 at 40 covers. Email us at letters at nowtoronto dot com.