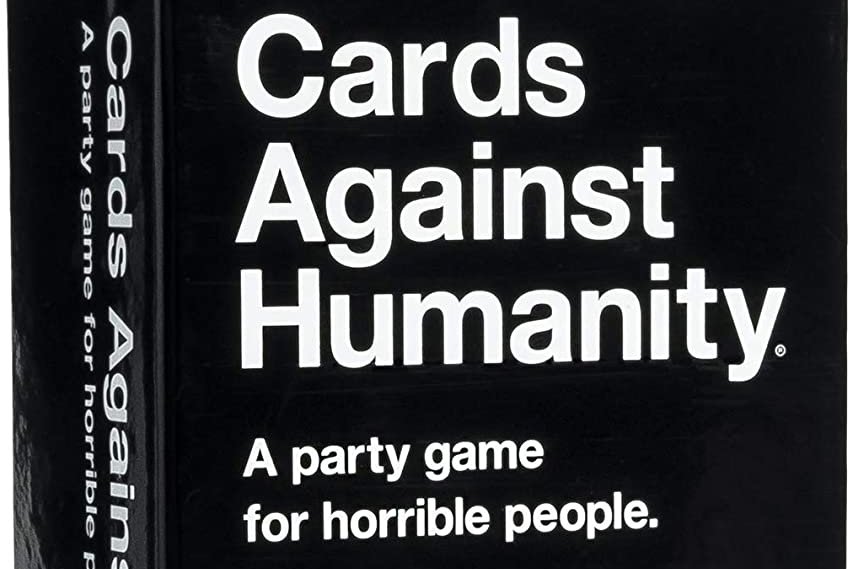 Cards Against Humanity, the hit “party game for horrible people,” has become an even bigger hit during the COVID-19 pandemic. Authorized and unauthorized versions have made their way online for socially distant games with friends, and the company even released a kid-friendly version for families quarantining together.

The game is an off-colour twist on Apples For Apples that lets friends fill in the blanks of sentences with phrases on cards like “sexual tension,” “pooping as quietly as possible” and “talking about the size of your penis on live TV.” The goal is to create the answer deemed the funniest by your friends in the game, which often translates into the most offensive. By giving you the tools to create racist, sexist, homophobic and transphobic answers, the game is often accused of being racist, sexist, homophobic and transphobic itself – or at least dog-whistling and creating the environment for those things to proliferate.

According to a new, very thorough investigation by Polygon, it turns out life imitates art. The story reports on claims from former employees about a racist, sexist office culture at the Cards Against Humanity’s offices in Chicago, one that disproportionately affected Black and queer employees. Since the investigation was published, co-founder Max Temkin has stepped down from his role at the company, but remains a one-eighth shareholder.

Since the game launched, cards like “Date rape,” “Surprise sex,” and “Not giving a shit about the third world” have been removed, though cards like “Child abuse” and “Trail of Tears” are still printed in new editions.

The writers’ room for the game has also diversified and the employees have attempted to widen the game’s appeal beyond a white, middle-class audience. But according to the story, they have repeatedly had their ideas shut down, especially about Black culture. Black employees objected to Black people in the game being generalized or reduced to a body part, with proposed cards like “African children,” “A sassy Black woman,” various “Black dick” cards and one reading “Toni Morrison’s vagina.”

One former employee, Nico Carter, tells a story that illustrates the alleged pattern of ignoring writers’ concerns about potentially offensive cards. He says he challenged a card that included the phrase “the N-word,” which Temkin pushed back at. “There’s just some sort of complete unawareness that he’s talking to a Black man about the N-word,” said another employee. “And he’s the boss of this card company.”

Employees talk about wanting to create cards that would punch up, rather than down, but were often shut down – especially when it came to rape culture. Temkin himself has been publicly accused of sexual assault according to the investigation, discussing the allegation was “a social taboo” at the company, and any jokes that punch up at rape culture were treated as part of that taboo.

Temkin is also accused of sexually inappropriate behaviour at the office, while other employees are alleged to be complicit.

The story goes on to report on how employees were afraid of challenging the founders of the game because of the influence Cards Against Humanity has in Chicago – that it would affect not only their job, but also their lives outside of the job. The company has no HR department.

“Some of these accounts are true, others are not, and a few we are continuing to investigate,” Cards Against Humanity said in a response to Polygon. The company also posted the full list of questions asked by the reporter and their answers, which you can read in full on their website.