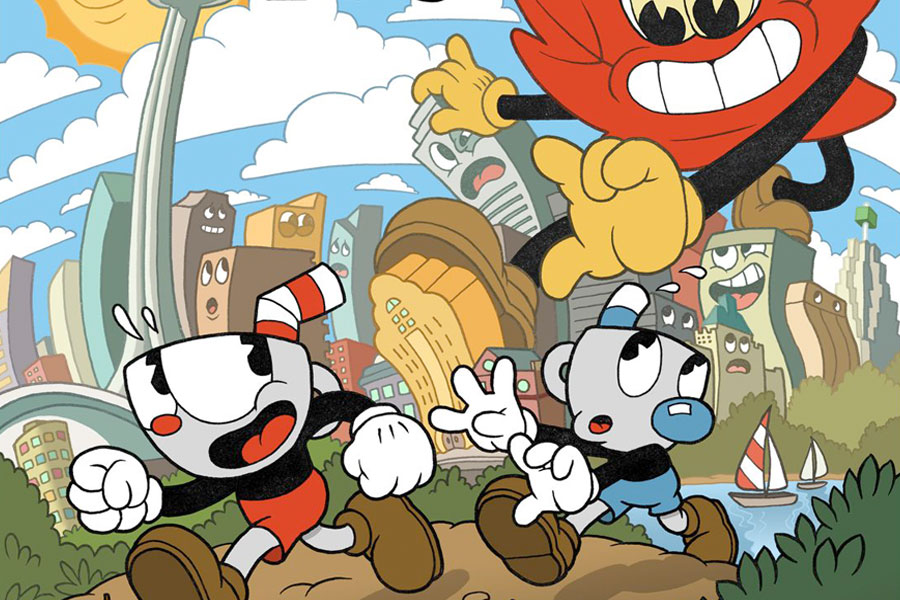 You wouldn’t know it from playing the game, but Cuphead is a serious local success story.

There’s not much that screams “Toronto” about Inkwell Island, the fantastical land where telekinetic carrots and boxing frogs stand between our hero and his brother Mugman’s soul debt to the devil. It’s a temporal time warp where frustratingly hard 80s-style boss battles and run-and-gun gameplay coexist with hand-drawn animal visuals reminiscent of 30s Disney and Fleischer cartoons and a big-band jazz soundtrack. But Studio MDHR, the family-run shop that made the cult smash game, is based out of Oakville.

“Every time we go to a show in the States, people will be like, ‘Oh, you guys are based in Seattle, right?’” laughs executive producer and lead inking artist Maja Moldenhauer. “But no, we’re very proud to be Canadian.”

After starting as an Xbox exclusive in 2017, Cuphead is now on all major consoles and platforms: Windows, macOS, Nintendo Switch and, as of last month, PlayStation 5. After a torrent of early hype, the game was notoriously slow to launch: Maja Moldenhauer, along with Cuphead co-creators Chad Moldenhauer (her husband) and Jared Moldenhauer (her brother-in-law), gave herself carpal tunnel syndrome while inking all 50,000 frames of hand-drawn animation. But now it’s taken on a life of its own.

An indie game made by a small team of family and friends, Cuphead has won awards from the Game Awards to the Junos, got a shoutout from Justin Trudeau and is becoming a Netflix series. It’s well-deserving of the top slot on our best Toronto video games list.

Reconnecting with their local roots, the Studio MDHR team illustrated an original cover for this week’s issue of NOW Magazine. Conceptualized by the Moldenhauers and drawn by illustrator Lance Inkwell, it turns our stereotypical flag-embossed maple leaf into an anthropomorphic Cuphead boss, while the CN Tower, Royal York Hotel and the rest of the bloodthirsty skyline become spectators in the high-class bout. 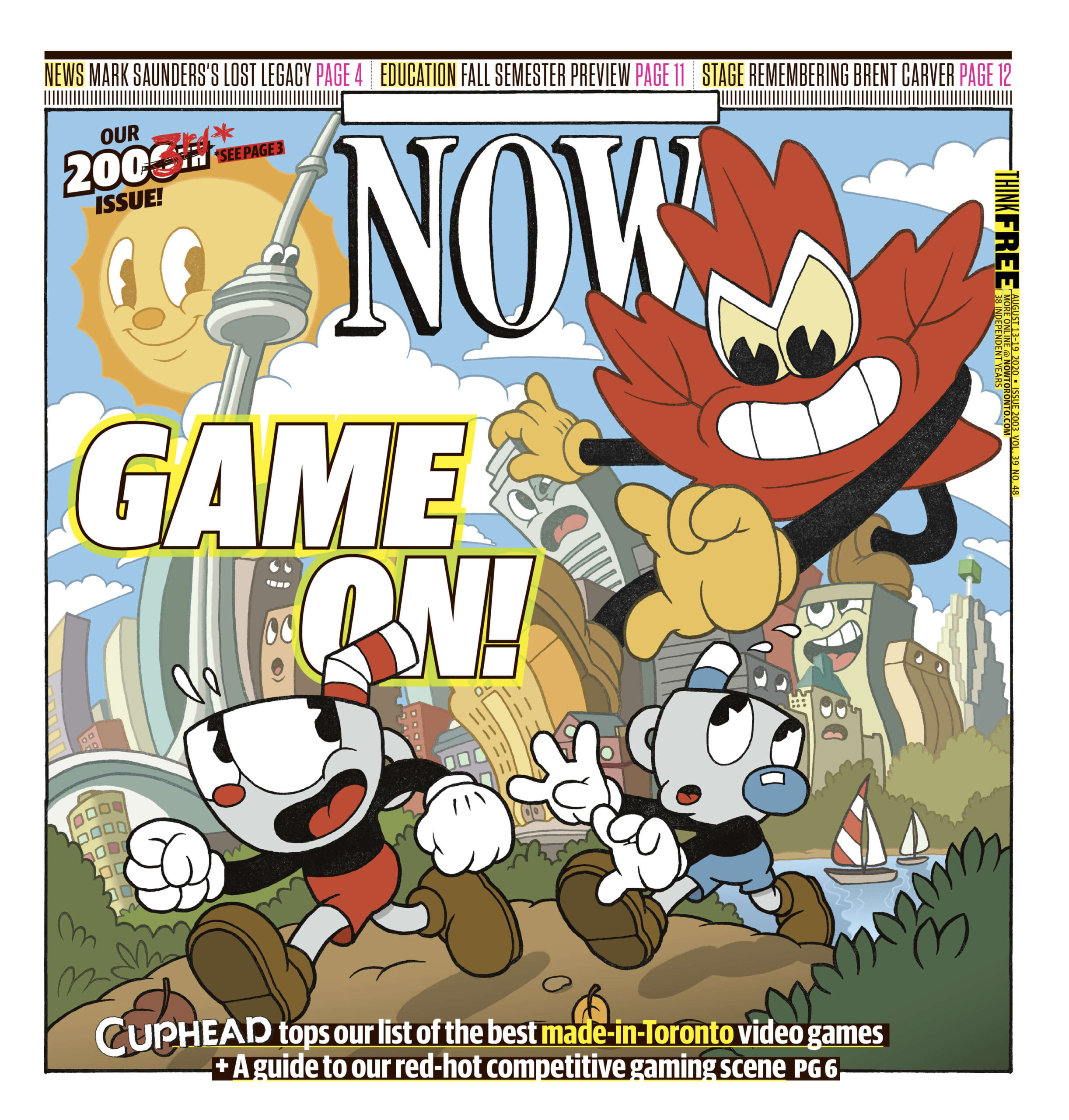 We caught up with Maja Moldenhauer to talk about all things Cuphead.

Cuphead took a famously long time to develop, but now it’s become a pop culture phenomenon. Kris Maddigan’s soundtrack has been celebrated, the characters are on t-shirts and lunchboxes, Cuphead is a playable character in Super Smash Bros., and you’re in development for The Cuphead Show on Netflix. Did you expect the game to take on this life of its own?

Hell no! No way. Never in our wildest dreams.  We have a licensing agency that we partnered with in New York called King Features. They called us up one day [and told us Netflix wanted to make a TV show] and we thought they were trolling us at first. They said, “No, no, look at the signature on this. There’s actual interest.” It’s ironic because we were so heavily inspired by cartoons and then turned [that inspiration] into a game. To now have the game inspire this cartoon really brings it full circle.

How much involvement do you have on the TV side?

I would say it’s more of an executive producer, oversight role. To see the whole timeline of the making of the series, I didn’t really appreciate how much work goes into these things. Like you see Paw Patrol or something like that on TV and you don’t realize all the storyboarding to concepting to writing and ironing out that goes into it. Our team [for the game] is so small, and Netflix has like 90 to 100 people working on one show. It’s kind of crazy. Every week the episodes take shape and form and they give so much personality and character to the bosses. It’s fun to see them come to life in that way.

You’ve said you don’t see yourselves as fully immersed in the video game world, but Toronto has a thriving indie game scene. Does that influence you at all?

Oh, for sure. When we decided to do this – a long, long time ago – it was around the time of Indie Game: The Movie (2012). When we saw the success of games like Super Meat Boy – and that it was possible for independent developers to really make a mark in this industry and not just have to be a AAA game [made by a major game publisher] or backed by some huge venture capital – it really gave us the guts to be like, “You know what? Maybe this childhood pipeline dream could actually be a reality for us.”

A lot of people think all games come out of [Silicon] Valley, but Toronto and Canada have such an amazing game presence. I think about Capybara [and their games] Critter Crunch, Super Time Force and Below – they’re right out of Toronto. There’s the Guacamelee games from Drinkbox Studios. Astroneer from System Era was co-founded partly in Toronto. It’s a scene that’s erupted. There’s so much talent. It’s so multicultural and diverse and you get so many different perspectives, and that’s why it’s a great petri dish for creating something unique.

Where do you see the game going next? Are you thinking about Cuphead sequels?

Right now, we’re really “head down, working hard” on the DLC [downloadable content, an expansion of the original game]. We have a few other things brewing in our minds, but after the first game, we realized if you announce things too early, even if it’s just a seed in your mind, people think that means you’re working on it immediately. We know where we want to go, but it’s definitely way too early to be talking about it.

Have you recovered from your carpal tunnel syndrome?

Not really. The last few months of Cuphead were pretty wild for us. We took a little bit of a breather to bring ourselves back. Chad and I have had three kids in the time that we started it to now, so it was nice to finally take some family time. Now we’re jumping right back into the DLC. If you put on a good book or a podcast, you can forget about the pain.