The esports world heads in an unexpected direction: back online 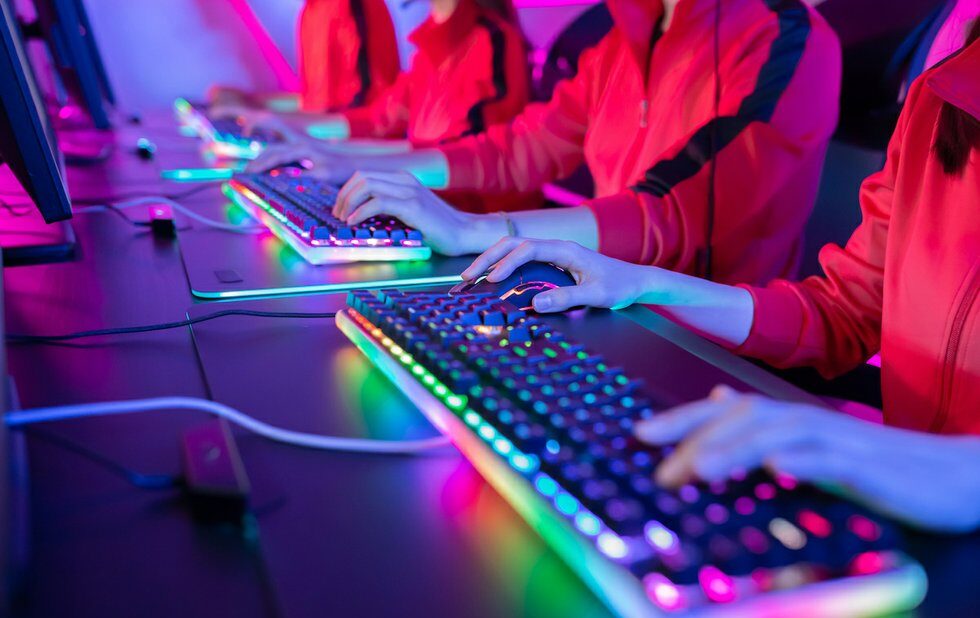 When future historians look back on the global entertainment landscape, they’ll remember the spring of 2020 as the moment when esports solidified its status as one of the all-time-great heavyweight players.

This has been a time marked by record-setting League Of Legends viewership on Twitch, the exploding popularity of NASCAR iRacing, and the trash-talk-fuelled success of the NBA 2K20 tournament.

But something’s gotten lost in all the positive news. Although esports giants like Dota 2 and the Overwatch League have quickly adapted to a world where mass social gatherings are off the table, the move has come at a hefty cost.

Stop and think about what you saw at centre stage last November, when FunPlus Phoenix won the League Of Legends World Championship finals in Paris. (Hint: from a marketing perspective, it was all about the on-stage presence of Louis Vuitton and Nike.) The business of esports has become a massive one, and that means brands ranging from Mercedes-Benz to MasterCard have been spending a lot of money to have a visible presence at the live parties – ­­ parties that are now on hold as eSports has successfully pivoted back to its online roots in response to COVID-19.

Still, online isn’t where the future lies. As much as online play remains a deeply entrenched and important pillar, the goal has always been to get esports on the same playing field as traditional sports like the NHL, NBA and NFL.

And the key to that is packing arenas.

Early indicators were promising, not only in traditional hotspots across China, but also on this side of the world.

Recall, if you will, August 2016, when Toronto became Canada’s first city to host a live League Of Legends event. When tickets for the two-day Legends Championship Series summer finals went on sale, the Air Canada Centre (home of the Toronto Raptors and the Toronto Maple Leafs) sold out in 34 seconds.

Part of the attraction is that live esports mega-events are designed around the philosophy that nothing entertains like a spectacle. Consider, for example, Riot Games’ League of Legends live finals, which have featured digital dragons swooping from the rafters and the clever rolling-out of League of Legends-spawned virtual K-pop idols K/DA.

But this spring has been all about the postponement of arena events that would have boosted the already meteoric-like profile of various leagues.

Across the country, 2020 was the year that the Overwatch League’s Vancouver Titans were to stage their first two homestand weekends at Rogers Area.

Obviously, the postponement of the team’s May 16-17 and July 4-5 home dates means a lot of tickets won’t be sold. And the economic damage doesn’t end there. Anyone who’s visited the merch table after a Rugby Sevens weekend knows that when you’ve just seen something incredible, you often want to take something home as a souvenir, whether it’s a $40 T-Shirt or a $200 team jersey.

Then there are the intangibles. The Vancouver Titans are owned by Canucks Sports & Entertainment, which also signs the paycheques for the Canucks. The organization’s esports director, Tim Holloway, said that the homestands were important for fostering a sense of community.

“How I like to describe it is that it was going to be kind of related to something like the SXSW music festival,” he said, “where we would be engaging and hopefully growing a lot of small, different communities that otherwise weren’t aware of each other, growing them into one holistic community, if you will – everyone from your core that’s loved the team since their Team RunAway days to someone that would be having their first esports experience.”

Tellingly, in a release announcing that live matches by all teams were being moved online, OL officials said, “The Overwatch League was built to deliver season after season of live, city-based events in front of our amazing fans.”

Note that they didn’t suggest that the Overwatch League was built for those who’d rather spend 12 hours a day on Twitch while cooped up in the house.

The Overwatch League isn’t alone. The League Of Legends’ LCS and European Championship are going ahead, but without in-person spectators. Call Of Duty has cancelled all homestand live events in favour of online matches.

Despite – or perhaps because of – such disruptions, online numbers have been huge. Global audiences devoted over 286 million hours in March to watching the big three of esports: League of Legends, Counter-Strike: Global Offensive, and Call of Duty: Modern Warfare.

But exclusively-online isn’t how esports had hoped to be doing business in 2020.

“Teams have obviously taken a hit in terms of live event revenues, for example the city-based model that we see in Overwatch League where ticket and merch sales belong directly to the host team,” he said.

As anyone who’s ever been to a Vancouver Canucks game at Rogers Arena knows, someone’s paying a lot of money to have their brand name advertised on the boards, in the concourses, even in the washrooms. And as with the Super Bowl and the Olympics, the higher the profile of a sporting event, the more money is at stake.

Which brings us back to last November’s League Of Legends World Championship finals. If you were one of the 100 million who watched the live broadcast from AccorHotels Arena in Paris, you might have noticed that China’s FunPlus Phoenix team accepted the winner’s trophy while standing beside a futuristic trunk designed by Louis Vuitton.

You can bet that this demographically perfect product placement didn’t come cheap. And with League Of Legends teams currently playing out of their homes in isolation, such lucrative centre-stage-in-a-packed-arena branding opportunities won’t be presenting themselves for the foreseeable future.

For now, esports is doing fine back where it started: online. But it’s in packed arenas where the march forward to world domination will continue.