The ESPN broadcast pitted real-life players against each other at video games, so I decided to dip my toe into the world of esports 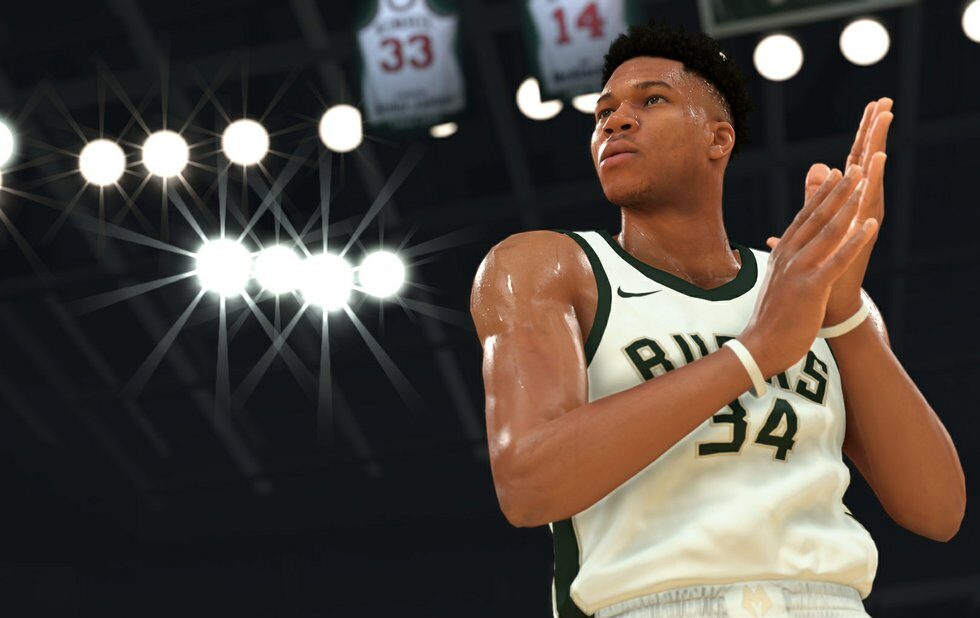 Giannis Antetokounmpo in NBA 2K20. Just about every player in the tournament chose to play as the Milwaukee Bucks.

As a basketball fan, I’m getting desperate.

The NBA wasn’t the first cultural entity to cancel due to coronavirus, but it was a pivotal development in the pandemic’s still-unfolding timeline. The day Utah Jazz centre Rudy Gobert tested positive for COVID-19 and the league swiftly suspended its whole season felt like the moment the tide shifted. Many North Americans realized this is really serious – life is about to change in a big way.

Well, now we know we won’t see new sports games for a very long time, at least not in front of a live audience. Despite Donald Trump’s prodding of all the league commissioners, some estimate live sports might not safely happen until 2021. (On the plus side, that might mean our Toronto Raptors will get to be reigning NBA champions for two seasons.)

So what’s a basketball fan to do? Sportsnet and TSN have already burned through the Raptors entire 2019 championship run. Serge Ibaka is hosting a talent show called How Talented Are You? on Instagram with some help from former teammate DeMar DeRozan. But that’s not exactly basketball.

Enter esports. In the United States, ESPN has made a big pivot into live gaming, an industry that’s booming right now. Over the past couple of weeks, the sports network and its Canadian equivalent, TSN, have aired the NBA 2K Players Tournament, which pitted real NBA players against each other for $100,000 of COVID-19 relief money. That culminated in a marathon broadcast of the semi-finals and finals on April 11.

As a basketball fan dipping my toe into esports, and back into video games in general, I’m the ideal viewer for both sports networks and game developers. We’re starved for serious competition (enough to watch players shooting a game of HORSE in their backyards in painfully low resolution), and esports has that to offer.

Unfortunately, this NBA 2K tournament didn’t convert me. At least not yet. But it did have its moments.

It was way too long

This thing didn’t have to be so dull. The tournament started with 16 players that whittled down to four – Devin Booker vs. Montrezl Harell and Patrick Beverley vs. Deandre Ayton – for Saturday’s broadcast. So why did it have to be six… hours… long?

Every matchup was a best-of-three, which felt totally unnecessary, especially since each one was a 2-0 sweep. The broadcast was padded out with celebrity interviews and at-home basketball tips from other players, which offered the occasional reprieve, but not enough.

Ronnie 2K (a bit of a celebrity in 2K circles), standing in front of a wall of sneakers, was a serviceable host, but extremely bland. The biggest jolt of energy came from Curb Your Enthusiasm’s J.B. Smoove, who seems effortlessly funny and charismatic. It made me wish he was the host.

It gave us a glimpse at the players’ personalities

We’re in the “player empowerment era” of the NBA, a time when basketball players are gaining power back from the owners and the league and taking increasing control of their destinies. Players are both workers and product, and it’s often their personalities that sell the game. What happens off the court is sometimes as exciting as what happens on it. That should suit the physically distanced new reality – we still have players, but we don’t have the game.

The tournament was a good spotlight for this dynamic. The players were in their own homes with a camera trained on them and a gaming mic capturing their every word. So finally, we could hear the trash talk that’s spoken of in hushed terms but rarely actually broadcast. There was some of that, especially from the Los Angeles Clippers’ Beverley, who’s one of the most intense players in the league. He was still intense off the court, getting fully animated when he won or lost – the only guy to drop his controller in frustration and walk off, at least for a second.

Harrell, in his glasses and chains and tie-died Mario-riffing fits, came out looking like the coolest gamer in the history of esports. For the most part, though, the players were relatively subdued, like they were holding back a little. The most you got was a repeated phrase like “lockdown defense!” or “that’s how we do it over here!”

So… I haven’t actually played NBA 2K20. It’s not like I’m regularly getting on the court to play five-on-five basketball either, but it’s hard to get too invested in the actual gameplay. Maybe if I had some sense of the players’ strategies or styles it would make a difference. Does their intricate knowledge of the game affect how they make substitutions? Are they running set plays? Are they taking tips from Nick Nurse and calling box and one?

You’d see stuff like that occasionally: Booker using Luka Doncic as an off-ball shooter instead of a ball-handler, or Harrell laying off any shooter except his (otherwise Clippers teammates) Kawhi Leonard and Paul George. Booker, who won it all, is a legit gamer. He was even streaming himself playing Call Of Duty when he heard the NBA season was cancelled. Ayton, his teammate in Phoenix, is avid too. The Suns, the team both players play for, pivoted to video games pretty much right away, simulating the rest of their season on 2K. And so maybe it’s no surprise that the teammates went against each other in the finals.

But for the most part, I didn’t get a sense the players were playing the game differently than you or I would. Having a live moderator would make a big difference. Instead, you got to watch that thing that gamers do when they’re in deep concentration, sharply reacting to things rather than speaking fluidly.

Everyone has the same favourite teams

Rather than just play as their own teams, each player chose a handful of teams and they could only use them once. Just about everyone picked the two LA teams, the Lakers and the Clippers, plus the Milwaukee Bucks. Those were the consensus best teams when the IRL season went on hiatus, so the players think like the analysts do.

Still, that was the part of the strategy that was interesting to see: which teams the players chose and when they deployed them. Booker, playing as the Raptors, taunted his semi-finals opponent Harrell when he laid off a three-pointer by Kyle Lowry. “You gotta play the whole clock, the ball moves over here in Toronto,” he yelled.

Ayton made the strangest picks, using the mediocre Brooklyn Nets in a pivotal semi-finals matchup (in virtual NBA, Kevin Durant isn’t injured and no one has chemistry issues with Kyrie Irving). He also played as his own team, the Phoenix Suns, despite them being a bottom-rung NBA team. Other players weren’t quite so loyal.

Give me more of the players’ thought processes, shorten the games and give us some different kinds of entertainment and this could be really fascinating for content-starved NBA fans like me. Without all that, virtual basketball just feels like watching some guys play video games in their basements. Which, I guess I am.