As the popularity of puzzles grows thanks to the pandemic, online communities are getting creative to keep an old-fashioned pastime affordable 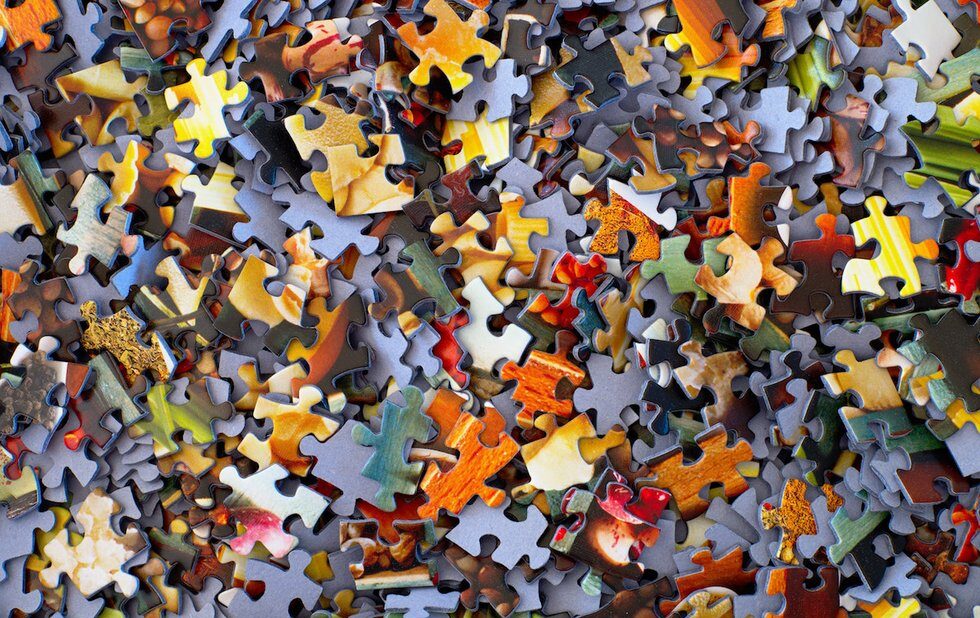 When the Great Depression hit in 1929, puzzles became popular with 10 million sold per week on average.

Unemployment was high, and many were finding ways to entertain themselves and their families at home instead of going out to restaurants or the movies. At $5 a box, puzzles were a luxury for the upper class at the time. But as the Great Depression continued through the 1930s, unemployed craftsmen and artists began cutting and selling sets of their own and prices dropped. Depending on the number of pieces, you could rent a set for a nickel or dime a night.

Almost a century later, in the midst of the coronavirus pandemic, the puzzle has made a similar comeback at a time when we have thousands of television shows and video games to keep us busy in self-isolation. And yet, to pass the time, many are turning to old-fashioned, reliable pleasures.

Popular Canadian games shop F.G. Bradley’s, which has the largest selection of puzzles in the GTA, has seen its sales rise by a whopping 511 per cent since March, when self-isolation measures began. The company has been scrambling to restock, with everything from 250-piece to 32,000-piece puzzles being purchased by novices and aficionados. Toronto’s popular Game & Hobby Zone has seen a spike in puzzle sales as well, around 400 per cent, with customers purchasing four to eight sets at a time. Board games and cards have also seen an uptick in sales.

Game & Hobby Zone, which will be launching a website later this month for online orders, is offering curb-side delivery and pick-up, as is F.G. Bradley’s, which is also taking online orders.

Meanwhile, Ravensburger, the largest puzzle company in the world, has seen sales rise by 370 per cent, according to Bloomberg.

“It’s been incredible. We’ve seen orders for puzzles skyrocket in just the last few weeks,” says Michael Micacchi, the marketing manager of Calendar Club, the largest specialty retailer in the country, which has seen sales mirror holiday numbers. All mall shops are currently closed, but sales have been pouring in online, with orders shipping straight from the company’s Paris, Ontario, warehouse.

“It’s been really challenging keeping them in stock,” says Micacchi. “Whenever we get more puzzles on the site, they sell out. We’ve definitely asked ourselves, ‘why puzzles?'”

Dave Patterson has a guess.

“I’m truly inspired to see the collaborative engagement that ‘analog’ puzzles are unleashing during this time of world-wide quarantine,” says the Calendar Club COO. “Puzzles are being built by the minute and gratifying hours just pass in a blur. They’re helping families, friends and loved ones around the world remember the value of the simplest thing we all need: connection.”

In Toronto, where regular puzzle meet-ups and tournaments are nothing new, it’s introduced many to a growing community.

Actor Anna Douglas – who hadn’t done puzzles since she used them to kill time backstage during theatre school – found many skyrocketing in price on Amazon recently, and decided to come up with a solution.

“The thing with puzzles is you can only do the same one so many times,” she says. Soon, she and a friend began comparing notes on their favourite sets. “I said we should trade when we we’re finished, then realized this may be something others would want to do as well. Enter The Toronto Puzzle Exchange. I made and sent the Facebook group to friends around the city and many posts were of those saying they couldn’t find any online and how glad they were for the group. It caught on and has grown. It’s become a fun little group to post progress updates and cheer each other on. It’s pure and simple, like puzzles themselves, and anyone can join.”

For Douglas, doing a puzzle is a kind of “cathartic” meditation that centres her focus, which feels especially important in our anxiety-ridden times.

“I get into a flow state with puzzles,” she says. “Turn on a movie or music, maybe pour a glass of wine, and just zone out or into the scene you’re building, one piece at a time. It’s hard to stop working on it once it gets going, but better that than sitting silently, letting Tiger King rot my brain and my morals. You can chat with someone over puzzles and let a little of your easily-entertained inner child emerge again, too. And it’s screen-free.”

Marissa Jazzlyse, a physics student at Ryerson University and a member of the similar Toronto Puzzle Swap, says puzzling has always been a way of life for her. Most importantly, it’s helped ease her depression and anxiety.

“It helps me a lot to just take an hour’s break from studying and do a quick puzzle,” says Jazzlyse, who has completed 14 puzzles since March. “There’s been a recent COVID-related death in my partner’s family, who I am isolating with, and it’s been helpful for them too. It’s distracted them from their sadness. We get up early and puzzle during the day while the sunlight is at its peak. We sit in peaceful silence together, or laugh and talk as we work.”

The Toronto Puzzle Swap was founded in 2018, and has hosted many events and swap meets since. “It’s been a great family, and it’s so fun just getting to share stories and experiences,” says Jazzlyse.

Like The Exchange, The Swap shares rules among its members on how to sanitize their puzzles and offer contactless trading. On the message boards, countless members share their completed works with great pride, and offer each other suggestions on more advanced projects. Members have doubled in just the last month.

The camaraderie is infectious and part of what has helped The Swap grow, says member Samantha Allen, a visual storyteller who put together a database for those looking to make affordable and unique purchases.

“I was puzzling long before the pandemic, so it’s a delightful surprise to see so many pick up the hobby,” says Allen, who has been completing multiple puzzles a week since she found herself unemployed due to the pandemic. “It’s a great group activity. For me, it’s another form of escape and accomplishment. And it can be personalized it allows me to indulge in my love of art. I’m quite particular in my taste I seek out the rare, the creepy, abstracts.”

For many puzzle fanatics, the hope is that their favourite pastime will become an increasingly popular one. After all – inflated Amazon prices notwithstanding – it’s both affordable and unifying.

“Maybe puzzles are the new adult colouring book, and when life gets back to whatever normal it’s going to be, the majority of people will slowly forget how much fun they are,” says Allen, with a spark of confidence. “But I hope not. I hope we see more all over the city. Like a great book, puzzles can be put away on a shelf and taken out any time and taken any place to be enjoyed anew.”

No batteries or USB required.