NOW MagazineCultureGamingScott Pilgrim Vs. The World: The Game is Toronto nostalgia overload 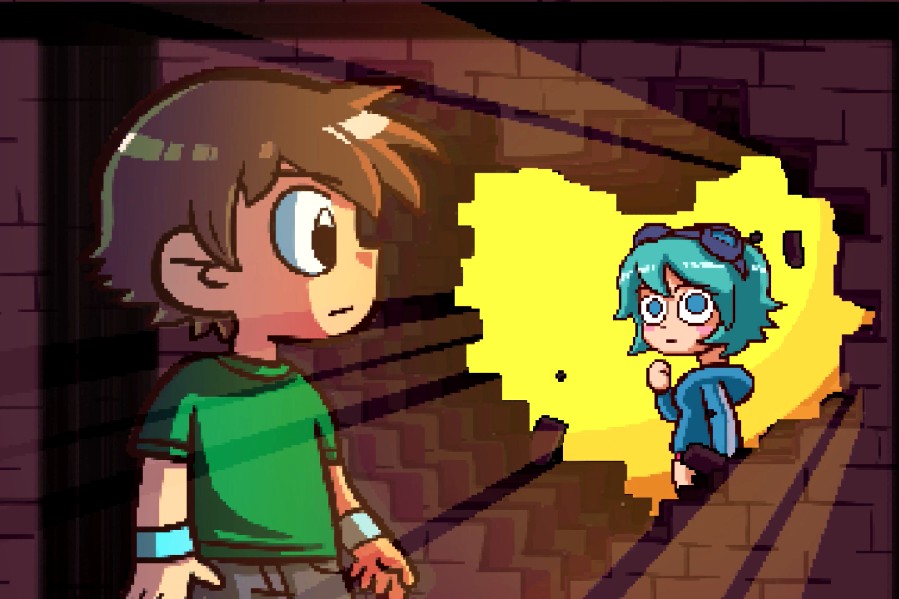 A screenshot of Scott Pilgrim Vs. The World: The Game.

Is it possible to be nostalgic for nostalgia?

Scott Pilgrim Vs. The World: The Game has so many layers of nostalgia layered on top of each other, it’s hard to separate them. Playing it in Toronto during a pandemic just piles even more nostalgia on top of that.

The game, now labelled the “Complete Edition,” was a minor sensation when it was released back in 2010. It popularized a retro sensibility that became ubiquitous among games made by indie video game developers. It’s been de-listed since 2014 (likely due to licensing issues) and unavailable on newer consoles, which has only grown its cult legend.

Now, just missing its 10th anniversary and the wave of nostalgic hype that followed the Scott Pilgrim movie’s own 10th anniversary, Ubisoft has brought the game back and made it available on PC, Xbox One, Stadia, Playstation 4 and Nintendo Switch (which is what I played it on).

Scott Pilgrim is considered one of the best licensed video game adaptations ever made. It’s based on the same source material as the Michael Cera-starring movie, a series of graphic novels by Brian Lee O’Malley about a 23-year-old slacker in Toronto and his quest to date a girl named Ramona Flowers by defeating her seven evil exes.

It’s about as natural a comic-to-game adaptation as there could ever be, even more than most superhero games. The comics were already steeped in references to classic video games (coins, weapons, points, etc) and structured like one, with escalating boss battles driving the action and pushing the momentum. It’s a video game based on comics based on video games.

And it nails those video game touches. It starts with a message screen that “winners don’t eat meat,” presumably a vegan police take on the load screen FBI quote “winners don’t use drugs.” There’s an overworld screen taking you from level to level that’s straight out of Mario 3.

Playing as Scott, Ramona, or other characters like Kim Pine, Stephen Stills and former downloadable extras Knives Chau and Wallace Wells, you travel through a series of side-scrolling environments beating up henchmen in Blue Jays hats and collecting new moves on your way to fight the evil exes.

It’s an old-school beat-’em-up, a genre that once filled arcades with games like Streets of Rage, Battle Toads and my personal favourite, Teenage Mutant Ninja Turtles: Turtles In Time. (Just typing that game’s name has “ahh shell-shocked” echoing in my brain from sometime in the early 90s.)

Nostalgia during a pandemic

I got reacquainted with Nintendo early in the original lockdown, and it’s been fun catching up on the evolution of gaming that’s taking place over the close to two decades I’ve been away from that culture. But if I’m being totally honest, I’ve really been chasing a feeling: that old, hard-to-pin-down sense of escapism that comes from an old game based more on pure fun than graphics or world-building.

With nothing but time to fill, I want to be taken back to the days when I could grab a seven-day rental from Blockbuster, pop that cartridge into my Super Nintendo and play it till I beat it (or until I got tired) with no worry about time, work or obligations. Of course, that longing is as much about the actual games as that childhood innocence and lack of responsibilities.

That’s hard to recreate when my reason for returning to the ultimate timewaster is a global pandemic (and also work), but it is a nice approximation. There’s a self-aware irony built into the game’s DNA to begin with. Its biggest strength is that despite the humour and references-upon-references, the button-smashing bliss is the overarching effect.

I didn’t play Scott Pilgrim Vs. The World: The Game back in its original heyday, but I do remember listening to the 8-bit soundtrack by chiptune-punk Anamanaguchi, a touchstone in that backward-looking genre’s own right.

Even without the original experience, there’s still a new level of nostalgia playing this game 10 years later. Though looking back at it now, it’s a bit of an embarrassing Toronto-man cliché, I couldn’t help but identify with the Scott Pilgrim universe when I first saw the movie in 2010 at the Scotiabank Theatre on my 24th birthday. There I was, seeing my world reflected back to me in neon arcade colour: going to indie rock shows at Lee’s Palace, flipping through CDs at Sonic Boom, eating pizza across from Honest Ed’s, reading NOW Magazine.

A Toronto that no longer exists except here

I’m now a thirty-something, and that Toronto no longer exists. You can’t watch the film now and not notice how many of the locations (most of them around Bathurst and Bloor) are now gone, demolished by developers or to make way for hulking dollar stores.

A lot of those locations are in the game too. There are fight scenes at a movie set at Casa Loma, a venue that’s obviously Lee’s Palace but here called Leo’s Place, on the roof of a TTC bus and in the subway, and on a balcony overlooking the CN Tower.

Even if those locations aren’t closed, they’re mostly off-limits now – not far from where I sit in my apartment, but more accessible on my TV in this video game NegaToronto. I can’t go see a show at Lee’s Palace, but Scott Pilgrim can go fight Todd Ingram at the dumpster outside Leo’s Place.

In his recent book for Coach House’s Exploded Views series, On Nostalgia, cultural critic David Berry argues that nostalgia doesn’t actually reflect the past, it rewrites it in our memories. We use it to establish our identities and brands play upon that primal feeling to sell us things, especially toys and video games.

That’s not an abstract concept here. It’s right in the palms of my hands.