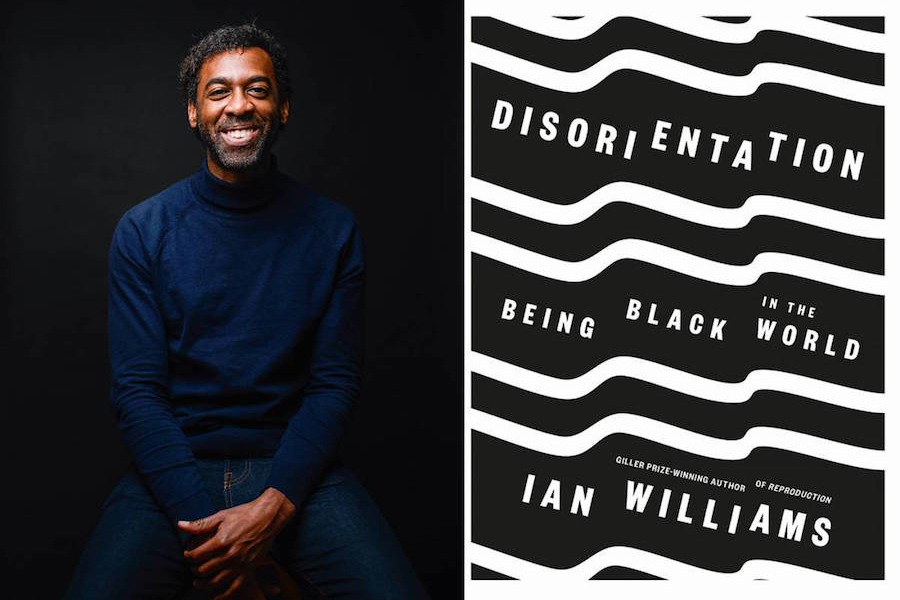 University of Toronto English professor Ian Williams reached the pinnacle of Canadian letters by winning the Giller Prize, but his new book marks a turn toward non-fiction.

THE DISORIENTATION OF DISCRIMINATION: KEI MILLER & IAN WILLIAMS as part of the the Toronto International Festival of Authors. Thursday (October 21) a 3 pm. Free (with registration). festivalofauthors.ca

Poet and novelist Ian Williams felt there was something missing from public discussions about racial justice when he began writing Disorientation: Being Black In The World. And that was the “disorientation” that people of colour experience when they’re constantly being made aware of their race.

In the book, he explains that it often begins with a startling realization in childhood that they’re being looked upon differently due to their skin colour – and this can be quite traumatic.

Williams, a University of Toronto associate professor of English, said in an interview that this disorientation can take many forms during life. As an example, he recalled how a woman’s body language tightened when he entered an elevator at Pacific Centre in downtown Vancouver.

“I’m just kind of scrolling through my phone and… something in her freezes,” Williams said. “Some kind of alarm goes off in her, and this happens in her almost involuntarily. Whatever conditioning she has received about Black people is being expressed at that moment.”

Last year, Williams planned to write a novel as a follow-up to his Giller Prize-winning Reproduction. But he couldn’t get his mind off three monumental issues: the exploding international movement for racial justice, which originated in the U.S.; the pandemic; and wildfires, which reinforced the magnitude of the climate crisis.

“I said ‘I’ve got to address this burning world right now – in non-fiction, not through fiction or poetry or anything – directly as possible,’ ” he said.

Williams said that he is sometimes reminded of his race when he’s picking up groceries at a farmers market.

“The person in line wants to know where you’re from,” he said. “And those kinds of reminders white people don’t get on a daily basis or on a frequent basis. No one keeps badgering white people about their otherness.”

The upshot, he added, is that people of colour sometimes process their environment in terms of whether they belong there. According to him, the disorienting events impose a psychic toll.

“It takes a huge expenditure of emotional energy to keep recentring yourself all the time – to say that I am more than just this category that people keep reminding me of,” Williams said.

The former UBC creative-writing prof wrote one essay in his book about being stared at when he’s the only one of his kind in a situation. He calls this the “Look”.

“However, when I’m with white people, the Look is negligible, maybe even invisible, to them,” Williams writes. “I read the Look as racialized, they read it as neutral, as looking rather than a look, as a fellow human scanning their environment.

“These white people are not insensitive to nuance,” he adds. “If there’s something flirtatious or sexual in a look, they pick up on it. So I wonder whether they actually do not see the racialized Look or whether they are denying it in order to avoid a pending race conversation they see as unnecessary. A long, awkward conversation after a quick look.”

Williams was inspired by American novelist, playwright and essayist James Baldwin, who wrote trailblazing works from the 1940s to the 1980s about racial, sexual, and class differences. When asked if he might one day be considered our generation’s version of Baldwin, Williams humbly replied: “I can’t even be in the same sentence as James Baldwin.”

Yet there is a Baldwin-like quality in his eloquent essays, which are deeply personal and offer nuanced observations about race relations across society.

For example, he devotes a fair amount of attention to whiteness, which is rarely discussed in the mainstream media.

“There is a difference between whiteness and white people,” Williams writes in the book. “Yet, I cannot resolve the difference as neatly as I would like.

“After all, white people uphold whiteness and transfer its crimes to institutions, processes, bureaucracy, to keep their hands clean in the same way that some wealthy people launder their assets,” he continues. “The institution of whiteness is better protected than white people themselves.”

Another example comes in his analysis of social media.

“As a Black person, one grows wary of the discrepancy between what people claim to believe and how they actually respond to one’s existence,” Williams writes. “By the time you reach middle age, quite battered by the accumulation of false claims, you find it hard to trust and forgive, to accept a hopeful prognosis because of a promise.”

In the same essay, Williams outlines his well-considered ethical framework for when and how he discusses racial issues.

“Already, I’ve had to toughen up because some people disagree with things in the book.”