Celebrate women’s rights and gender equality at these panels, parties, concerts and more 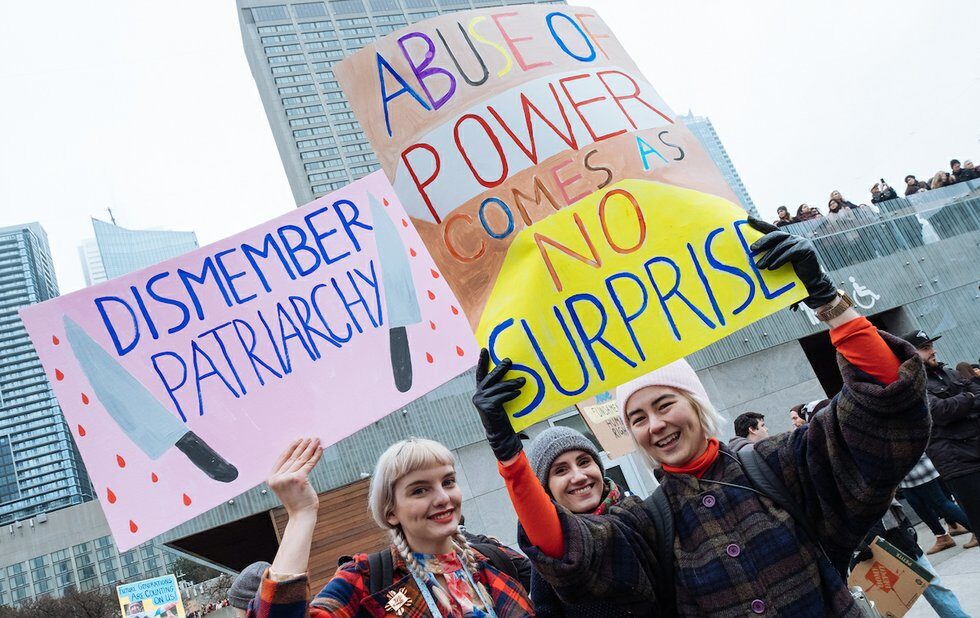 International Women’s Day is a day to thank the women in your life for everything they do. It’s also a day to celebrate all our historic achievements and, most importantly, to remind everyone there’s still a lot more work to be done.

Even with misogynists trying to drag us down, women have many achievements to celebrate.  There was closing that sex doll brothel that let men live out their darkest fantasies, and it took three years to shut down a misogynistic newspaper spewing hatred against women and Jewish people. Of course, Doug Ford‘s government immediately rolled back the progressive new sex-ed curriculum – stripping out references to consent, gender identity and same-sex relationships.

Nonetheless, women rallied together in freezing temperatures for the Toronto Women’s March in January, proving nothing can stand in the way of equal rights. So grab your girl gang and head to these inclusive events for women and allies. Maybe bring Brad and Chad – they could learn a thing or two.

Gather in solidarity and grow the resistance with women and allies. End the day at the information fair at Ryerson and support your local feminists.

Feminist media critic, author and Feminist Frequency web series creator Anita Sarkeesian is coming to the ROM to talk representation of women in historical narratives, as well as the role of women in the gaming industry with Globe And Mail journalist Erin Anderssen.

Women Who Dare To Be Powerful

CP24 reporter Cristina Tenaglia and Nadia Hasan from the National Council of Canadian Muslims will share their stories of strength, growth and risks of daily life at this panel event.

Women And The Business Of The Arts

An Evening With Tarana Burke

Fresh from her appearance at the Toronto Black Film Festival, the American activist and #MeToo founder is heading to Mississauga to talk about the genesis of her now-viral hashtag – and how it took 25 years of social justice work to build momentum behind it.

Playwright Jocelyn Bioh puts an African spin on the American teen comedy genre in this show about rival beauty pageant contestants at an exclusive boarding school in Ghana.

Cocktails at the Broadview Hotel

Juno-winning R&B musician Jully Black will give an a capella performance and keynote address at this benefit for the Daily Bread Food Bank. The event also features a panel discussion with FemPower founder Halima Al-Hatimy and public health advocate Samiya Abdi, plus performances by Raging Asian Women Taiko Drummers, poet Naeema Hassan and others.

Canadian musicians and bands Michie Mee, Elena Harte, Moscow Apartment come together to tell us the stories behind their music. Kinnie Starr hosts.

This four-day festival features performances by women in the city’s improvisation and jazz scenes. Each day, varying performers will be at different venues across the city, including Kayla Milmine, Bea Labikova, Tova Kardonne and Laura Swankey.

Build some muscle and sweat the patriarchy away for a good cause with personal trainers from Fit Squad and The Real Toronto. No one will be mansplaining this workout routine. Tickets are $30 and all proceeds go to Sistering Toronto.