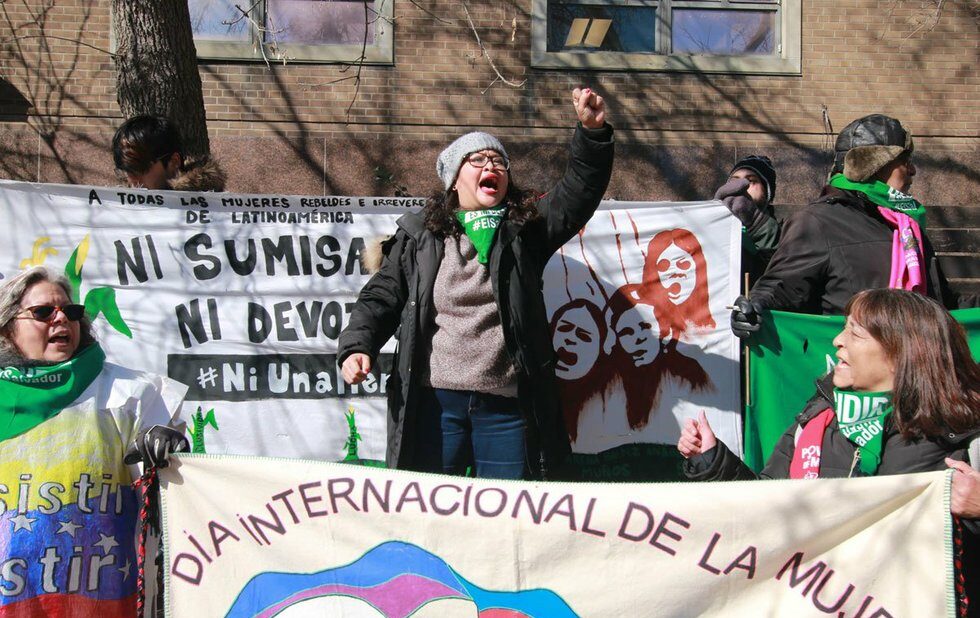 Samantha Bee is returning home to headline the Canadian Women Foundation’s annual fundraiser. The comedian and host of the late-night talk show Full Frontal With Samantha Bee regularly went viral when the show launched during the 2016 election season. With the U.S. primaries in full swing ahead of this fall’s general election, Bee has been telling reporters the show will focus on finding joy in a tense news cycle while also highlighting women who are blazing an optimistic path forward in politics. Bee will give a keynote talk and then CBC host Amanda Parris will moderate a one-on-one talk and Q&A.

This three-day conference is packed with events, including a panel talk on storytelling featuring artist Tanya Tagaq and journalist Tanya Talaga an afternoon of mother-child artmaking hosted by Mothra and a keynote talk and performance by rising artist Jeneen Frei Njootli, a Sobey Art Award finalist and founder of the ReMatriate Collective, which works toward better representation of Indigenous women in media.

The Women From Space Festival returns for a second year, expanding beyond last year’s all-local local and improvised music focus to feature kulingtang-pop ensemble Pantayo, experimental musician Alaska B of Yamantaka // Sonic Titan and the pedal steel guitarist and improviser Susan Alcorn, among others. Check out our interview with founders Bea Labikova and Kayla Milmine here.

The improv comedy jam with an all-female-identifying lineup goes big for IWD with performances by the troupe Fire!Fire!Fire! and 20-odd emerging comics. The showcase takes place on the first Thursday of every month.

It’s a packed year for IWD music events, but none so robust as this summit for hip-hop, reggae, R&B, electronic and Indigenous music. Over three days at the Centre for Social Innovation (192 Spadina), Basso Lounge (320 Queen East) and the Hideout (423 College), there are panels on mental health, motherhood, grant writing and funding, a producers panel and beatmakers showcase. It closes with a Queens Of The Game showcase featuring a strong local hip-hop and R&B lineup – LUKALA, TRP.P, Lex Leosis and at least six more.

A few years ago Rachel Shaw of the doom metal band NLP wrote a guide to women in Toronto’s heavy rock scene, and now she’s organizing Queens Of Noise. The show features four heavy rock, stoner and doom bands from Toronto with women at the helm: NLP, Joan Smith and the Jane Does, Horse Lung and Second Pass. They’ll also be spinning tunes exclusively from GTA bands with women in them, like Rough Spells, Häxan, Smoulder, Witchrot, Blood Ceremony and more. All proceeds will go to the Canadian Women’s Foundation. “The community has grown and strengthened and friendships have been forged through music,” writes Shaw in an email. “It’s quite incredible to see the list of bands grow with women represented on all fronts.”

Local teen folk-rock duo Moscow Apartment host this afternoon concert. They’ll be joined by all-ages-friendly bands and songwriters including Sky Wallace, Tange, Caroline Brooks, Mimi O’Bonsawin, Stones and Lavender Bruisers. The show is in solidarity with Wet’suwet’en and all proceeds will go towards the Indigenous group’s legal defense fund. Meanwhile, funds from a raffle, auction and t-shirt making will be donated to Climate Justice Toronto.

The annual rally is the signature IWD event in Toronto and this year’s theme is The World is on Fire – We Are Rising. The rally begins with speakers in the OISE auditorium and is followed by a march to Ryerson (55 Gould) for an info fair organized by the Ryerson Centre for Women and Trans People.

Jully Black is an icon in Canadian R&B and soul, so what better choice to headline Hugh’s Room Live’s IWD concert? Decades into her career, Black keeps adding more to her resume, recently making a very well-received musical theatre debut. Catch her at this stately venue.