How fairy tales offer an alternative to fascism and racism 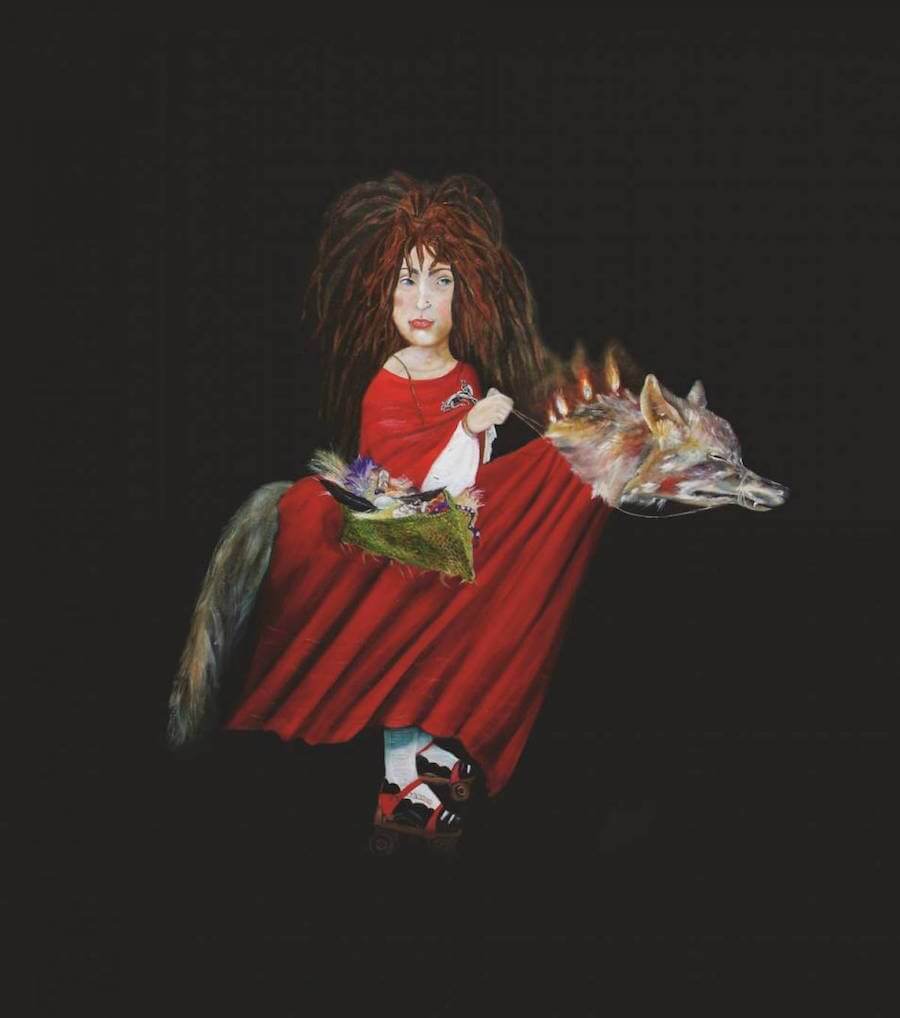 Sharon Singer’s painting of Little Red Riding Hood graced the cover of Jack Zipes’ book Fairy Tales And The Art Of Subversion: The Classical Genre For Children And The Process Of Civilization.

On the phone from his home, the University of Minnesota professor emeritus explains it’s a “myth” that these stories are sweet, pretty, and shallow – even though many were “sanitized” in later versions by the Brothers Grimm and in Disney movies.

“Fairy tales deal with problems that we have not resolved,” Zipes says. “And they provide alternatives, for instance, to fascism, alternatives to absolutism, to any type of racism.”

Zipes plans to share stories of 20th-century fairy-tale creators who inspired people to rise up against the Nazis.

For example, in Deirdre and William Conselman Jr.’s Keedle, the Great: And All You’ve Ever Wanted to Know About Fascism, a nasty child who kills insects grows up and tries to dominate the world.

Another 20th-century story, Yussuf The Ostrich, features a bird befriended by an Arab boy who takes him to school to learn to read. The ostrich is the fastest runner in the region, so he becomes a messenger for the American forces fighting the Germans in North Africa.

“He’s captured by the Nazis and they want to kill him,” Zipes reveals.

Two dachshunds befriend him in captivity. And even though the little dogs wear jackets with swastikas, they hate the Nazis. The illustrator and writer, Emery Kelen, was a Hungarian Jew and First World War veteran who fled Europe in 1938 and ended up working for the United Nations.

He says that one of his missions in life is to draw more attention to “wonderful, very significant authors and illustrators” from the 1920s to the 1950s who have been neglected.

“I want to unbury them before I’m buried,” Zipes quips.

As an example of a socially conscious fairy tale, he cites Little Red Riding Hood. Most people believe it’s a story about a girl who ventures into the forest before going to her grandma’s house, where a woodcutter saves her from a wolf.

“That’s not the original tale whatsoever,” Zipes insists. “It’s a tale about violation of women, rape of women.”

According to Zipes, early versions began with the young girl – considered naive, stupid, or innocent – collecting flowers because a wolf tells her that her grandmother might like them. Then the wolf runs to the grandmother’s house, devours the old woman, and later asks Little Red Riding Hood to get into bed after she arrives.

“Sometimes she does a striptease, takes off all her clothes, gets into bed, and asks three questions – the last one always being, ‘My, what a big mouth you have,’ ” Zipes says. “He says, ‘All the better to eat you with.’ ”

In 17th-century French author Charles Perrault’s version, the wolf eats the girl. The moral of that tale, Zipes says, is that little girls who invite wolves into their parlours get what they deserve – a stigma that still hasn’t been erased more than three centuries later.

“That ideology still exists today,” he adds. “As we talk, every four minutes a woman is being raped or violated in this world, all over the world.”

Zipes says that Hansel And Gretel is really about child abandonment and child abuse. He’s studied many versions of Cinderella, including one in which she murders her wicked stepmother to stop the abuse.

Miscellaneous Productions’ Carol says Zipes was one of the first to “really deconstruct the myths of the sanitized fairy tales and go back to the originals.”

That’s one reason why she wanted him to be the first to appear in her company’s series of online events called “Pandemic Projects.”

Miscellaneous Productions was founded in 2000 and describes itself as a “hip-hop theatre boot camp” for youths who face multiple barriers.

“We know he’s going to get a huge audience,” Carol says. “He’s like a rock star in the fairy tale and folklore world. He’s got an enormous international following.”