The plight of queer bars in Toronto during COVID-19

With so few queer spaces left in the city, these bars have been forced to close after facing astronomical rent and growing debt 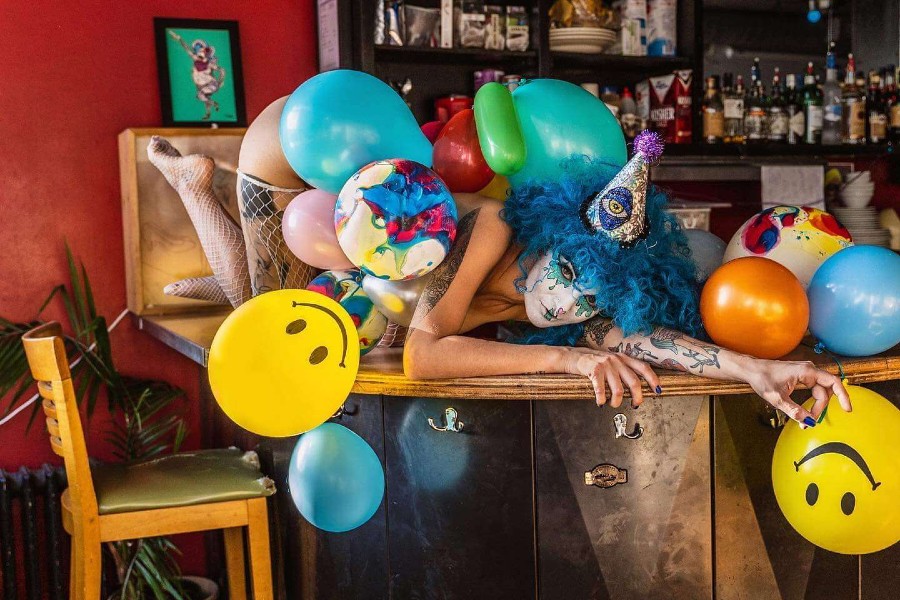 When the pandemic hit in March, Adam Cowan, co-manager of Toronto queer bar The Beaver, says the decision to shut down was pretty inevitable and immediate.

“It was already a labour of love more than something profitable and we knew it would turn into a money pit at that point,” he says.

The queer bar officially closed in July, and co-manager Jay Wice says they received a huge outpouring of love and support from everyone who had frequented the place.

“It made it obvious how wide an impact it had on the community,” they say. “It was a queer space for queer people; we were the place that all the weirdo misfits got to go and be unapologetically ourselves and have that be celebrated.”

Many bars and restaurants have been forced to permanently close since the start of COVID-19. Even with shifts to take-out, delivery and patio service over the summer, food and drink establishments in Toronto have been unable to keep up with high rent and overhead costs. This is especially apparent within the city’s queer community.

With already-limited options for LGBTQ+ folks to find safe spaces in the city, the community has been hit hard by the pandemic as queer bar after queer bar in Toronto shuttered, leaving only a few venues like Crews & Tangos, Pegasus, The Gladstone and Black Eagle surviving, but barely. Crews & Tangos turned to GoFundMe last November to stay afloat.

“When you’re catering to a queer audience, statistically, queer folks don’t have as much money to go around,” says Wice, explaining the unique financial challenges for a queer bar in Toronto. “So you have to find that weird, happy middle where people will still be able to come out and drink but not worry that they’re spending all of their rent or food money.”

A storefront formerly known as The Beaver.

He says the pandemic was the final straw for The Beaver, which was already struggling before as an establishment in Toronto with “the astronomical rent” and their small size. This sentiment was echoed by Todd Klinck, co-owner of trailblazing queer nightclub Club 120 that shut its doors back in May.

“The overhead of running a business of the size of ours was such that we really didn’t have any extra money,” he says. “We were pretty much done the minute we had to close as we needed the money from that weekend, and the following weekend to pay the rent.”

Klinck says they would have been paying tens of thousands of dollars every month to stay open due to rental and insurance costs, which he says were more than double what they were the year before.

“I think mathematically, once we knew that the shutdown was actually real and was going to last, then it was pretty much a no-go at that point.”

Kristine Lukanchoff, owner of the Old Nick Pub, made the tough decision to close the queer-friendly pub on the Danforth permanently in October after struggling with accumulating payments.

“Coming off of January, February, March in the restaurant industry, it was pretty tough,” she says. “To be shut down in March with no income was tough. The debt kept growing. I couldn’t continue being open and having the same bills at limited capacity.”

The owners of Crews & Tangos turned to GoFundMe in November to stay afloat.

Financial pressures aside, the decision to close for queer businesses is also laden with the knowledge that for many members of the Toronto queer community, their business was one of a few safe spaces in the city for people to attend. Klinck says that Club 120 had become very niche-oriented within each of the queer communities, catering to very specific smaller groups for events throughout the years.

“Members of the queer South Asian community told me that the type of music we played at the Bollywood parties was often the same kind of music they would play at weddings in their community. But the context was they could let loose and sing along and dance in a queer environment to the type of music that they’ve been hearing at their family weddings for decades. Our mandate was to find ways to make each unique community feel safe by having a non-judgmental space.”

Klinck says they learned over the years to use the straight community to subsidize smaller queer events like ballroom and voguing parties that were less profitable.

Lukanchoff struggled with closing the Old Nick Pub’s doors despite growing debt because she knew how important the space was to the queer community.

“What was hardest for me was that I felt like I was letting part of my community down,” she says. “I did everything I could to keep those doors open because I knew it was an important space for people. I had people tell me over the years, ‘It’s a safe space, I feel like I’m okay here, thank you for having a place where I feel comfortable.'”

“Those spaces were places where individuals who didn’t have anybody would go to be comfortable. To not have those places anymore, especially through the dark days of this [pandemic], it’s just like, what’s left?”

Her bar has been a queer-friendly space from the moment they opened in Toronto. They’ve managed to stay afloat through alternative revenue sources, such as selling cocktail kits to-go and running a small chicken tender side business. Ultimately, though, she says it doesn’t come close to what they were making as a bar beforehand.

“It’s stressful because there’s no end in sight,” she says. “You have to always be prepared to come up with something else. At this point, that’s the only way anyone’s really surviving. Come up with another idea and keep going.”

Buddies in Bad Times had to pivot to online during the pandemic.

Queer spaces of the future

Looking forward, queer spaces might look a little different in the coming months and years as businesses adapt to post-COVID life and to the changing needs of the queer community. Ajeya Gonzalez, founder of queer collective FOMO, says that is what prompted her to start the collective two years ago.

“I just realized that there was a need for another space, because when people think of the queer community in Toronto, they think Church Street and they usually think white, cis, male,” she says.

FOMO has so far hosted parties, a pride market, wellness events and other community-based activities. Gonzalez says there is also a sub-collective called JOMO, standing for Joy of Missing Out, that runs sober events. “I realized it’s really hard to meet queer people as a sober person, because where are you supposed to go?” she says.

She says many people of colour and femme-identifying people have been coming out to events, and she says she’s been learning a lot about the gaps that need to be filled for queer spaces in the city.

“Someone messaged me before an event asking if there was going to be strobe lights because they’re epileptic, and I realized there needs to be more events for disabled queer people too,” she says.

At Buddies in Bad Times Theatre, interim programming director Daniel Carter says that having to pivot to digital events and programming because of COVID-19 has been eye-opening for the theatre.

“We saw the opportunity to really expand our reach as the longest-running venue to queer theatre, and be able to expand outside of Toronto and connect with queer communities across Canada,” he says.

They ran months of social media programming, with over 50 artists doing an Instagram takeover. Carter says it was great to see the way artists were challenged to think about the various ways they could engage with the queer community. However, he notes that it was their national pen pal project that gained the most traction.

“I think the digital programming really did open us up to new audiences, but I think there’s also Zoom fatigue, so there are sort of needs and desires for other ways to engage and connect with queer community,” he says.

With the pandemic still going and queer spaces continuing to close, online spaces like Club Quarantine remain the primary source of contact for queer people in Toronto and beyond. But the demand for physical spaces to gather is high; bars and clubs have historically played a major role in the queer community and each loss from COVID-19 is deeply felt.

Wice and Cowan say they’re actively looking for a new place to re-open The Beaver. They have willing and trained staff ready to go and are just in need of some extra funding.

Nogueda is keeping a positive outlook too, explaining that her and her partner have recently bought another space in Toronto. They’re planning on opening another bar similar to Shameful Tiki, with a nautical twist.

“I think there’s so much negative out there, and I want to focus on how everyone is still pushing to keep going, because we definitely are.”

Julia Mastroianni and Alana Nogueda discuss this further in the latest episode of the NOW What podcast, available on Apple Podcasts or Spotify or playable directly below: