Luminato 2019 lineup: a mirror maze, a Leonard Cohen tribute and Roomful of Teeth 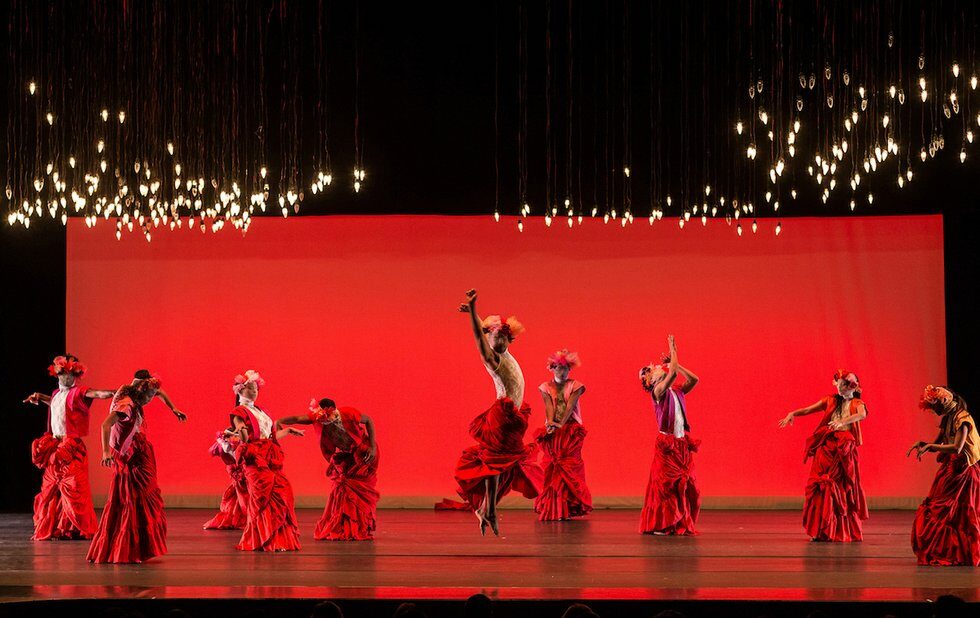 A mirrored maze, performance tributes to Leonard Cohen, Kazuo Ohno, Willie Dunn and Robert Mapplethorpe and an outdoor concert featuring hundreds of choral singers are among programming highlights at the 2019 Luminato Festival.

The 13th annual multidisciplinary arts fest, which is being overseen for the first time by newly appointed artistic director Naomi Campbell, unveiled its full lineup on Wednesday, March 13.

In all, the 17-day festival will feature 165 artists and 88 performances in 14 venues around town.

The installation House Of Mirrors will put an eerie, high-art twist on the classic carnival attraction (and more modern, Instagram-able attraction). Created by Australian duo Christian Wagstaff and Keith Courtney, the maze features 55 tonnes of steel and mirrors and will make its North American debut in Toronto at Harbourfront’s Exhibition Common.

Big international names will be represented in Triptych (Eyes Of One On Another), a hybrid theatre/music show co-commissioned by Luminato to mark the 30th anniversary of the death of American photographer Robert Mapplethorpe. The show features large-scale projections of Mapplethorpe’s most famous photos, original music by The National’s Bryce Dessner, poetry by Korde Arrington Tuttle, Essex Hemphill and Patti Smith and vocals by the innovative vocal ensemble Roomful of Teeth. The group, which counts Pulitzer Prize-winning composer Caroline Shaw as a member, is making their Toronto debut at Luminato.

Ahead of Luminato, Mapplethorpe will also be the subject of a month-long solo exhibition at Olga Korper Gallery.

Elsewhere in the lineup, avant-garde Colombian dance company La Compania Cuerpo de Indias’s elegy Flowers For Kazuo Ohno (And Leonard Cohen) will have its Canadian premiere in Toronto. The show pairs movement inspired by the late Japanese Butoh dancer with music by the late Canadian poet/musician.

Indigenous musicians will come together at Koerner Hall for Biziindan!, a tribute to late singer/songwriter and First Nations activist Willie Dunn. Hosted by ShoShona Kish of Digging Roots, the one-night only concert will feature Polaris Prize winners Jeremy Dutcher and Lido Pimienta, Marie Gaudet and Pura Fé. The show will end with a screening of Canada’s first music video, The Ballad Of Crowfoot, which was created by Dunn in 1968.

Another big event featuring Indigenous music talent is the world premiere of Maada’ookii Songlines, a free outdoor concert that takes place on the final day of the festival an hour before sunset at Harbourfront Centre. The show will see 200 singers from eight choirs, four soloists and an ensemble of Indigenous performers come together and it will end with a piece composed by cellist cris derksen. The concert is directed by opera director Tim Albery and Tapestry Opera’s artistic director Michael Mori.

Another major show includes the world premiere of Canadian puppeteer Ronnie Burkett’s Forget Me Not. He created 100 one-of-a-kind hand puppets so each audience member can play a role in the show, which is set in “The New Now,” a place “where written words are forbidden and the underground movement of hand-drawn letters is a powerful act of defiance,” according to the festival’s description.

The big announcements are rounded by Rite Of Spring, the North American premiere of Chinese performer and choreographer Yang Liping’s new show which reinterprets the Stravinsky score of the same name with a narrative about ritual sacrifice from Chinese and Tibetan perspectives.

Other programming includes Monday Nights, an interactive basketball clinic/theatre hybrid produced by Luminato and The Theatre Centre The Drawing Room, an art exhibition of work by Syrus Marcus Ware, Leslie Loksi Chan, Shelley Niro and others The Cave at Soulpepper Theatre, a climate change-themed show that will be live streamed KIRA, The Path | La Voie, a dance production by Lua Shayenne Dance Company and choreographed by Fara Tolno and the final installment of director Susanna Fournier and choreographer Amanda Acorn’s The Empire trilogy, Four Sisters.