Mandy Goodhandy is opening a new live venue on the Danforth 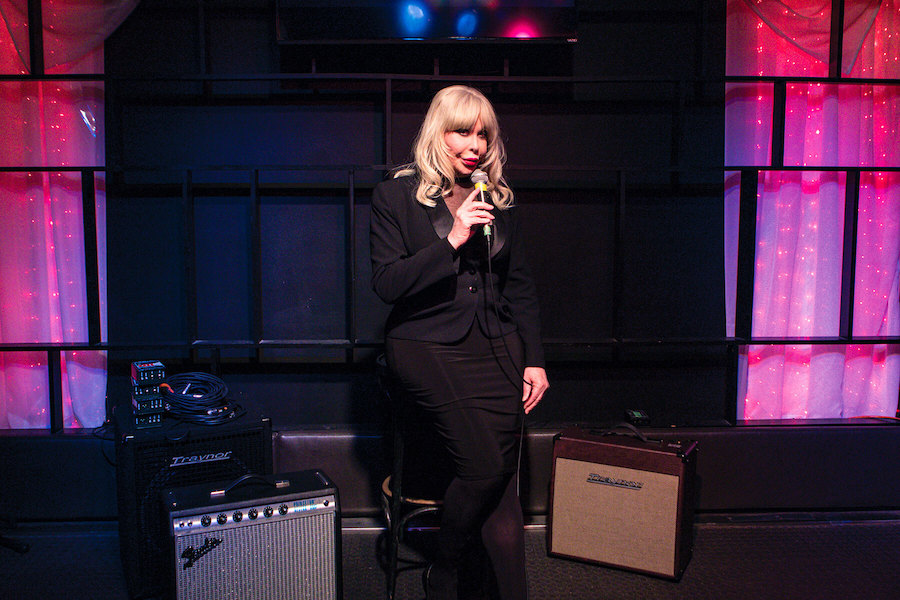 When Club 120 and 120 Diner became an early casualty of pandemic restrictions, co-owner Mandy Goodhandy thought she was done with the nightlife scene in Toronto.

The entrepreneur, performer and sex work activist envisioned moving to the east coast to be close to family, opening a small place and semi-retiring.

“I thought it’d be nice to open a little place, get drunk and lie on the grand piano,” she tells NOW via phone.

Instead, she’s teaming up with 120 Diner chef Richard Henry to take over a Danforth space that was formerly home to the Old Nick Pub, a 27-year-old watering hole with a queer-friendly reputation that shuttered last November.

Henry, who has worked at the Lakeview Diner, Les Rossignol and Le Canard Mort, reached out to Goodhandy and floated the idea of taking over the Old Nick’s old home at 123 Danforth.

The popular pub’s closure was a loss to neighbourhood, but Goodhandy (aka Amanda Taylor) plans to continue its legacy of inclusivity when she reopens it as Mandy’s Bistro on the main floor and Goodhandy’s Lounge on the lower level.

She and Henry are describing the new venture as “all the best of the 120 Diner, Goodhandy’s Club, Club 120 with touches of the Old Nick.”

When she and business partner Todd Klinck rebranded the two-floor space at 120 Church from “pansexual playground” Goodhandy’s to Club 120 and 120 Diner in 2012, it was a rare instance of a sizeable, queer-owned nightlife spot booking events for a variety of audiences.

“This will be the same thing,” she explains. “A gay man and a trans woman who own a business in an area that is attracting queer people to live there. I’m not trying to make it a queer space or a heterosexual space – it’s going to be welcoming to everybody who appreciates good food and live entertainment. It’s important that it will always be a safe and welcoming space.”

The ground-floor restaurant will host comedy, music and cabaret performances, while the lower level will have more of a Club 120 vibe, albeit for smaller crowds of 20-30 people. Goodhandy’s long-running T-Girl social mixers for trans women will resume there, and it will also be available for small and private event bookings.

“It’s going to be more intimate but it’s still going to be the flavour of the type of events we had at Club 120,” she says.

Mandy’s Bistro will be similar to 120 Diner, but with two big differences: it’s in a location with a lot of foot traffic and it has a back patio.

120 Diner’s neighbourhood at Church and Richmond was not popular with pedestrians, so Goodhandy’s strategy was to book acts and promoters who would bring their own crowds.

Located between Broadview TTC station and the Danforth Music Hall on the busy the Greektown strip, Mandy’s Bistro and Goodhandy’s Lounge won’t have the same issue. And the back patio means people who walk in looking for casual drinks or a meal can hang outside if a show is happening inside.

She hopes the venue will be ready to open in September, pending renovations since the landlord completely stripped everything from the Old Nick’s interior, including the stage and the bar. Goodhandy and Henry are aiming to raise $40,000 of their $100,000-plus budget via a crowdfunding campaign. They’re installing a new kitchen, a new stage, a sound booth and redoing the washrooms so they are single occupancy and gender neutral.

“Bathrooms are important to people,” she says. “It’s time to get with the program on the gender situation. How can I not, particularly as a trans woman who has the opportunity to move into the 21st century regarding people’s gender comforts?”