An American In Paris soars during the superb second act numbers

AN AMERICAN IN PARIS by George and Ira Gershwin and Craig Lucas (Mirvish/Aubrey Dan). At the Princess of Wales (300. 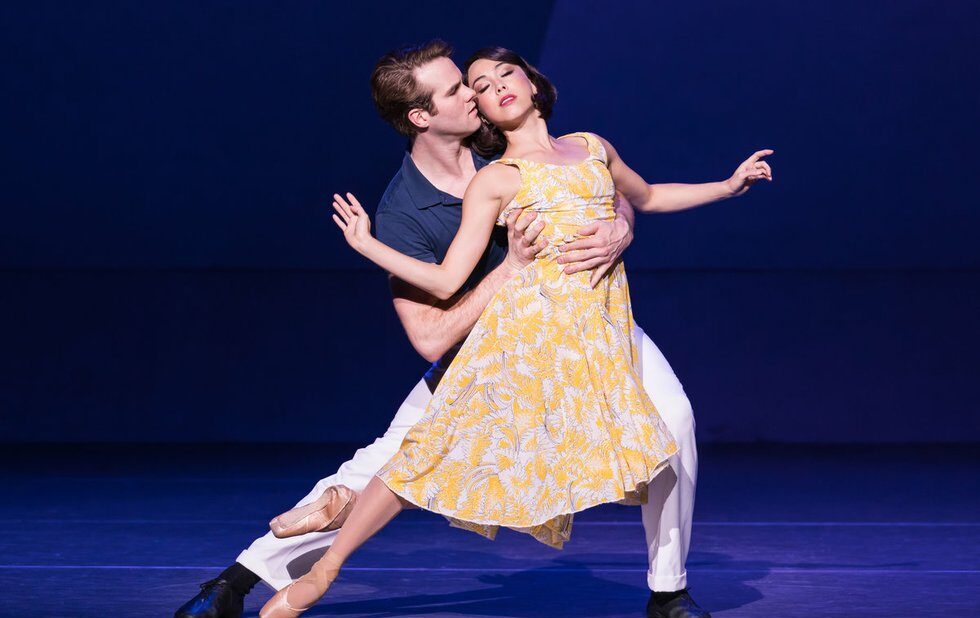 McGee Maddox and Allison Walsh are the dance duo of your dreams in An American In Paris.

If youre tempted to leave during intermission silly plot, uneven acting/singing, a lack of narrative tension resist the urge. The second act of the Gershwin musical An American In Paris pays off with a series of numbers, including the titular dance sequence, that are totally worth the price of admission.

Playwright Craig Lucass laboured book expands on the plot from the frothy movie musical, situating the show right after the Second World War, when the French were recovering from the German occupation and Americans were discovering the cultural riches of the City of Light before heading home to the staid U.S.

In the time it takes to order a decent baguette, all three men are soon obsessed with Lise (Allison Walsh), a French shopgirl who also happens to be a first-rate ballerina. Adam is writing the ballets score Jerry, conveniently discovered by American heiress/ballet benefactor Milo (Kirsten Scott), is soon hired to create the ballets sets and Henri already has a relationship with Lise that will take another act to reveal.

Theres so much going on in the first act that your attention will likely wander, especially when group numbers like I Got Rhythm, at least as directed by choreographer Christopher Wheeldon, lack spontaneity and charm. And a plot line about Henris sexual orientation is brought up and never resolved.

But oh, the second act. From the surprising group sequence Fidgety Feet to the transformation of a modest jazz club to the flashy Radio City Music Hall, theres one marvel after another. (The only misstep is the awkward, ineffective juxtaposition of two songs which would seem to be a musical arrangers no-brainer.)

Its all capped off by the 15-minute ballet that references both modern dance and art, where Bob Crowleys sets and costumes literally pop, and yet feels coolly contemporary.

Its here that Maddoxs elegant line and grace make up for his merely passable acting and singing, and that Walsh, a former Joffrey Ballet soloist, gets to demonstrate a depth and range not hinted at earlier.