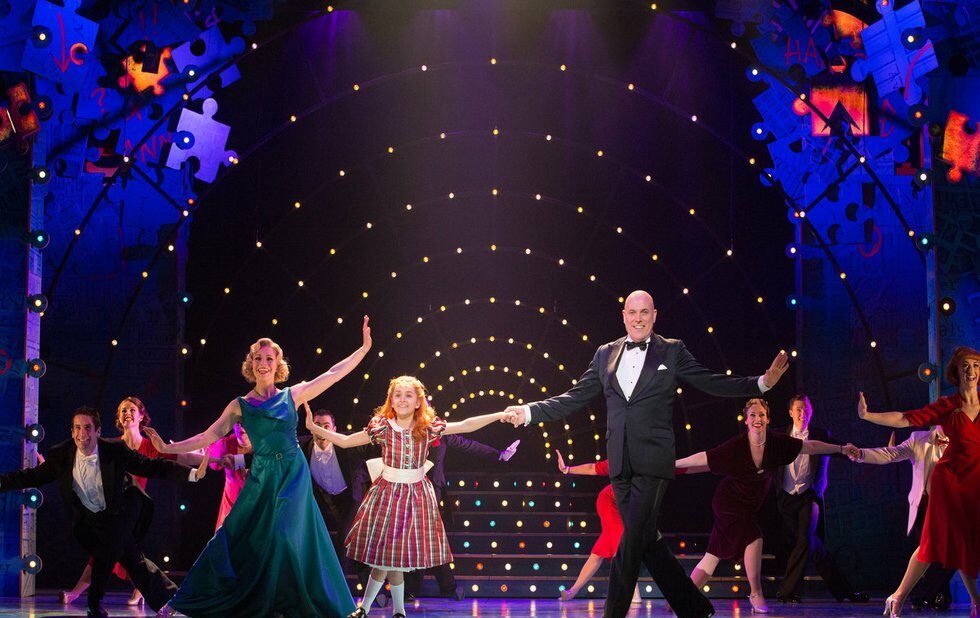 I’ve always been a sucker for Annie, Thomas Meehan, Charles Strouse and Martin Charnin’s musical based on the story of comic strip heroine Little Orphan Annie’s search for her parents in Depression-era New York. The leads are appealing, the tunes catchy, the villains despicably fun and, when done well – as it was during the most recent Broadway revival in 2012 – its spirit of optimism infectiously enjoyable.

But whether it’s the current cynical political climate in the U.S. or this lacklustre, tin-eared touring production from the UK, the thing just doesn’t work this time.

Most of the blame goes to Nikolai Foster’s production, which features an ugly, monotonous set (by Colin Richmond) that takes its cue from the puzzle of Annie’s parentage (and seems a rip-off of the more intriguing design for Matilda), bizarre choreography (by Nick Winston) that makes some scenes seem mechanical and an uneven troupe of actors.

The big-name draw is the Miss Hannigan of Lesley Nicol, who trades in her Downton Abbey apron and cap for flowsy print dresses and a curly red wig streaked with white. Nicol has some musical credits – she was in the original UK cast of Mamma Mia! – but besides seeming winded for much of the show, she brings nothing new to the part of the alcoholic orphanage overlord.

The title role is being shared by two performers. Opening day’s was Isobel Khan, who seemed to deliver her spoken and sung lines phonetically, so little did she connect with the words.

The group numbers with her orphan colleagues are normally a highlight, but they perform each song like automatons.

Much better is Matthew Hawksley, as Rooster, the ex-con brother of Miss Hannigan, whose energy level reaches as high as the leaps he adds to his dancing and Bobby Delaney, who makes the double role of radio announcer Bert Healy and an uptight U.S. cabinet minister into something joyous.

Best is Alex Bourne, who has a big, authoritative voice and takes the role of single-minded entrepreneur Daddy Warbucks seriously. He even makes you ignore the possible pedophilic overtones of Warbucks’s relationship with the little tyke.

During the opening performance, Sandy (Ella), Annie’s furry friend, had focus issues. The dog kept looking away from Annie, into the wings, for something more interesting – or tasty.

I know how you felt, Sandy.