NOW MagazineCultureMusicalsCaroline, Or Change is smart, dramatic and emotionally stirring

Caroline, Or Change is smart, dramatic and emotionally stirring 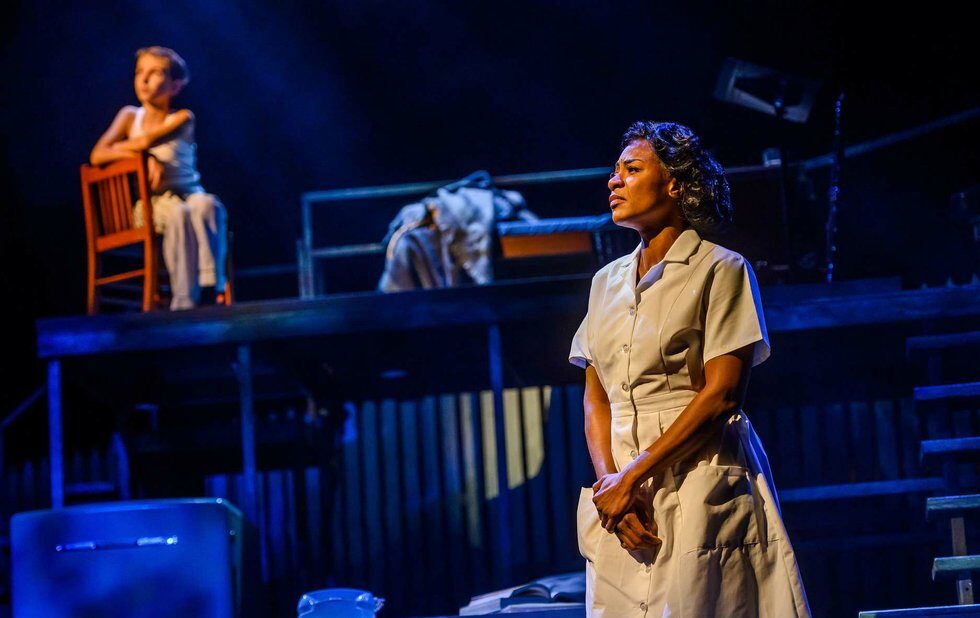 Anyone who thinks musicals are light and frothy needs to see Caroline, Or Change, a show that tackles race relations in the civil rights era with lots of musical and dramatic complexity.

Caroline Thibodeaux (Jully Black) is a 39-year-old Black divorcee and mother of four who works as a maid for the Gellmans, a progressive, middle-class Jewish family living in 1960s Louisiana.

The precocious Noah spends lots of time watching Caroline do the laundry in their stifling basement, feeling special because she lets him light up (but not inhale) her single daily cigarette.

The musicals plot turns on a situation involving loose change that Noah absentmindedly leaves in his pockets. Wanting to instill in him some sense of responsibility, Rose decides to let Caroline, who gets paid $30 a week, keep whatever money she finds in the laundry.

But composer Jeanine Tesori and lyricist/book writer Tony Kushner are less concerned with plot than they are with character.

I should point out that the characters include, besides members of the Gellman and Thibodeaux families, some inanimate ones as well. Perhaps to suggest Carolines loneliness and isolation, Tesori and Kushner have anthropomorphized the washing machine, dryer and radio her daily companions down in the basement.

And in a device that adds a bit of metaphysical grandeur, even the moon is evoked by the regal and elegant soprano Measha Brueggersgosman.

Sometimes these additions, especially that moon, can seem twee and precious. But because Caroline is such a contained, emotionally shut down person for much of the show, they suggest something of her inner life and imagination that she doesnt reveal to anyone else.

Tesoris score is a marvel, blending everything from R&B, gospel, classical and Jewish harmonies to evoke the eclectic characters. Kushners book and lyrics are just as effective, especially when showing various aspects of class struggle, including condescending white privilege. Sometimes, however, his rhymes can seem a tad too cute.

R&B star Black, in her musical theatre debut, has a striking presence thats felt even in the few scenes when shes not onstage. While she could modulate her emotional range more in the first act, her big second act number, when Caroline unleashes all her pent-up anger and pain, is astonishing.

Hay is equally impressive as the neurotic, well-intentioned Rose. And Vanessa Sears soars as Emmie, Carolines headstrong daughter whose prospects are much brighter than her moms that change in the title has special resonance for her.

But this is a first-rate production of a major musical that is as insightful and dramatic as it is emotionally involving.